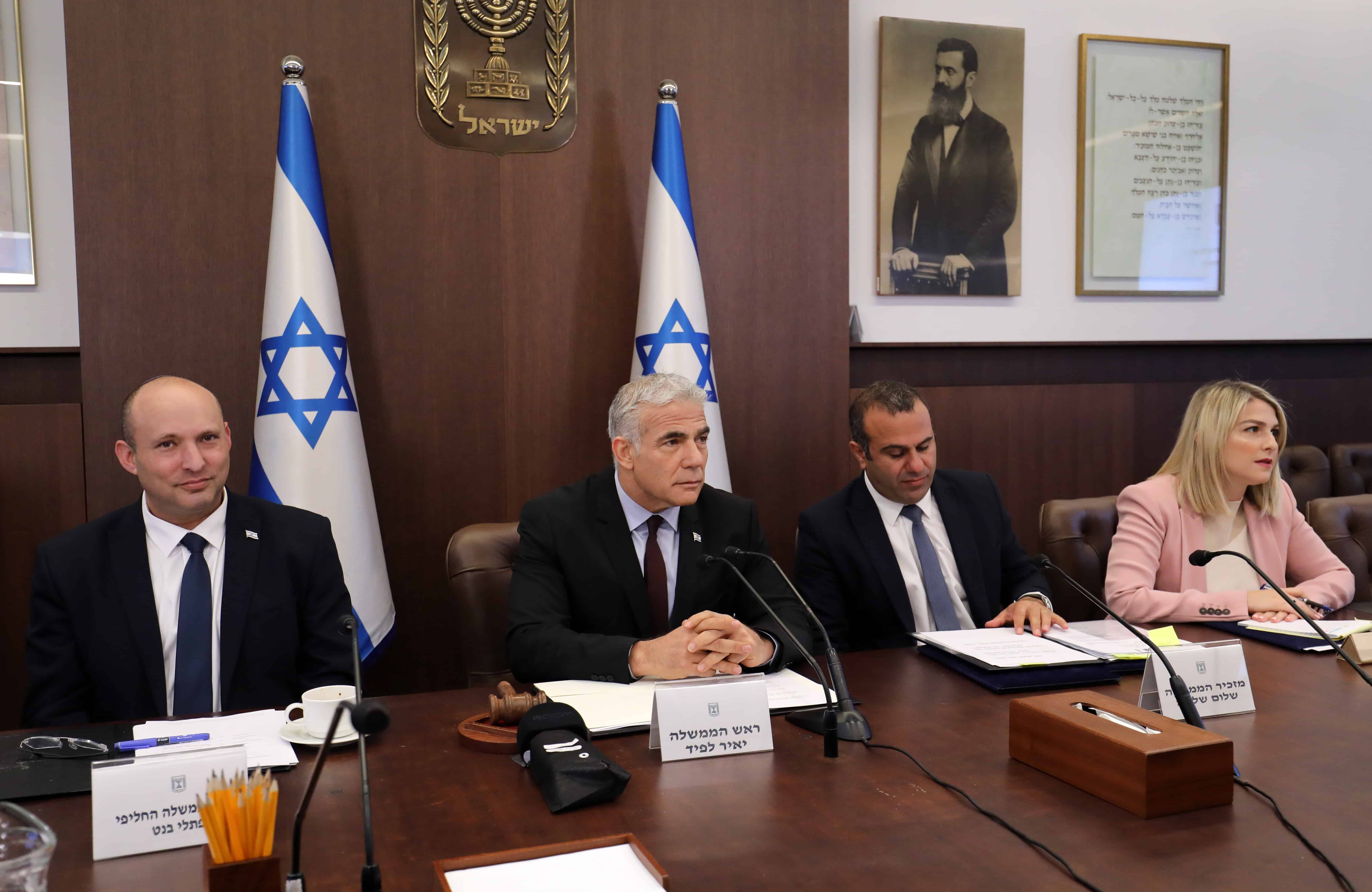 Israeli Prime Minister Yair Lapid makes his first foreign trip as premier on Tuesday to Paris, where he will ask President Emmanuel Macron to intervene in a gas dispute with Lebanon.

Lapid took over the premiership on Friday following the collapse of Israel’s coalition government, which will see the country return to the polls in November for its fifth election in less than four years.

The nascent leader was confronted with his first test a day later, when Lebanon’s Hezbollah movement launched three drones towards an offshore gas field in the eastern Mediterranean.

“Hezbollah is continuing on the path of terrorism and is hurting Lebanon’s ability to reach an agreement on a maritime border,” Lapid said Sunday.

Israel and Lebanon resumed negotiations on their maritime border in 2020, though the Karish site sits outside of the disputed area and is marked as Israeli on previous United Nations maps.

The US-backed talks have been stalled by Beirut’s demand that the UN maps must be modified.

Hezbollah’s backers Iran will also be on the agenda at the bilateral talks in Paris, as Israel stands firmly opposed to international efforts to revive a nuclear accord with Tehran.

Israeli officials fear that giving Iran sanctions relief in exchange for curbs on its nuclear program could allow Tehran to boost funding to Hezbollah, as well as the Palestinian militant group Hamas.

Lapid’s predecessor Naftali Bennett described Israel’s arch foe Iran as an “octopus”, which reaches its tentacles across the region.

The new Israeli premier has pledged to do “whatever we must” to prevent Iran “entrenching itself on our borders” or acquiring a nuclear weapon.

Ahead of Lapid’s arrival in Paris, a senior Israeli official said the Lebanon gas issue will be high on agenda during talks at the Elysee Palace.

“We will ask France to intervene to secure the negotiations that we want to lead until the end of the gas issues,” the official told journalists traveling with the premier.

Lapid’s Paris visit comes days ahead of US President Joe Biden traveling to Israel and the Palestinian territories, before flying to Saudi Arabia for energy talks.

Washington is seeking to stabilize the global energy market following the Russian invasion of Ukraine, which led Moscow to cut its gas supplies to some European countries.

Israel and Egypt signed a deal last month to boost gas exports to the European Union, as the bloc attempts to end its dependency on Russian energy.

“The Lebanon issue is essential and Lapid will come back to the Israeli position, according to which Hezbollah is first and foremost a threat to the future of Lebanon,” said the Israeli official, who requested anonymity.