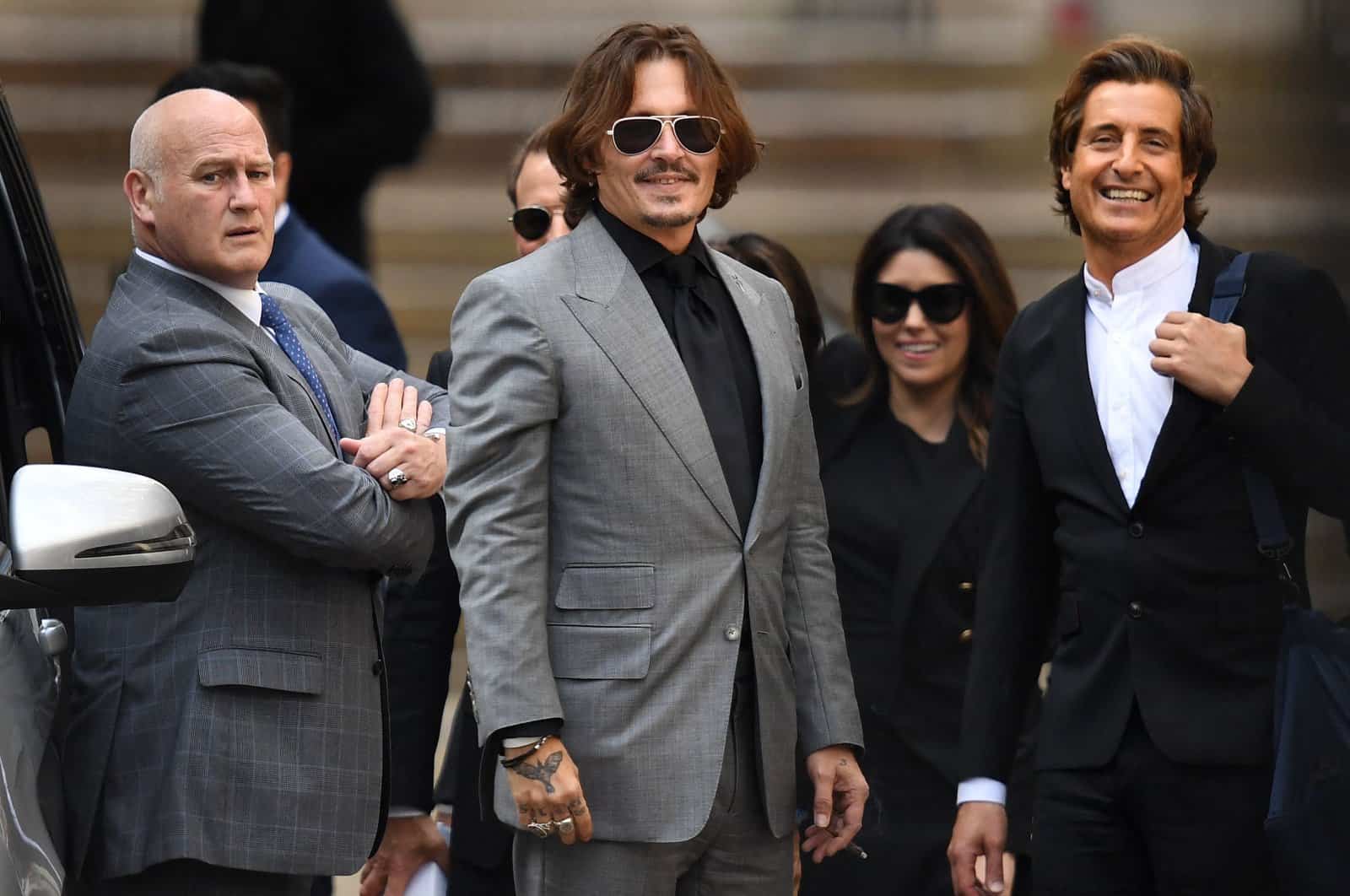 In this file photo taken on July 28, 2020 actor Johnny Depp gestures as he leaves the High Court after the final day of his libel trial against News Group Newspapers (NGN), in London. (AFP Photo)

By TRENDS Desk AFP
July 29, 2022 1:30 pm
Share
Johnny Depp on Thursday sold a collection of prints he created of Hollywood and rock icons for around £3 million via a UK gallery chain.
The 59-year-old “Pirates of the Caribbean” star has spent millions on a bitter legal battle with his ex-wife, the 36-year-old actress Amber Heard.Depp wrote on Instagram on Thursday morning that the prints were going on sale online at Castle Fine Art, which runs a network of UK galleries.

The art retailer posted a photo of Depp working on a portrait of singer Bob Dylan.

It said that the collection of prints called “Friends & Heroes” was “a testament to those he has known well and others who have inspired him as a person”.

The gallery quoted Depp as saying: “My paintings surround my life, but I kept them to myself and limited myself. No one should ever limit themselves.”

The gallery chain later posted a tweet saying that “Johnny Depp broke the internet” and its website had crashed due to demand.

#JohnnyDepp broke the internet! Website will be back up soon.

All the prints were marked as “out of stock” by Thursday evening. There were 780 pieces of art.

Depp in June won an award of $10 million in a defamation case against Heard in the United States, while she won $2 million in damages after counter-suing.

Heard is appealing against the verdict of the jury trial, which was live-streamed to millions and featured lurid and intimate details about the former couple’s private lives.

Depp previously lost a libel case against the British tabloid The Sun in London in 2020 for calling him a “wife-beater”.

In another creative venture, the actor this month released an album with English rocker Jeff Beck.

The record has been poorly reviewed by critics but broke into the top 40 in the UK.