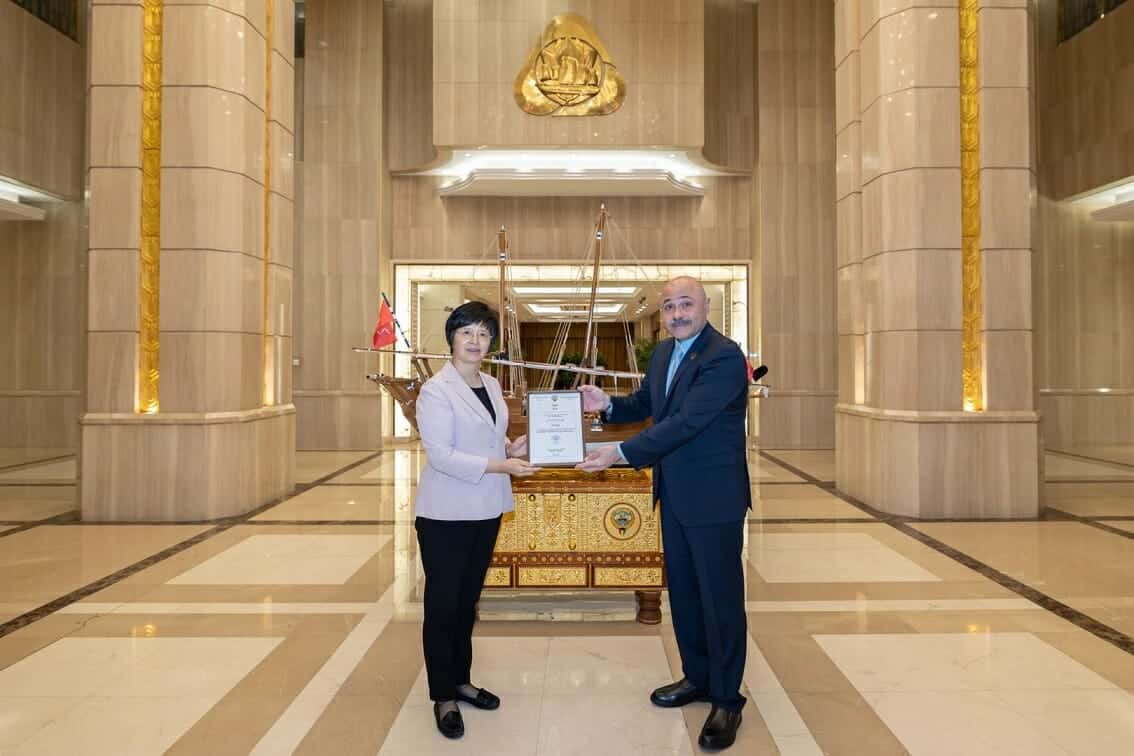 The Consul General of Kuwait in Shanghai, Mishal Al-Shamali, said on Tuesday, September 28, that Kuwait and China need to set up a systematic institutional framework, according to official sources.

He said this was needed to start implementing the agreements concluded between the two countries.

This is expected to develop and strengthen bilateral ties between Kuwait and China in the upcoming years.

Al-Shamali said, during a meeting with Shanghai Deputy Mayor Zhong Ming, that the development of ties between both sides in all fields was explored.

New Kuwait’s 2035 vision to transform the country into a regional financial hub with the Chinese Belt and Road Initiative would create a strategic development partnership between both countries, he explained.

He presented the Shanghai Municipal Museum a Kuwaiti dhow as a symbol of Kuwait’s history and to strengthen historical ties between both sides, as this gift marking the 50th anniversary of the establishment of diplomatic ties.

Meanwhile, Zhong referred to the advanced stages of bilateral ties, as characterized by actions, not words along with efforts made by both sides.

She also commended Kuwait’s international efforts to limit the spread of Covid-19.