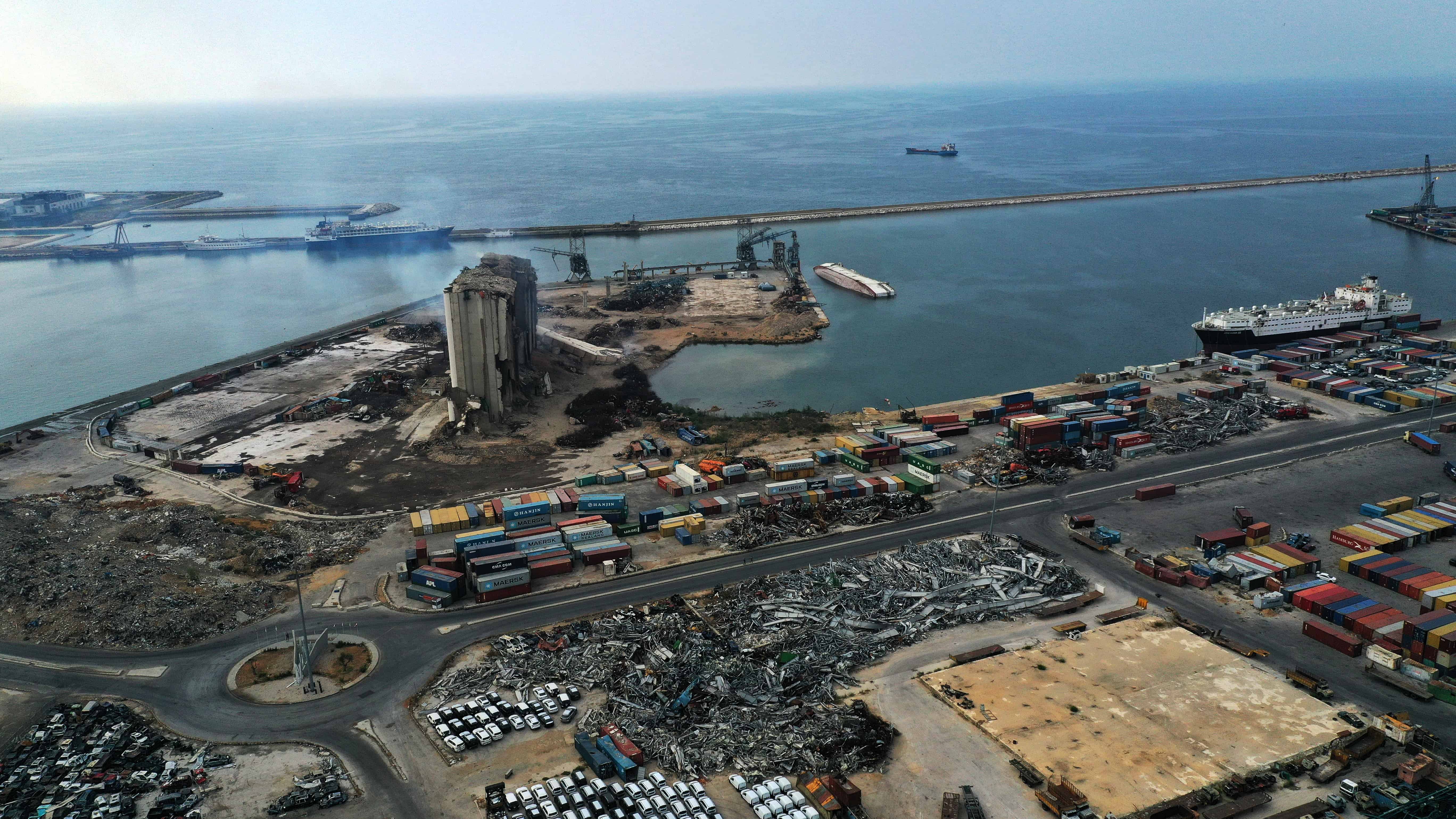 This aerial view shows the Beirut port silos, after a partial collapse due to an ongoing fire since the beginning of last month, (AFP)

A Lebanese judge on Wednesday ordered the temporary seizure of the property of two deputies in the case of the deadly explosion which destroyed Beirut port two years ago, a judicial source said.

The decision was issued in the context of a complaint filed by the Beirut Bar Association to question the two for having “used their rights… in an arbitrary manner by filing complaints intended to hinder the investigation”, the source added.

Compensation of 100 billion Lebanese pounds, some $66 million at the central bank exchange rate though far less at black market rates, is being sought.

Lebanon’s currency has lost around 90 percent of its value on the black market.

Both Khalil and Zeaiter are former ministers whom the judge investigating the blast had summoned for interrogation.

After the tragedy, the bar launched legal proceedings against the state on behalf of nearly 1,400 families of victims.

However, an investigation into the cause has been stalled amid political interference and no state official has yet been held accountable.

Politicians on all sides have refused to be questioned, and Bitar’s investigation has been paused since December.

On Thursday’s second anniversary of the blast, relatives of victims demanded an international inquiry.

Bitar’s predecessor, Fadi Sawan, was also forced to suspend his probe, before he was finally removed in a move widely condemned as political interference.