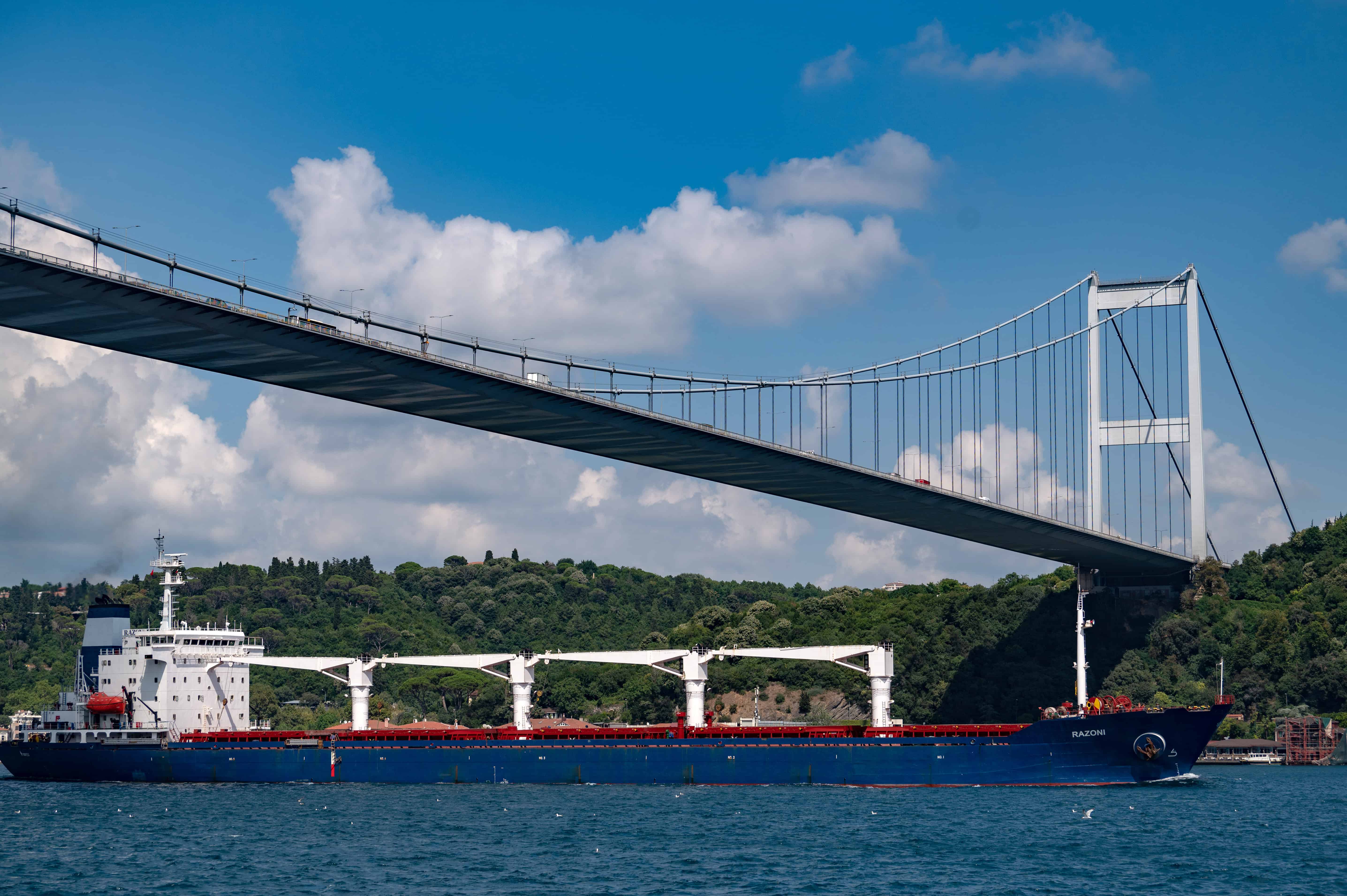 The Razoni is currently docked in Mersin, Turkey, according to the Marine Traffic website. (AFP)

By TRENDS Desk AFP
August 10, 2022 3:47 pm
Share
A new buyer is being sought for the first grain shipment to leave Ukraine under a hard-won deal with Russia after the original Lebanese buyer cancelled its order, the Ukrainian embassy said.
The Sierra Leone-flagged vessel Razoni left the Ukrainian port of Odessa on August 1 carrying 26,000 tons of maize and had been expected to dock in the Lebanese port of Tripoli at the weekend.But now the keenly anticipated shipment is looking for a buyer after the shipping agent agreed to a request to cancel the original order in the light of the long delay in delivery.

A five-month delay after Russia’s invasion of Ukraine “prompted the buyer and the shipping agent to reach agreement on the cancellation of the order,” the Ukraine embassy said in a statement late Tuesday.

The agent is now studying alternative bids for the maize before deciding on its destination, the embassy added.

The Razoni is currently docked in Mersin, Turkey, according to the Marine Traffic website.

Another ship docked in Turkey Monday with a cargo of 12,000 tons of Ukrainian maize, becoming the first to reach its destination under the deal with Russia brokered by the United Nations and Turkey.

The agreement lifted a Russian blockade of Ukraine’s ports and established safe corridors through the naval mines laid by Kyiv to ward off any amphibious assault by Moscow on its coast.

Ukraine said Monday it was “optimistic” that the millions of tons of wheat and other grain that had been trapped in its silos and ports could now be exported, in a major boost for world food supplies.