Now an ad from the lowest place on the Earth 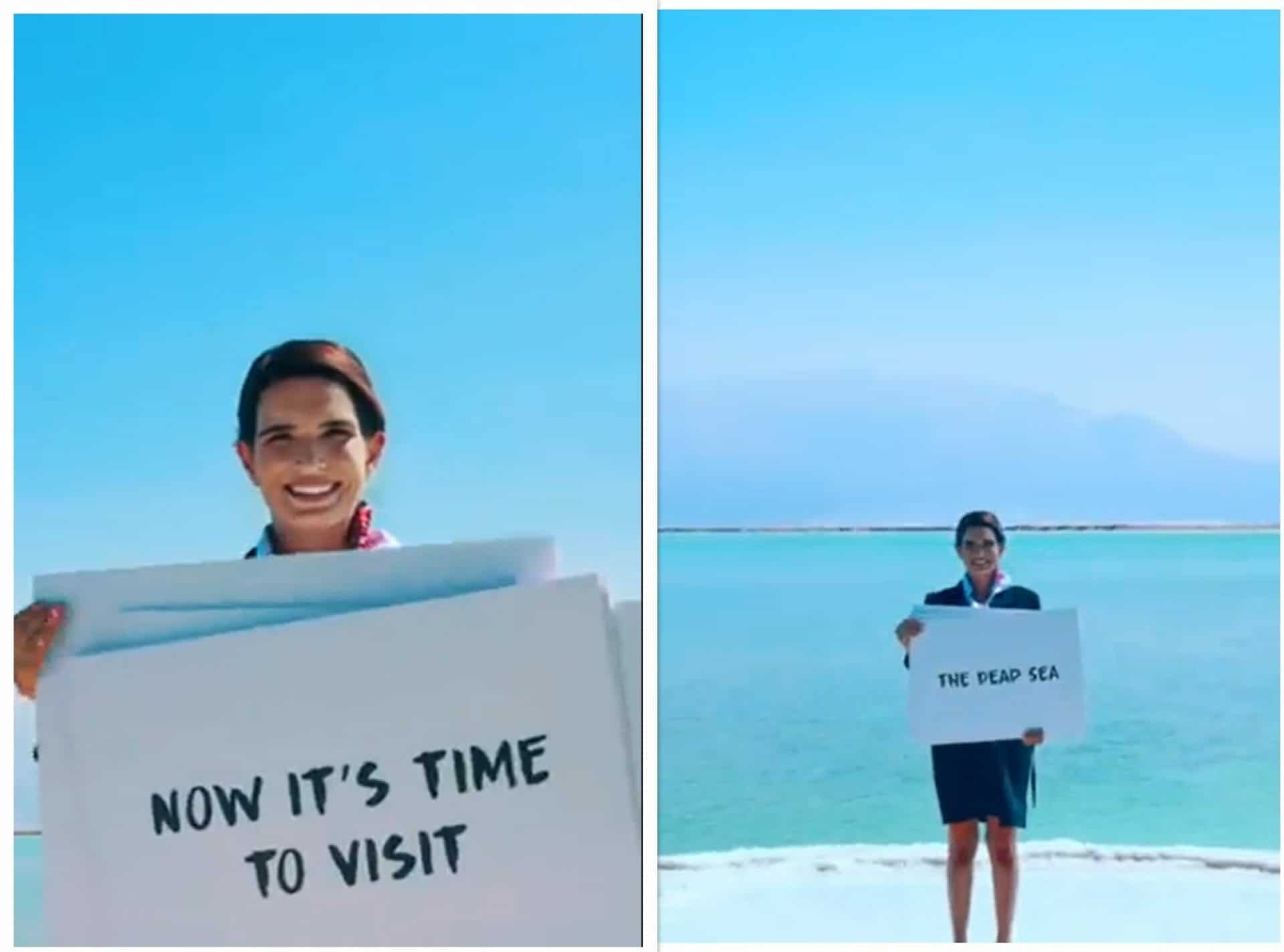 On the line of one-of-its-kind advertisement by Dubai-based airline Emirates that had caught the attention of social media users, the Twitter handle of the Israeli Pavilion at Expo 2020 Dubai has posted an ad promoting the country’s tourism.

The new ad shows a woman promoting Israel from the middle of The Dead Sea, whose shores are considered as the lowest land-based elevation on Earth, through various placards.

Marhaba UAE!
We were inspired by the flight attendant on top of the world and we are happy to present ours right from the Dead Sea – the lowest place on Earth!

This was an imitation of the video ad that showed a woman dressed as Emirates’ flight attendant shuffling placards with different messages about the services of the airline. After the last placard, the camera had zoomed out and she was seen standing on top of 828-metre-high Burj Khalifa.

In the new Expo 2020’s Israeli pavilion ad also, the camera zooms out after the last placard and the model could be seen standing at The Dead Sea’s surface, which is 430.5 metres below sea level.

The Dead Sea is a salt lake bordered by Jordan to the east and Israel and the West Bank to the west. It lies in the Jordan Rift Valley, and its main tributary is the Jordan River.

On October 7, Israel had ceremonially opened its gleaming pavilion at the world’s fair in Dubai.