Oil restarts to flow in Libya as gunmen lift blockade 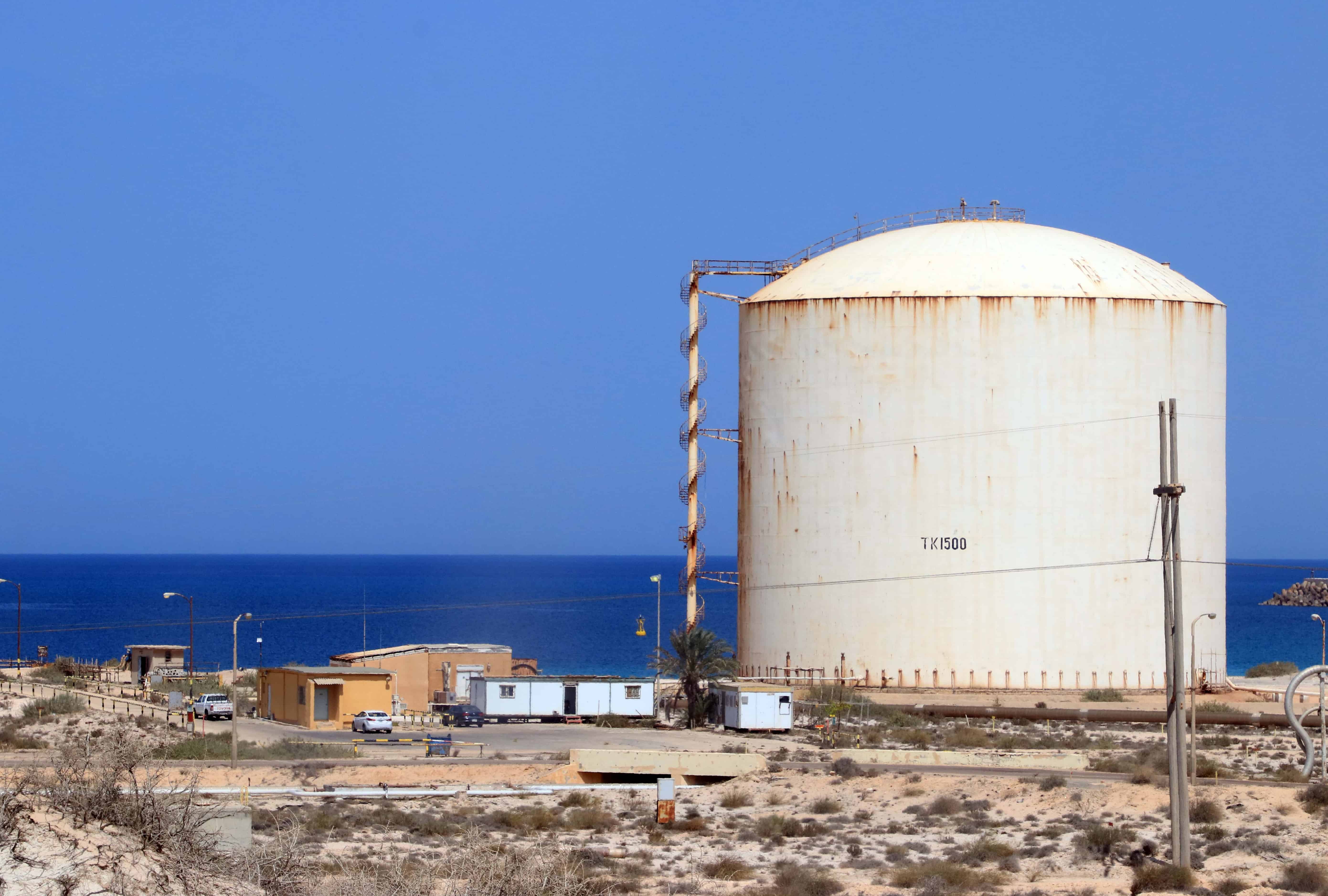 A picture shows a partial view of the Brega oil port in Marsa Brega, some 270kms west of Libya's eastern city of Benghazi. (Photo by - / AFP)

Libya’s National Oil Corporation said Tuesday that an armed group blockading two major oil fields had lifted its siege and that production had resumed at one of them.

The NOC had announced the suspension of production on Sunday at the vast Al-Sharara and Al-Fil fields after gunmen closed pipelines to the coast, the latest such shutdown in the crude-rich North African country’s decade-long conflict.

The firm had declared force majeure, a legal move releasing it from contractual obligations due to circumstances beyond its control.

In a statement on Facebook on Tuesday, the NOC announced “the reopening of the pipeline at al-Riyayna”, around 140 kilometers (85 miles) southwest of Tripoli, along with “the resumption of production at Al-Sharara and the lifting of force majeure”.

It added that the pipeline from Al-Fil, in the country’s western desert, had not yet reopened because “vandalism” required a technical team to carry out repairs.

Libya, which sits on Africa’s largest crude reserves, has been rocked by 11 years of conflict since a NATO-backed revolt toppled and killed dictator Moamer Kadhafi.

The country found itself facing a new political crisis this month, with two rival prime ministers vying for power in a standoff that threatens a return to violence after a year and a half of relative stability.

In normal times, Libya produces some 1.2 million barrels a day.

Around a quarter comes from Al-Sharara, which is managed by a consortium of the NOC, Spanish firm Repsol, France’s Total, Austria’s OMV and Norway’s Statoil.

The United Nations and the US ambassador to Libya had on Monday urged the lifting of the blockade.