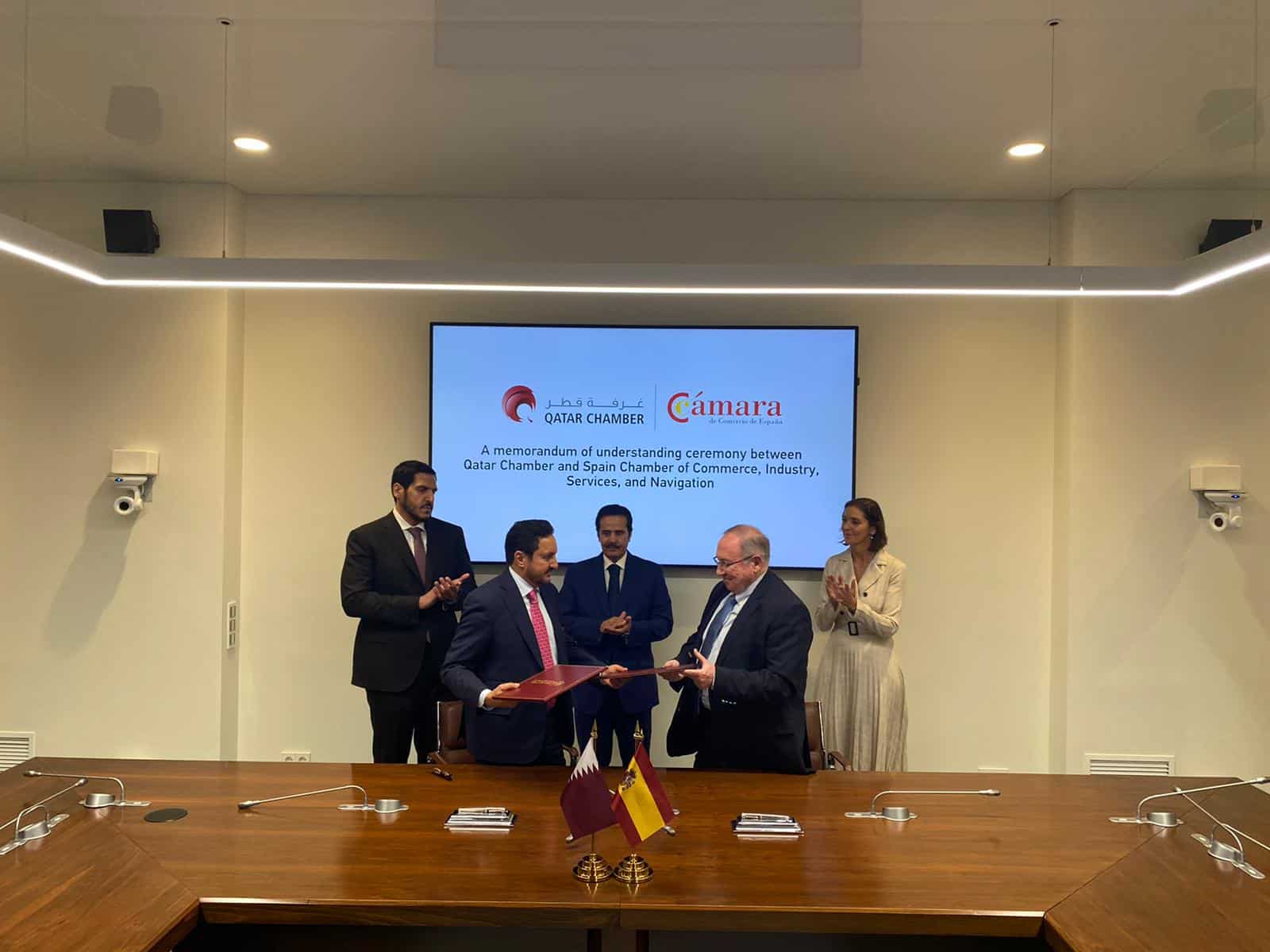 The parties inked the agreement on sidelines of the Qatar-Spain Business Forum. (Twitter-Qatar Chamber)

Qatar Chamber signed a deal with two Spanish organizations by which it seeks to enhance economic, commercial and trade cooperation with Spain.

Chairman of Qatar Chamber Sheikh Khalifa bin Jassim bin Mohammed Al-Thani inked the deal on behalf of his organization, on the sidelines of the Qatar-Spain Business Forum held last week in Spain.

Addressing the Forum, Jassim Al-Thani said that Qatar and Spain enjoyed close relations at all levels, especially on the economic and commercials aspects.

The chairman noted their bilateral trade exchange hit $1.2 billion last year compared with $820 million in 2020, an increase of 46 percent, the reports said.

He stressed the Chambers support for forging business partnerships, which lead to establishing more joint investments whether in Qatar or in Spain.

There are about 50 Spanish companies operating in Qatar in various sectors like trade, contracting, services, and furnishing, and consultancy.

He highlighted the incentives of investment granted by the law to the non-Qatari investor, which allows 100 percent ownership for foreign investors in most sectors.

Further, it streamlines the allocation of land to a non-Qatari investor to establish his investment project.

It also enables the non-Qatari investor to import necessary equipment to establish, operate and expand his investment project.

This includes offering exemption from income tax and customs duties on imports of machinery and equipment necessary for their establishment.