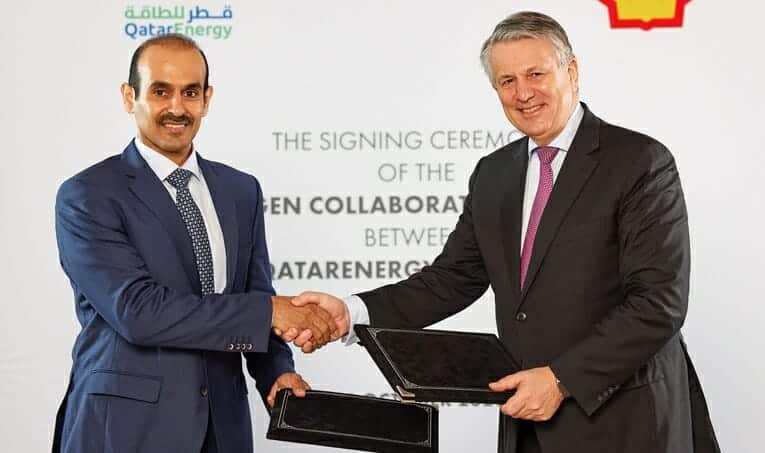 QatarEnergy and Shell have signed an agreement to pursue joint investments in blue and green hydrogen projects in the United Kingdom, the entity formerly known as Qatar Petroleum has said in a statement.

This is the first agreement on hydrogen between QatarEnergy and Shell.

It apparently establishes a framework for collaboration and joint investment to develop hydrogen solutions in the UK.

As part of the agreement, the two companies are now looking to target integrated and scalable opportunities in key sectors where hydrogen could help decarbonize, especially around industrial cluster development and also for the transport sector, said the statement.

They will apparently focus on the London metropolitan area.

The collaboration is expected to take advantage of both companies’ expertise in delivering large and technically complex energy projects.

The agreement was signed on the sidelines of the UK Global Investment Summit, hosted by the Queen and the UK prime minister.

It was attended by the businesses and investors across the world.

Saad Sherida Al-Kaabi, Qatar’s Minister of State for Energy Affairs, and the President and CEO of QatarEnergy was quoted by the statement as saying: “This agreement does not only reinforce the long lasting and strategic partnership between QatarEnergy and Shell, but also creates a viable path for innovation and investments in low-carbon fuels and technologies across the UK’s energy sector, a key area of investment for QatarEnergy.”