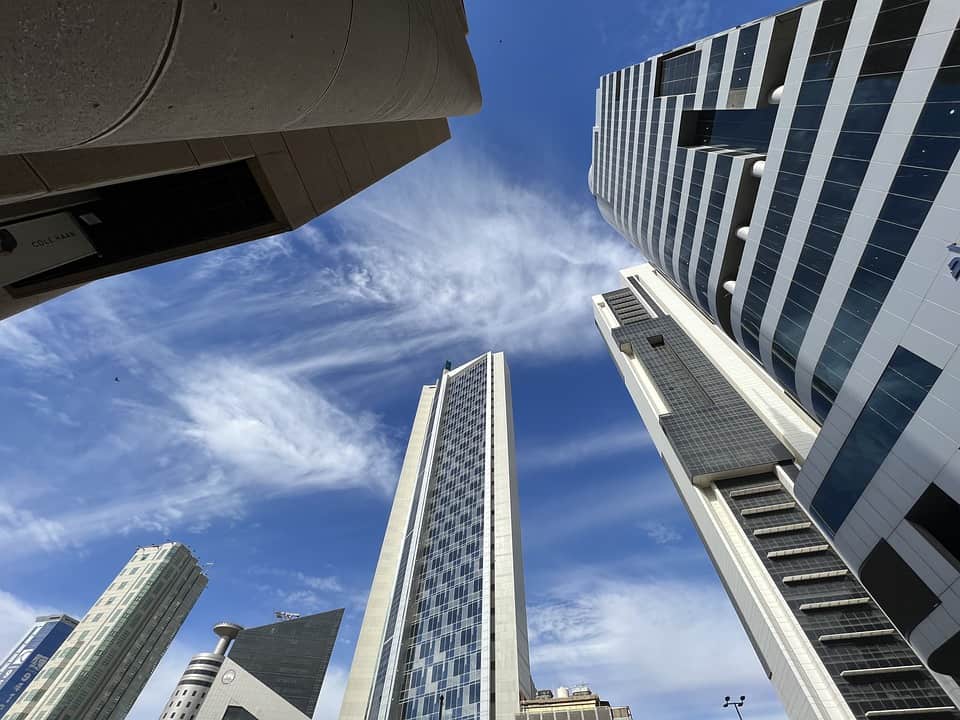 Some residential districts, mainly inhabited by citizens, witnessed more than 35 percent rise in rates of the plots, leading to record growth of property assets in the shadow of scarcely offered real-estates.

The former director-general of Kuwait Clearing Company Tareq Al-Atigi said that prices in this sector hit an unprecedented high, largely due to robust activities by traders and brokers, purchasing uninhabited plots of land in East Al-Gurain in July 2021 and selling them in November, resulting in more than 10 percent of profits.

The dealers focused on the Kuwaitis’ residences, buoyed by government subsidies for utilities namely water and power — such a beneficial privilege does not exist in the commercial zone (such as apartment buildings that are largely occupied by non-Kuwaiti residents of the country).

Furthermore, the investors have transformed houses in the citizens’ residential areas into rental apartments.

As to the uninhabited plots, there are no taxes on a citizen who possesses more than one property, and some people own dozens of plots but they refrain from developing them, thus contributing to pushing prices high due to low supply.

The former director-general expressed his belief that “calming the prices” can be attained by imposing added taxes on the citizens’ residential areas, in addition to lifting subsidies for water and power for a citizen who owns more than one lot.

Proposing other ideas, he has mentioned specializing more housing parcels in new regions and speeding up government housing enterprises.

In 2022, the housing rates may drop by five percent if interest rates are increased on assets of local banks, he has opined.

Meanwhile, Chairman of the Kuwaiti Union for Real-Estate brokers Abdulaziz Al-Dghaishem said that the housing sector posted in Q1 and Q2 2021 rises that exceeded KD 1,500 (USD 5,000) per square meter particularly in locations in Al-Assima and Hawally.

Al-Dghaishem has predicted price stability in 2022 unless the market witnesses major events such as promoting new towns, re-activating realty mortgages, also affirming that prices can stabilize in the shadow of higher supply.

Chief Executive Officer of Amtar Global Real-Estate Company Ali Al-Kadhemi, said that other causes of the prices’ hike were the existence of liquidity, investors and brokers’ solvency,

He noted that the investment sector suffered due to permanent return of many expatriates to their countries in the shadow of the COVID-19 crisis.

The total value of the property transactions in the housing sector, in 2021, amounted to KD three billion (USD 10 billion), starkly higher by KD 780 million (USD 2.2 billion) invested in the investment sector, according to statistics by the property registration department at the Kuwaiti Ministry of Justice.