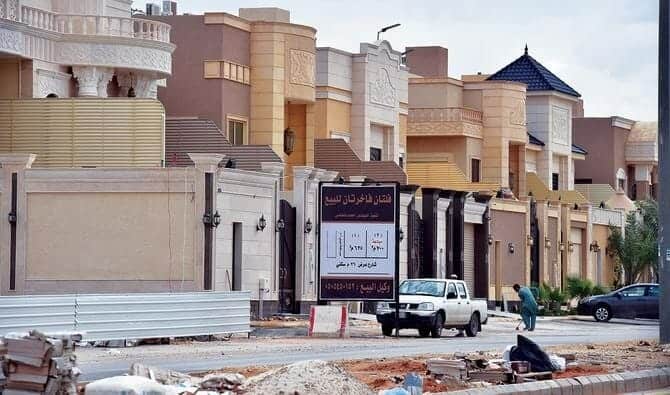 DUBAI:  Residential market boom in Saudi Arabia in the second quarter of this year has been led by its capital Riyadh, where the number of residential transactions rose by 77 percent from a year ago, according to the latest quarterly review of global property consultant Knight Frank.

The review said the number of homes sold in the Red Sea coastal city of Jeddah rose by 44 percent.

Aided by Saudi government initiatives, residential market is scheduled to complete 155,000 new homes before the end of 2023 in Riyadh, Jeddah and Dammam Metropolitan Area. About 100,000 of these homes are in Riyadh alone, the report said.

In addition, home values are responding to the buoyancy in demand, with apartment values in the capital growing by 7.6 percent year on year, the fastest pace of growth since at least 2017.

Faisal Durrani, partner and head of Middle East research at Knight Frank, said the post-Covid recovery was never going to be smooth sailing, but sustained growth in certain segments of the market is being seen.

“In the residential market for instance, the government’s various initiatives, such as Sakani and Wafi are continuing to contribute to acceleration in home ownership rates across the Kingdom,” the report said.

In the Kingdom’s office market, with the exception of Riyadh, rental rates continue to ebb as demand remains muted.

Durrani added Grade A office rents in Riyadh are being supported by a steady stream of requirements, mainly from newly created public and quasi-public sector entities.”

“However, consolidation activity remains a key theme, echoing global occupier behavior, which remains centered on rightsizing in the wake of the pandemic. Looking ahead, burgeoning supply is quickly emerging as an area of concern. We’re tracking nearly 1.8 million sqm due for completion by the end of 2023, 56 percent of which is planned for Riyadh”.

The report said domestic demand will help to soak up some of the new supply as economic reforms drive greater business activity, but questions remain on the impact of all the new stock.

“It’s likely that Grade B buildings will feel the greatest downward pressure on rents as the flight to quality intensifies, particularly in cities like Riyadh and Jeddah, which will see a 25 percent and 36 percent increase in total office supply in the next three years,” the report reads.

Knight Frank expects total office stock in Riyadh and Jeddah to reach 5.3m sqm and 1.8m sqm by the end of 2023.

The retail sector has been one of the most significant casualties of the pandemic, with headline lease rates in prime shopping malls across the country falling by between 1 percent and 5 percent over the last 18 months, according to Knight Frank.

In fact, during Q2 alone, rents in the Kingdom’s best shopping malls declined by between 1.5-3 percent in Riyadh, Jeddah and DMA.

“Hugely reduced footfall as a result of the pandemic and repeated restrictions on international arrivals has been a double whammy for the retail market. That said, the reopening of the border to tourists from 49 nations this week, combined with ‘revenge spending’ from surging domestic tourism may help to cushion the market from further sharp declines,” Durrani said.