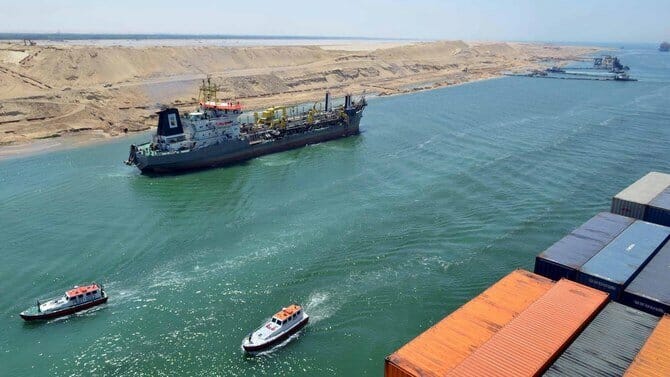 Egypt and Russia have signed a deal to allow the latter to expand its industrial zone within the Suez Canal Economic Zone (SCZone).

Yehia Zaki, head of the General Authority SCZone, announced on Thursday the success of talks with Russia when an agreement was signed by Zaki and Russian Deputy Minister of Industry and Trade of Vasiliy Osmakov in Moscow after two days of negotiations.

Zaki said the final agreement is expected to be signed before the end of 2021 after an anticipated visit in August by a high-level Russian delegation to tour the new sites in the SCZone.

Under the deal, the Russian zone will be extended to East Port Said and Ain Sokhna over an area of 5 million square meters, Zaki said.

The SCZone chief said that work is scheduled to begin in the Russian zone by the end of 2021 after signing the final contract.

Osmakov said the Egyptian delegation’s visit to Russia gave impetus to the project.

He said the expansion of the Russian zone will allow the entry of more Russian companies, adding that the SCZone is a window to Africa and the wider world due to its strategic location.

In September visits from Russian companies, businessmen and investors — who have expressed their desire to invest in Ain Sukhna — will take place.

The SCZone delegation held meetings in Moscow with major Russian manufacturers of vehicles, fertilizers and pharmaceuticals.