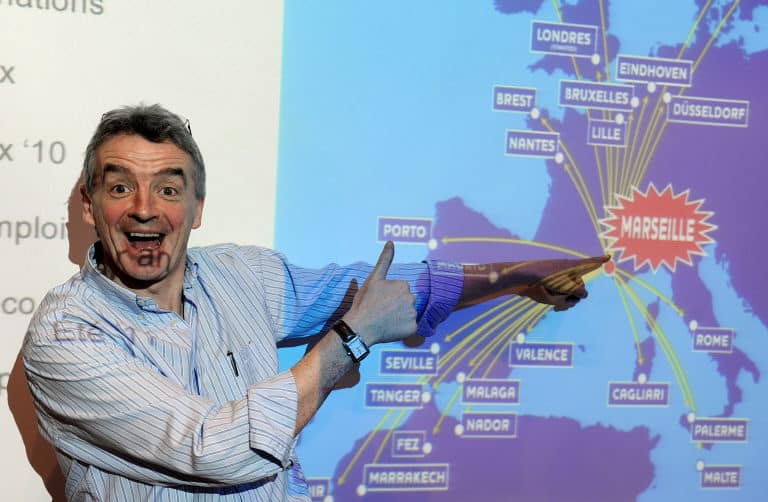 By TRENDS Desk AFP
May 16, 2022 3:19 pm
Share
Irish no-frills carrier Ryanair on Monday announced a large reduction in annual net losses as the aviation sector recovered from pandemic lockdowns.Loss after tax dropped to 355 million euros ($369 million) in the 12 months to the end of March, compared with a net loss of 1.0 billion euros in its previous financial year.”This recovery, however, remains fragile” following Russia’s invasion of Ukraine, chief executive Michael O’Leary said in a statement.

“Given the continuing risk of adverse news flows on” Ukraine and Covid, “it is impractical if not impossible to provide a sensible or accurate profit guidance range at this time”, he added.

While Ryanair expects cost increases as a result of surging oil prices fueled by the war, it hopes “to return to reasonable profitability” in its current financial year.

It forecast passenger traffic of 165 million in its current year, compared with a pre-pandemic level of 149 million.

The airline carried more than 97 million passengers last year compared with 27.5 million during the previous 12 months period when the pandemic struck.

Despite surging inflation, Ryanair said its average fares fell more than a quarter to 27 euros.

Ryanair had expected a much lower loss until the Omicron variant struck in late 2021, hitting fares and causing fresh disruption across its European routes.

The airline said it remained committed to restoring pre-Covid salaries for all its staff as soon as it returns to levels of profitability seen before the pandemic struck.

As well as cutting salaries, Ryanair axed 3,000 pilot and cabin crew jobs, or 15 percent of staff, in the wake of pandemic.

As travel recovers, however, airlines are in fierce competition to recruit staff and are in some cases offering welcome bonuses.