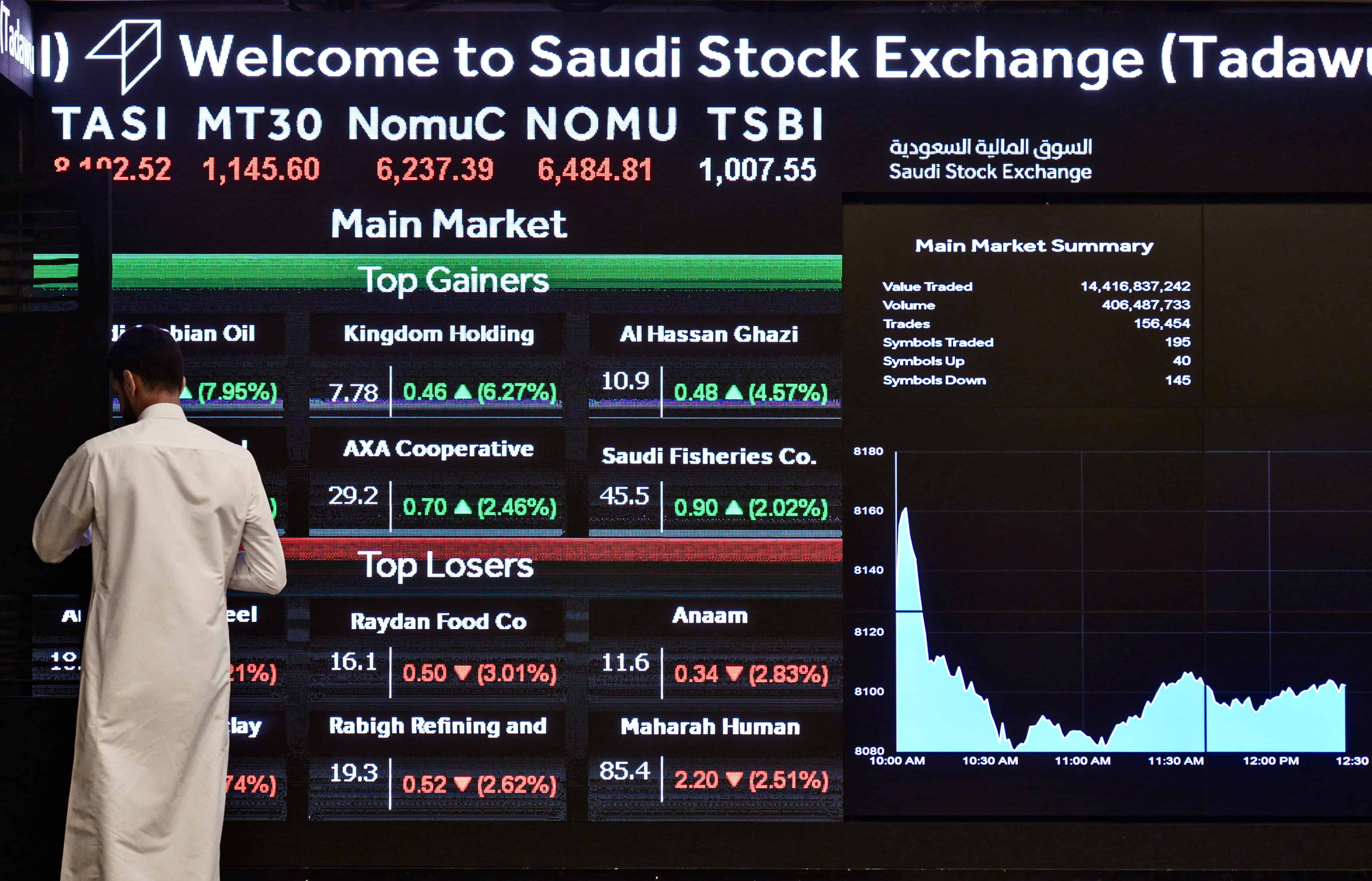 This picture shows a man monitoring the board at the Stock Exchange Market (Tadawul) bourse in Riyadh. AFP FILES PHOTO

Nineteen sectors increased, the first of which is long-term commodities, which rose by 4.7 percent, followed by the pharmaceutical industry by 3.6 percent.

It’s worth noting that TASI gained 0.5 percent on Wednesday (June 29, 2022), thanks partly to an increase in Aramco’s stock, which rose by 0.9 percent and reached its best close in two weeks. Despite this, SABIC shares dropped by about 1 percent.

ADX: Ends the week down

At the close of trading on Monday (June 27, 2022), the Abu Dhabi Securities Exchange main index gained 24.34 points or 0.3 percent. Telecommunications was the second-highest gainer at 1.48 percent, followed by six other sectors on the Abu Dhabi Exchange.

304.04 points were added to the index on Tuesday (June 28, 2022). Al Buhaira National Insurance Company led the way on the Abu Dhabi Stock Exchange with a 15 percent gain.

Commodities led the way, up 13.49 percent on the Dubai Stock Exchange, followed by transportation at 0.73 percent.

Investment and financial services led the way with a 2.7 percent gain on the Dubai Stock Exchange.

Emirates NBD Bank and Dubai Islamic Shares were down 3 percent and 2 percent respectively on Friday (July 1, 2022), weighing on the index in Dubai, which fell 0.7 percent.