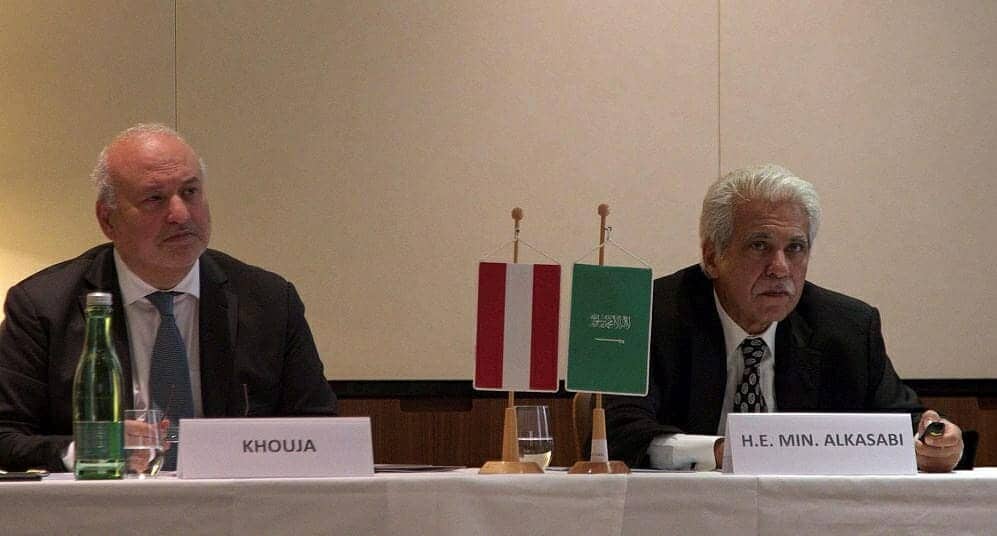 The Saudi delegation of the trade system was headed by Minister of Commerce Majid Al-Qasabi.

A Saudi delegation has met businessmen and officials from Austria to strengthen trade ties between the two countries, local reports have said.

The Saudi delegation of the trade system was headed by Minister of Commerce Majid Al-Qasabi, said the reports.

Al-Qasabi is also the chairman of the Board of Directors of the National Competitiveness Center.

The delegation under him met with a number of businessmen and officials from Austro-Arab Chamber of Commerce, or AACC, said the reports.

During the meeting, they are said to have discussed opportunities to enhance and develop commercial relations.

They also talked of ways to upgrade the level of trade exchange and cooperation between the two countries.

Al-Qasabi is said to have stressed the depth of the historical relations between the two countries, indicating that the two sides are looking forward to strengthen bilateral trade relations.

He met with the Director-General of the UN Office at Vienna, Ghada Waly, to discuss ways of cooperation in many common files, in addition to the importance of trade integrity and security, which is one of the basic factors for economic competitiveness.