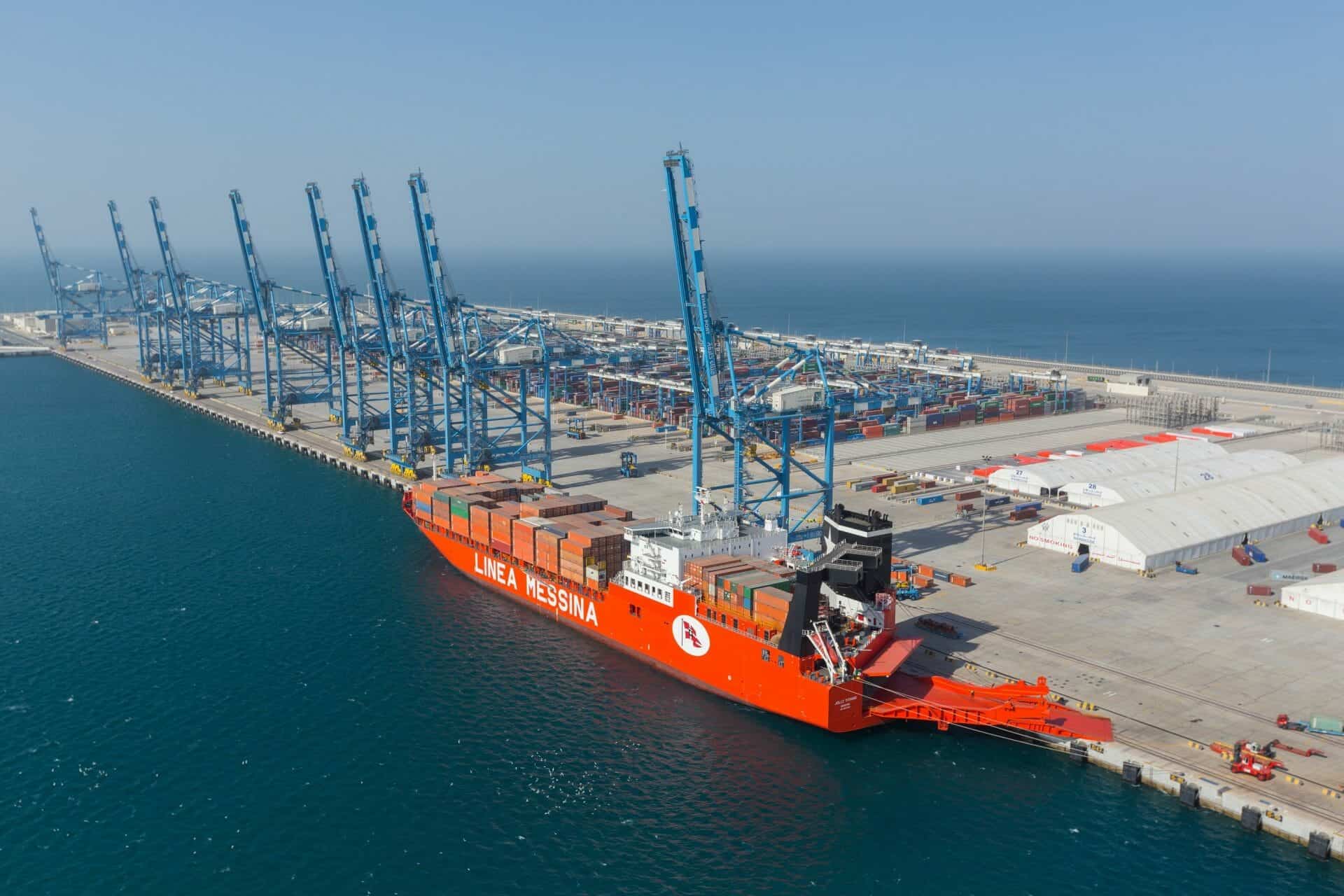 Over the years, the GCC region has developed the maritime sector by creating state-of-the-art infrastructure for seaports. AFP

In 2019 and 2020, the Gulf Cooperation Council (GCC) represented over three percent of global merchandise trade at approximately US$1.2trn and US$1.06trn, respectively. The UAE and Saudi Arabia account for more than 75 percent of merchandise trade in the region with the UAE enjoying the highest trade value.

The UAE has 10 major ports followed by Saudi Arabia (9), Qatar, Oman and Bahrain (5 each) and Kuwait (3). Besides Qatar has developed two terminals.

Over the years,  the GCC region has developed the maritime sector by creating state-of-the-art infrastructure for seaports.

In its report entitled “Anchoring In New Reality,” the KPMG has said that the GCC member countries accounted for more than 3 percent of global container port traffic, with the UAE leading the containerized trade throughput, representing more than 50 percent of the region’s total in 2019.

The location of the GCC region is advantageous as it is located at the entry to Red Sea and near the Suez Canal, and can be considered as a gateway to Europe and Asia. This location may be an ideal transhipment hub for container traffic on the Europe-Asia lane.

The report further said that the mix of transhipment volumes is generally higher than port-to-port volumes in the GCC region.

However, tariff rates from transhipment are significantly lower than that of port-to-port. As a result, port operators need to find the optimal mix of transhipment and port_to-port volumes to maximise port profitability and productivity, the report said.

Coming to port throughput, some 51 percent of container traffic in the region is being handled by the UAE ports followed by Saudi Arabian ports with 23 percent. The Port of Jebel Ali in Dubai is the busiest in the region, with 51% of the throughput of the top five container ports.

However, Saudi Arabia is planning to invest US$36bn in logistics, as part of its National Industrial Development and Logistics Programme and aims to become regional hub for shipping sector, a position enjoyed by the UAE for many years.

The KPMG report further said that world’s major port operators have expanded their global footprint, with four out of the current top five port operators (in terms of TEU) having throughputs across at least five continents and controlled more than 50 percent of the global container traffic in 2019.

Emerging markets generally remain the primary focus for major port operators and in terms of geographical footprint, DP World is the most diverse operator with terminals in 31 countries across six continents.

Although APM Terminals of The Netherlands is in the lead in terms of the number of countries with existing port terminals, unlike DP World, it does not have a presence in the Oceania region. The other three port operators are China Cosco Shipping, PSA International Singapore and Hutchison Ports Hong Kong.

DP World has presence in 31 countries and handled 69.4 million Twenty Foot Equivalent (TFEs) of cargo in 1919. Its share in global TEU is 8.7 percent.

The UAE ports handled approximately 85 percent of traffic from emerging markets and overall, around 40 percent port-to-port traffic. Approximately 21 percent of volume from Port of Jebel Ali in Dubai and has global footprint across 6 continents.

The GCC ports, due to their strategic location, have been large transhipment hubs. Container penetration in GCC countries is more than six times that of the world average and significantly higher than that of major developed nations in the West.

To support manufacturing-led growth and to attract foreign direct investment (FDIs), there has been an emphasis on development of free trade zones (FTZs). Development of port-linked FTZs has been one of the success factors for the ports and logistics sectors in the region, the report added.

While UAE has 45 FTZs, Saudi Arabia, which has three at present is planning to set up 20 more including six in Riyadh. Qatar has three, Oman four and Bahrain one free zone. Kuwait, however, had one such free zone which was cancelled in 2019.

“The GCC region has played an important role in the development of the global maritime trade routes by virtue of its strategic location on the East-West trade lanes, enabling development of state-of-the-art infrastructure,” said Dr. Steffen Wagner, Global Head of Transport & Leisure- KPMG.