Saudi e-invoicing scheme to come into force in three months 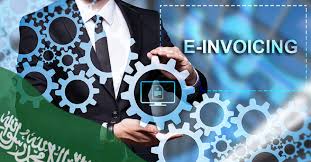 Saudi Arabia’s e-invoicing project, Fatoorah, will come into force in a little under three months, according to Zakat, Tax and Customs Authority (ZATCA).

The project is seen as having major benefits for the Saudi economy, including addressing commercial concealment and the “shadow economy,” which costs the Kingdom up to SR400 billion ($107 billion) annually.

Under the new regulation, buyers and sellers will have a digitized system that allows the smooth exchange and processing of invoices, credit notes, and debit notes.

“It is expected that the project will have a tangible impact on the national economy by curtailing the shadow economy and tackling commercial concealment,” Saudi financial analyst Talat Zaki Hafiz said.

Project manager Abdullah Al-Funtukh said the e-invoicing scheme will be implemented in two phases, with the first one set to happen on Dec. 4 this year.

The next phase will focus on integrating taxpayers into the system, allowing them to access relevant e-invoicing services, Al-Funtukh said.

“ZATCA aims to provide the taxpayers a non-technical overview of the e-invoicing (Fatoorah) and the requirements to facilitate their readiness for phase one,” he added.

The project is in line with an earlier government announcement to better regulate commercial transactions in the Kingdom, introducing strict penalties for violators.

But Hafiz said the scheme also has other benefits for businesses.

It will also support fair competition in the small to medium enterprises (SME) sector.