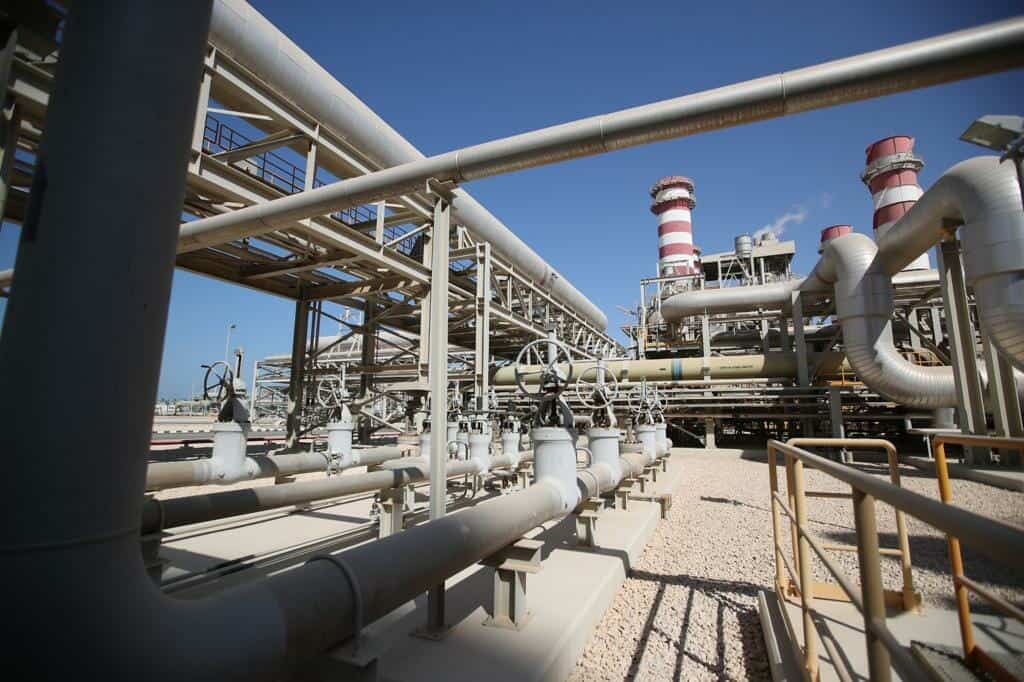 Saudi Arabia’s plans to go ahead with part privatization of a desalination and power project has hit a roadblock after the authorities concluded that the bids received were not so encouraging.

The plant, which produces 1.05 million cu m of desalinated water per day and generates 2.65 GW of power, supplies 800 cu m to Riyadh’s residents and the rest to the eastern parts of the country.

The government was reportedly toying with a proposal to sell 60-percent stake in the plant and raise $2 billion but the bidders backed out after considering several factors including the plant’s age and its waning technology, according to Bloomberg.

It may be recalled that Saudi Arabia’s Finance Minister Mohammed Al Jadaan told reporters in May this year that the government planned to raise $38 billion by way of privatization by 2025.

The Privatization Supervisory Committee for the Environment, Water and Agriculture said pandemic-induced economic conditions have impacted such a huge transaction.

“The decision was taken to capitalize on knowledge and capacity built in the country as a result of many years of experience in the areas of water desalination, new technologies, R&D and supply chains,” the committee said in a statement.

It added that it would continue efforts to attract investors in future privatization transactions in the water sector, and new greenfield investment opportunities will be launched in due course.

While the government pointed out the downturn in economic conditions, it is rumored that the bidders were also looking at the safety aspect as the plant was vulnerable to attacks from outside forces inimical to Saudi Arabia.

Houthi rebels launched a strike on one of the facilities of Saudi Aramco in November 2020, and the government has also admitted that terrorists attacked a petroleum products distribution station in North Jeddah with a “projectile.”

In 2009, leaked US State Department diplomatic cables suggested that a hostile act against Saudi Arabia’s desalination plant at Jubail would force Riyadh to evacuate within a week, as the plant at that time provided Riyadh with over 90 percent of its drinking water.

Ras al-Khair is also vulnerable to an Iranian attack, the diplomatic cables said.

In one assessment, analysts noted that every desalination plant built is a hostage to fortune. They are easily sabotaged, can be attacked from the air or by shelling from off the shore, and their intake ports have to be kept clear, giving another simple way of preventing their operation.

Another version was that the government had second thoughts, as the privatization would result in hike in water prices.

At present, the government supplies water at subsidized rates, but private operators will have no social obligations as they look for return on their investments.

In Saudi Arabia, desalination accounts for over 70 percent of the potable water used in cities, and desalinated water has replaced groundwater as the primary source of drinking water throughout the country.

The demand for water is expected to increase to nearly 25.29 billion cu m per year in the next couple of decades due to population growth, besides expanding industrial, energy, mining and agricultural sectors.

However, the rainfall in Saudi Arabia is less than 100 mm every year, and the government has decided to go for cloud-seeding, which aims to increase rainfall in the kingdom by almost 20 percent.

The Saudi Ministry of Environment, Water, and Agriculture said the program was developed after a review of global practices and visits to other countries in the region to study their experiences of cloud seeding.

There are 33 desalination plants in the country, which desalinate some 2.7 billion cu m of seawater each year, but about 80-85 percent of the demand is met by groundwater sources.

Though cloud seeding is a costly affair, it is much cheaper than running a desalination plant.

The government began studying cloud-seeding in 1976 and signed an agreement with the University of Wyoming in the US to conduct the first cloud-seeding experiments, which took place in Asir in 1990.

Besides, Ras Al Khair, there are three other core integrated water and power plant or IWPPs — Shuaibah III (built in partnership with Bechtel), Jubail III, and Shuqaiq II.

While the Jubail III and Shuaibah III IWPPs were commissioned in April and August 2009, respectively, the Shuqaiq II IWWP became operational in 2010.

The government has planned expansion of some of the existing desalination projects.

This includes the $600-million Shuqaiq III expansion, which was awarded to the Spanish firm Acciona, with works likely to be completed by the end of 2021.

This plant will supply potable water to nearly 2 million people with an output of 450,000 cu m per day.

This plant generates 3.1 GW and provides 550,000 cu m water per day to 1.8 million residents in Madinah and the industrial city of Yanbu.

The Saudi Water Partnership Company or SWPC has been tasked with the expansion of Yanbu’s desalination facilities — Yanbu IV — at a cost of $850 million which will add an additional 450,000 cu m per day.

ACWA Power was chosen by the Saudi Ministry of Environment, Water, and Agriculture to partner with the Saudi Brothers Commercial Company to develop the Rabigh 3 IWP, a reverse-osmosis desalination plant with an output capacity of 600,000 cu m per day, which can be expanded to 1.2 million cu m per day.

The cost of this project is estimated to be $600 million, and it will become operational in Q1 2022. It will supply water to Jeddah, Makkah, Taif, and nearby villages.

ACWA Power will retain 70 percent ownership stake upon completion of the project.