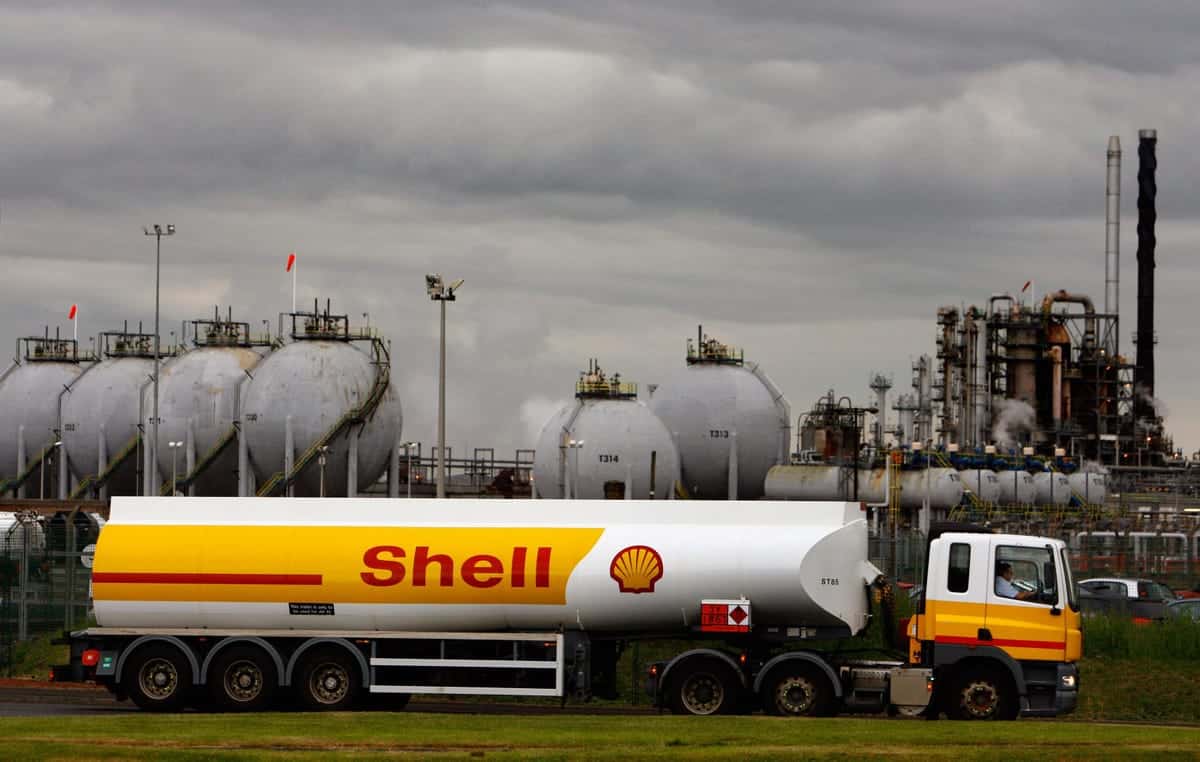 Royal Dutch Shell said Friday that it will win a boost from soaring gas prices in the fourth quarter despite supply problems. AFP

Royal Dutch Shell has exited the planned Cambo oilfield project off the Scottish coast because of insufficient financial gain, as energy firms face fierce pressure to switch to greener fuels.

Shell, which has a 30-percent interest in the North Sea development, said late Thursday that the investment case was simply “not strong enough”.

The decision comes after major powers last month agreed at the COP26 climate summit in Scotland to curb the use of fossil fuels.

Shell faces increased pressure from activists on how the company is run, with the world moving towards net zero emissions targets.

Cambo, which is still awaiting the green light from the UK government, has been plagued by protests from environmental campaigners — and also faces opposition from Scotland’s First Minister Nicola Sturgeon on climate grounds.

“After comprehensive screening of the proposed Cambo development, we have concluded the economic case for investment in this project is not strong enough at this time, as well as having the potential for delays,” Shell said in a statement.

Siccar Energy, which holds the remaining 70-percent stake, expressed disappointment at the news.

Greenpeace declared that Shell’s decision should mark the death knell for the project, which is estimated to contain the equivalent of some 800 million barrels of oil.

“This really should be the deathblow for Cambo,” said Philip Evans at Greenpeace UK.

“The truth is rejecting the permit is the only practical option. Anything else would be a disaster for our climate and would leave the UK consumer vulnerable to volatile fossil fuel markets,” he added amid soaring gas prices.

Britain has committed to become carbon-neutral by 2050, while COP26 urged nations to accelerate efforts to “phase out” inefficient fossil fuel subsidies and “phase down” unfiltered coal.

Despite the Cambo pullout, Shell insisted that “continued investment in oil and gas in the UK remains critical to the country’s energy security.

“As Shell works to help accelerate the transition to low-carbon energy, we remain committed to supplying UK customers with the fuels they still rely on, including oil and gas,” it added.

Shell has vowed to achieve net-zero carbon emissions by 2050, but green campaigners have criticized the pledge over a lack of detail.

This week’s news comes after Shell last month announced plans to switch its headquarters from the Netherlands to the UK and drop Royal Dutch from its name.