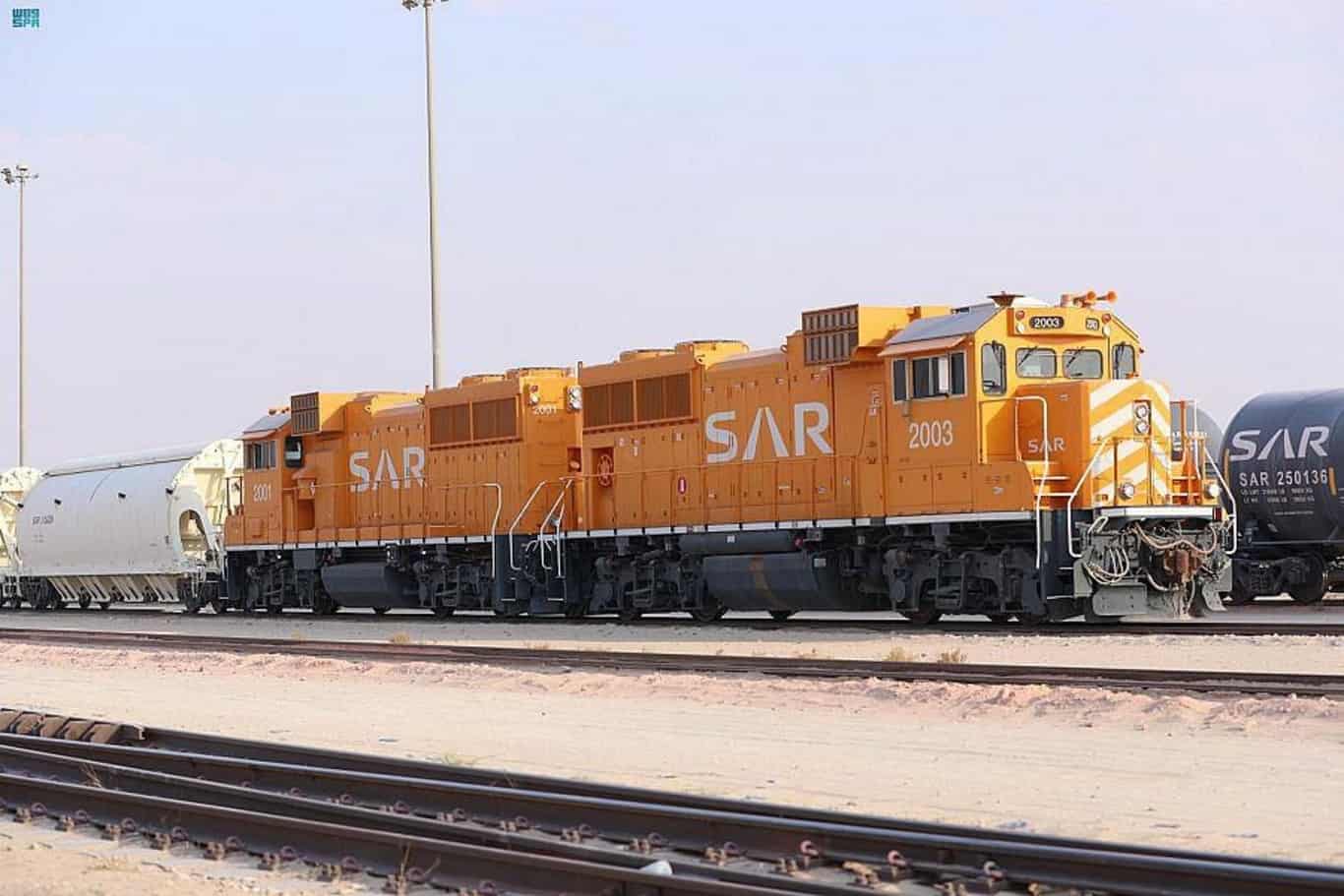 The shipment value of cargo trains of the Saudi Railway Company (SAR) has increased by 25 percent at the end of Q1 2022, compared to Q1 2021.

The trains transported in excess of 5.5 million tons of minerals and goods, which reflects SAR’s role in enhancing national industries and logistics services.

This complies with the Saudi Vision 2030 to make the Kingdom a connection hub amongst the three continents.

He noted that transportation during Q1 2022 reflected in realizing environmental returns, such as limiting CO2 emission by 197,000 metric tons and saving more than 900,000 barrels of truck fuel (diesel).

He added that cargo trains contributed to reducing traffic accidents by carrying out 2,340 trips that replaced 230,000 trucks on roads.

This increased the levels of traffic safety, where cargo trains crossed over 1.2 million kilometers.

Ashqar noted that cargo trains have contributed to increasing the quality of transport in the Kingdom.

It also contributed to increasing the efficiency of transporting merchandize, which enhances the competitiveness of Saudi goods by reducing transport costs.