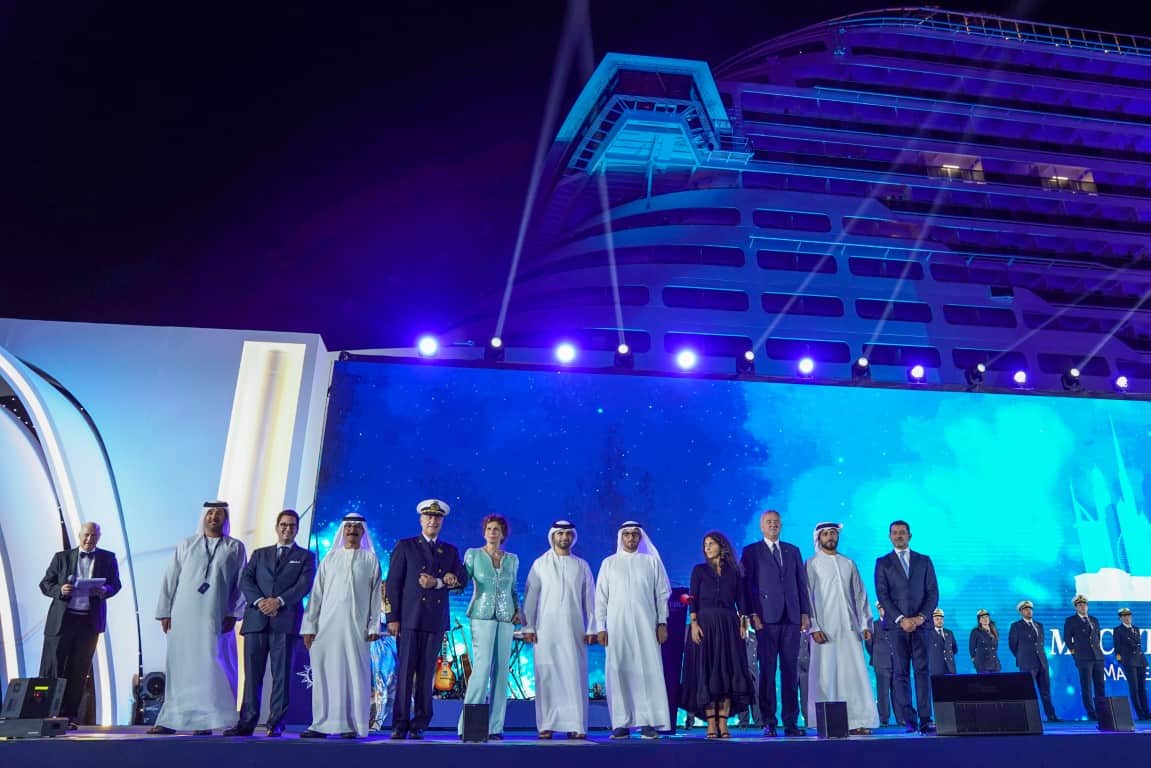 MSC Cruises, the world’s third-largest cruise operator and part of the Cruise Division of MSC Group, had chosen Dubai for the naming ceremony in “recognition of the Group’s commitment to Dubai and the UAE, as well as the wider Middle East market where MSC Cruises is the brand leader”.

The ceremony was held at Port Rashid in partnership with DP World and Dubai’s Department of Economy and Tourism.

Al Maktoum said, “Dubai’s glorious seafaring legacy, which is an integral part of its cultural heritage, has inspired its development as a major global maritime destination.”

“The accelerated rebound of its cruise industry also reflects Dubai’s ability to adapt rapidly and flexibly to the evolving global situation and take advantage of new opportunities emerging in a changing environment,” he added.

A long-standing maritime tradition, the official Naming Ceremony of MSC Virtuosa took place in the presence of the Master of the Vessel, Captain Francisco Veniero.

Sultan Ahmed bin Sulayem, Group Chairman and CEO, DP World, said, “It is a proud moment for us to host the MSC Virtuosa naming ceremony at Mina Rashid that has consistently reaffirmed its status as a leading destination, regionally and globally.”