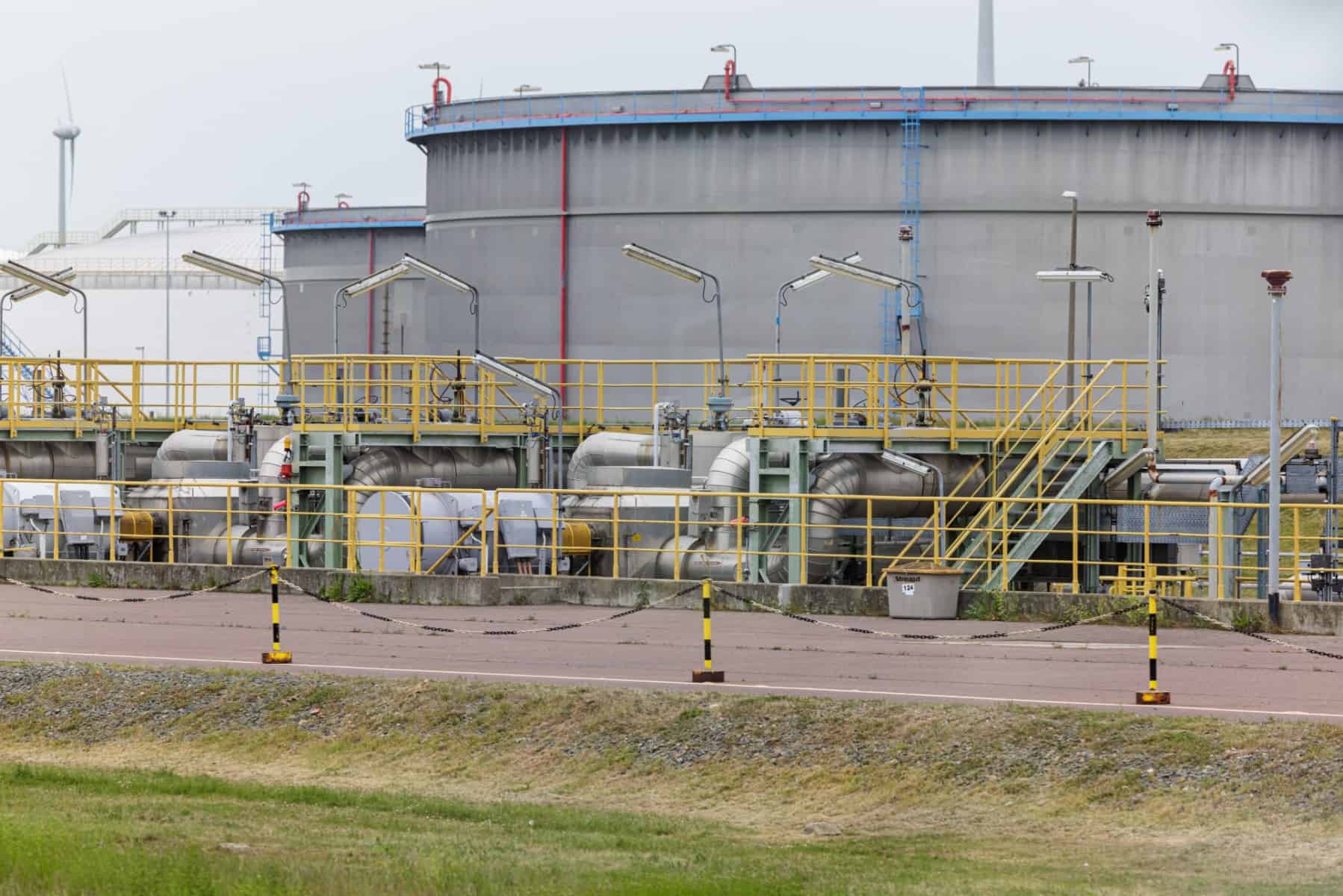 Qatar is one of the world's top Liquified Natural Gas producers. (AFP)

The French energy giant will have 9.3 percent stake in the North Field South gas project, the first foreign partner in that section of the vast field, Qatar Energy Minister Saad Sherida Al-Kaabi announced, at a news conference alongside TotalEnergies chief executive Patrick Pouyanne.

“Qatar Energy announces the selection of TotalEnergies as a partner for the development of the North Field South,” Qatar’s official news agency QNA said. “New partners will be announced at a later stage.”

Kaabi said TotalEnergies would also help to finance the extraction of gas from North Field South, for which 25 percent would be reserved for foreign energy firms.

The French firm would take on an “enhanced strategic” role in Qatar’s gas expansion, he added.

In June, TotalEnergies agreed a $2-billion deal to take part in the giant North Field East project, that will help Qatar increase its liquefied natural gas (LNG) production by more than 60 percent by 2027.

Pouyanne, who said Saturday the latest deal would require another $1.5 billion, said his firm would have taken an even bigger chunk of the production if it was possible.

“We need new capacity for sure, and this will be coming at perfect timing,” he told reporters.

“Most of the leaders of the world have discovered the words LNG,” he said, adding that European countries had to be prepared to strike more long term deals — and possibly pay a higher price to guarantee energy.

“For security of supply, there is a price,” Pouyanne said.

Shell of Britain, Eni of Italy and United States giants ConocoPhillips and ExxonMobil have also signed up to be part of the North Field East project.

More companies will be announced for the North Field South in coming weeks, officials said, but TotalEnergies will have the largest foreign slice.

Qatar is already one of the world’s top LNG producers, alongside the United States and Australia, and LNG from North Field is expected to start coming on line in 2026.