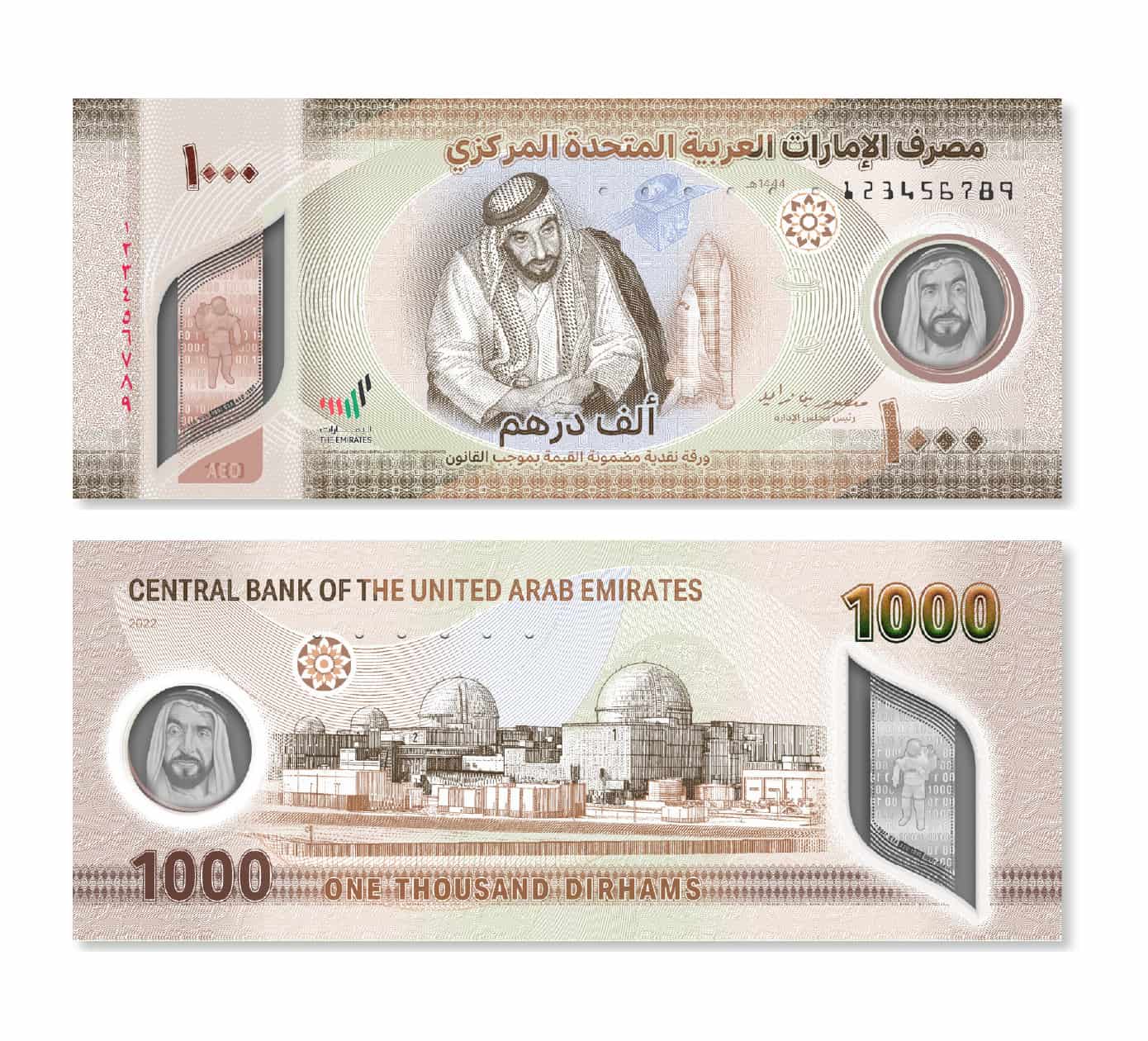 The new banknote will be available in Central Bank branches and ATMs in the first half of 2023. (WAM)

Made of polymer and using innovative designs and advanced security features, the note is the fourth in the Third Issuance of the National Currency Project. The new banknote will be available in Central Bank branches and ATMs in the first half of 2023. The current AED1000 note will continue to be in circulation, as a banknote whose value is guaranteed by law.

An official statement said that its issuance comes within the framework of the Central Bank’s approach to improve the financial sector in the UAE.

“In the design of the new banknote, the CBUAE was keen to highlight the spirit of the union and the success story of the UAE, using images along with cultural and development symbols that reflect the pioneering global achievements of the UAE, which boosted its position amongst developed countries in a record time,” WAM reported.

The Central Bank was also keen to focus on another global achievement for the UAE, by placing an image of the Barakah Nuclear Energy Plant in the Emirate of Abu Dhabi at the back side of the new banknote. The Plant will play a key role in diversifying energy sources in the country, reduce carbon emissions and hence enable the UAE to advance further in meeting its international obligations in this regard.

The CBUAE is the first in GCC and MENA regions to issue the largest multi-coloured KINEGRAM surface applied foil stripe in the new banknote issue, which is in line with its efforts to enhance consumers’ confidence and to combat counterfeiting of the national currency.

On this occasion, Khaled Mohamed Balama, Governor of the CBUAE, said: “The issuance of the new AED1000 banknote comes under the vision of UAE’s President Sheikh Mohamed bin Zayed Al Nahyan, to keep-up with the comprehensive development our country is witnessing, and represent UAE’s global achievements and successes, as well as highlight its future ambitions in various sectors.”