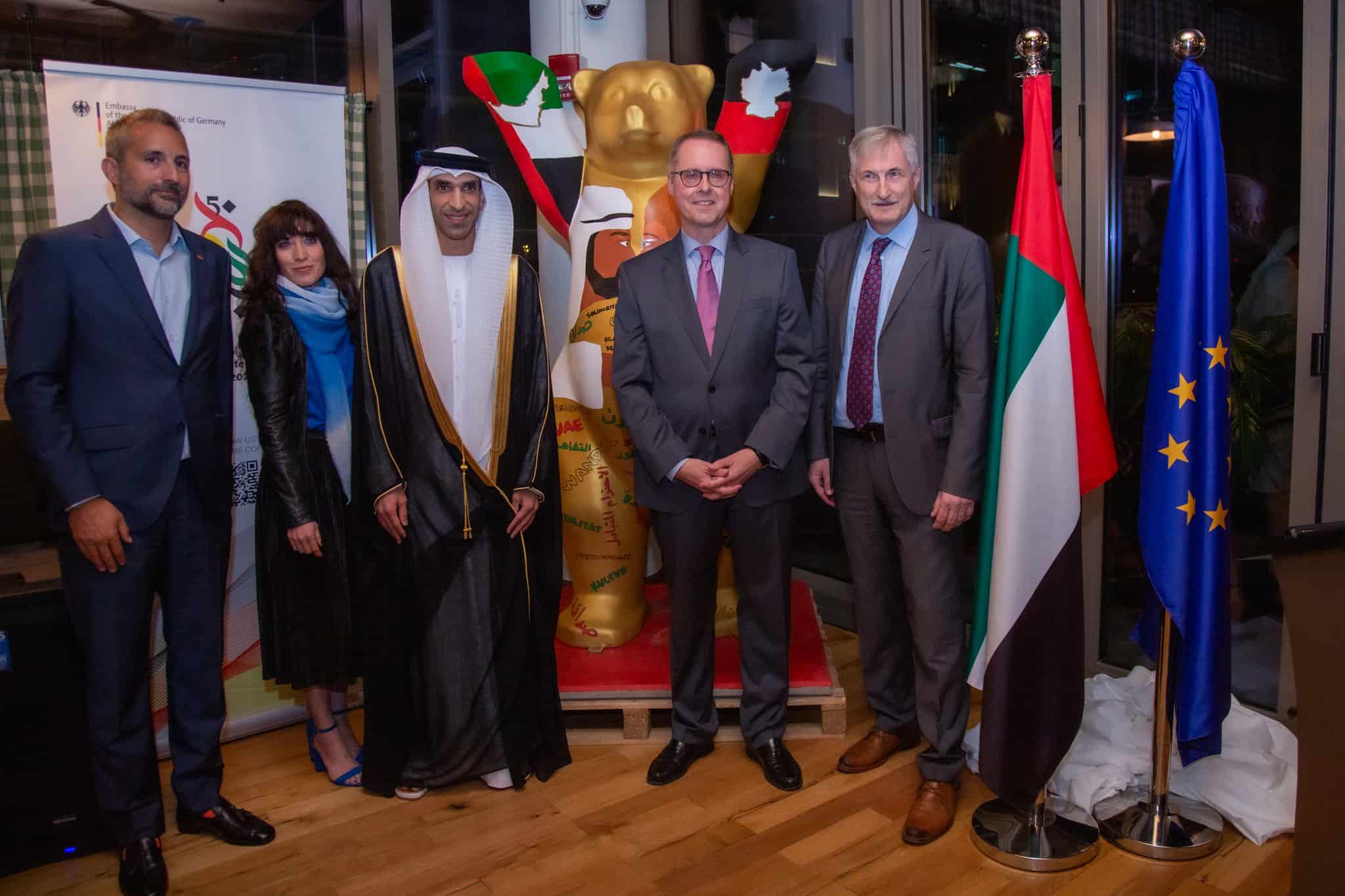 2020 saw the launch of the Emirati-German task force on the Fourth Industrial Revolution. (Pic WAM)

The non-oil trade between Germany and the UAE amounted to $9.5 billion during 2021, a 10.5 percent increase compared to 2020, said Dr. Thani bin Ahmed Al Zeyoudi, Minister of State for Foreign Trade, who added that Germany has become UAE’s most important trading partner in the Middle East.

He said this while addressing an event in Dubai last week on the occasion of the 50th anniversary of diplomatic relations between the UAE and Germany.

“The long-lasting and valuable friendship our nations share goes all the way back to May 1972 when diplomatic ties between us were first established,” Al Zeyoudi said at the reception jointly hosted by Ernst Peter Fischer, the German Ambassador to the UAE; Holger Mahnicke, the Consul-General of Germany in Dubai and Oliver Oehms, the CEO of the German Emirati Joint Council for Industry & Commerce (AHK).

Al Zeyoudi said, “Our economies are both very much geared for the possibilities of the future. We are eager to embrace new technologies, identify new industries and sectors, deploy the latest thinking, and set our sights on the biggest, boldest projects.”

He affirmed that both countries have a shared commitment to utilise every opportunity for partnerships, joint ventures and knowledge sharing to achieve them – especially in the fields of technology and innovation.

For instance, 2020 saw the launch of the Emirati-German task force on the Fourth Industrial Revolution, the minister pointed out. This body serves as a networking forum that fosters ties between businesses, research and development bodies, academia, and government entities in the fields of technology, digital connectivity and artificial intelligence, he explained.

Before that, in 2017, the UAE and Germany signed an energy partnership that resulted in numerous high-level visits, seminars and projects on renewable energy, energy efficiency, mobility, and new technologies, Al Zeyoudi noted.