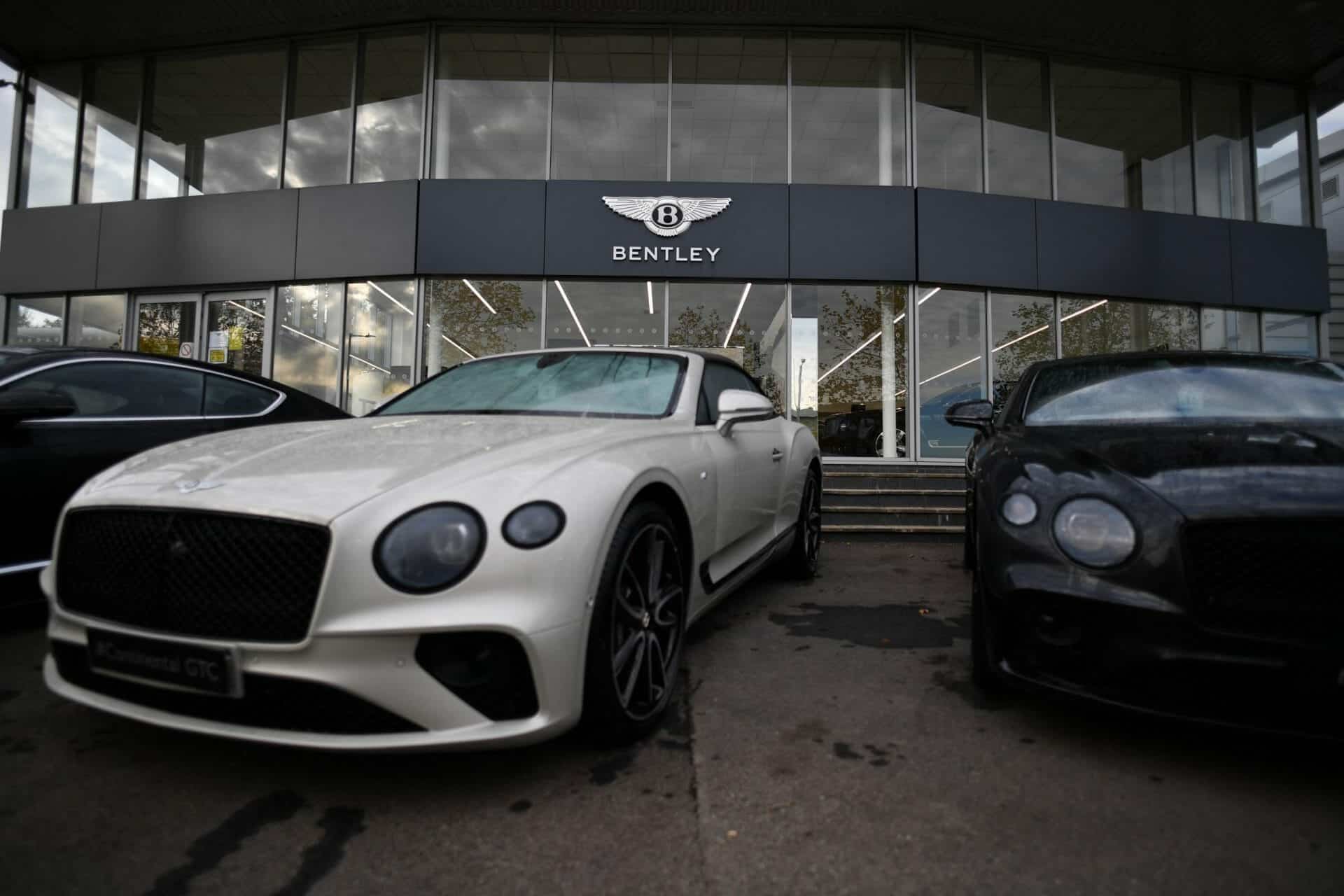 Two models of Bentley -- Bentley Continental GT and Bentley Bentayga -- are quite popular in the UAE. AFP

Most of the Middle East’s high net-worth individuals (HNWIs) live in Saudi Arabia, Kuwait, the UAE and Qatar. These countries are, therefore, the natural markets for major luxury car brands.

Other brands of cars such as Porsche 911 Carrera and Porsche Cayenne GTS, Maserati Ghibli, Maserati Levante and Maserati GranTurismo and BMW X6 are also most sought after by the HNWIs.

Lamborghini sales pick up in 2021

On June 16, Lamborghini celebrated the sale of its 300th Urus, an SUV, in the UAE. The first Urus was delivered in August 2018 and the vehicle has become a benchmark in its class by merging the soul of a super sports car with the functionality of an SUV.

Lamborghini’s following is such that its sales have witnessed strong growth and the company is said to have almost sold out its allocation for 2021.

According to a report, almost 10 months of its production capacity has been sold out and even with the two months shut down, 2020 was its second-best year in terms of sales. Deliveries in Q1 2021 are also said to have surged by nearly 25 percent.

The company also confirmed that its first series production hybrid supercar will be introduced in 2023, while its first fully electric offering will be unveiled before the end of this decade.

The Saudis are not far behind in their love for high-end cars if the sale of Porsche cars is any indication. Porsche Saudi Arabia has registered a 29 percent growth in new car deliveries across the country in 2020.

The brand’s compact SUV, the Macan, continued its growth trajectory since its introduction recording a 50 percent growth over 2019. The sales of the iconic 911 model rose 35 percent compared to the previous year.

Porsche Middle East and Africa’s successful implementation of its new retail strategy helped in achieving the targets in Q1 2021. The UAE, Saudi Arabia and Kuwait were the top three markets with Abu Dhabi returning the strongest growth of 73 percent over Q1 last year.

Another popular car – Lincoln – registered a 21 percent increase in sales in the GCC in Q1 2021, the highest first-quarter increase since 2016. The top-performing models in the first quarter included Lincoln’s flagship model, the Navigator, which grew by 7 percent

With the GCC governments committed to increasing sustainability by reducing carbon emissions and providing infrastructure like charging points for battery-operated vehicles, people are exploring the options to buy EV cars.

Even the authorized dealers of Porsche are supporting the government’s plans in the GCC countries and asking the company to put up charging at important public places. Those buying Porsche Taycan can charge their car at home using alternate current.