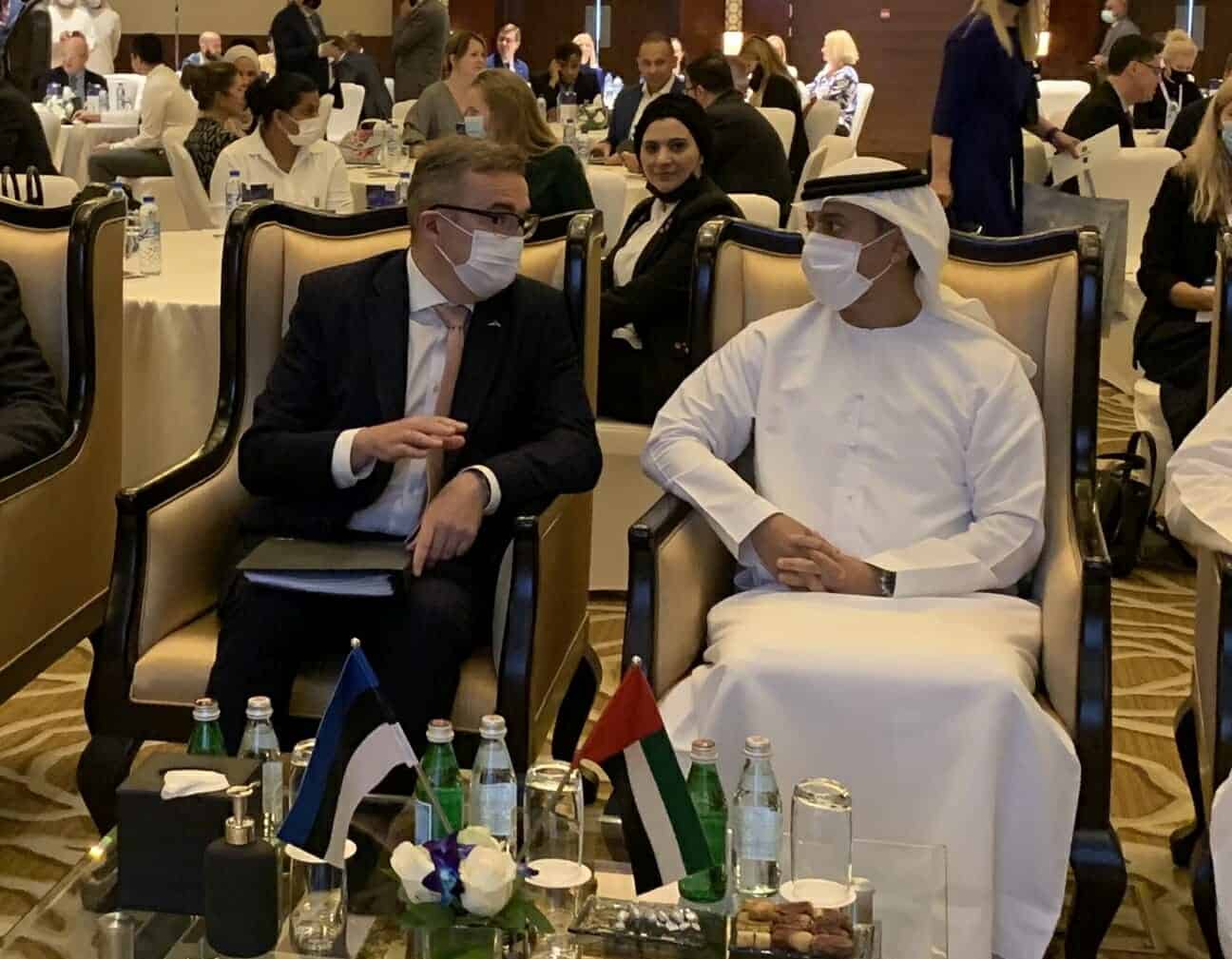 Dignitaries at the UAE-Estonia Business Forum.

The UAE and the Republic of Estonia have signed a Memorandum of Understanding (MoU) to establish the UAE-Estonia Business Council, said local reports on Thursday, September 16.

The council will aim to enhance bilateral economic and trade relations between the two countries, said the reports.

The MoU is said to have been signed during the UAE-Estonia Business Forum.

The event was reportedly organized in Dubai by the Federation of UAE Chambers of Commerce and Industry and the Ministry of Foreign Affairs and International Cooperation.

On the UAE side, the MoU was signed by Abdullah Mohammed Al Mazrouei, Chairman of the Federation of UAE Chambers of Commerce and Industry.

Peeter Raudsepp, CEO of Enterprise Estonia, signed the agreement on behalf of his country.

They reportedly discussed ways of enhancing relations between their countries, especially in the digital economy and artificial intelligence fields.

The meeting also touched on the opportunities that Expo 2020 Dubai could provide to Estonia to showcase its initiatives in digital transformation.