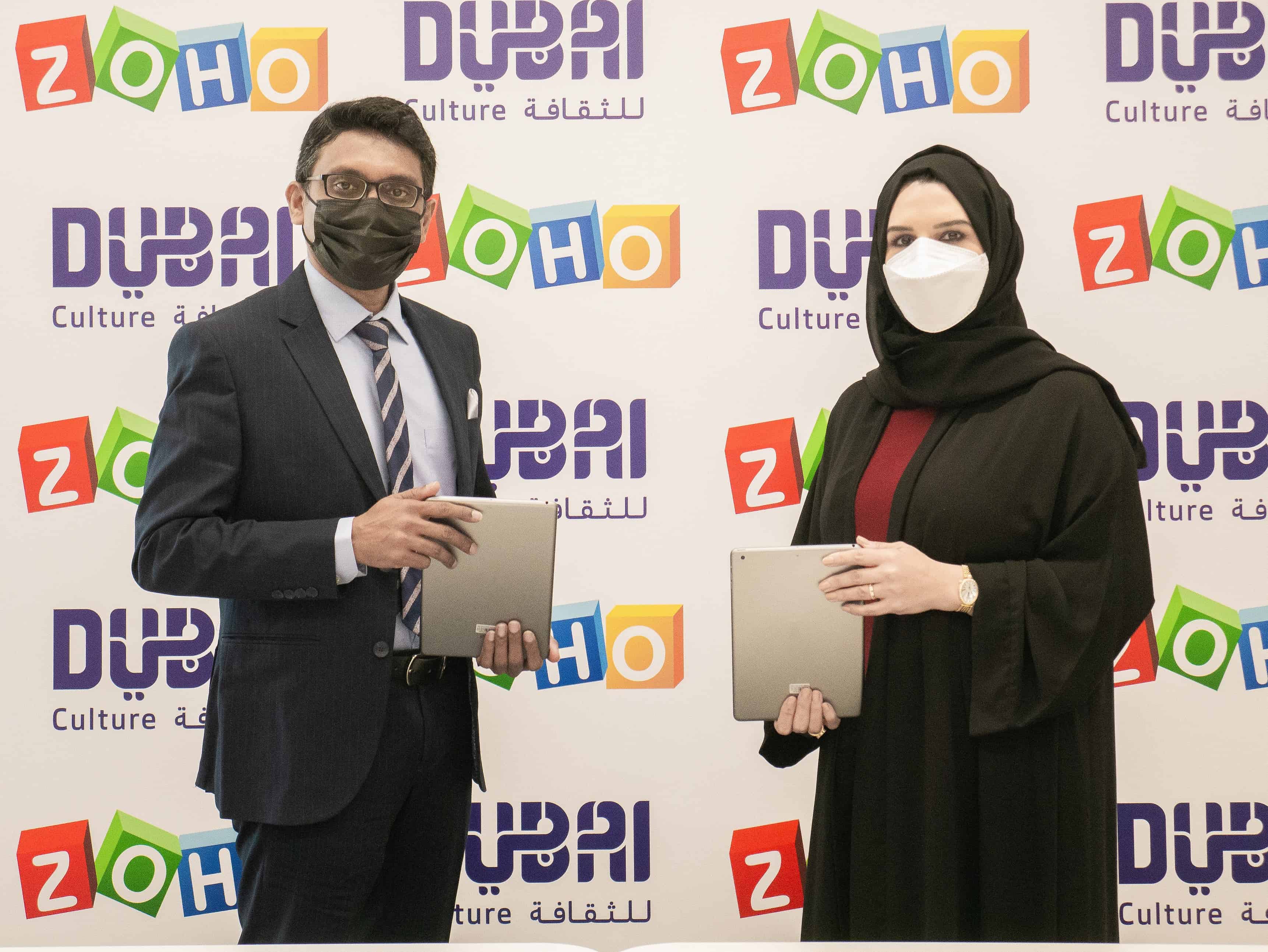 Dubai Culture and Arts Authority (Dubai Culture) signed a cooperation and partnership agreement with global technology company Zoho Corp in a bid to support creative talents based in the emirate, official sources have said.

The agreement reportedly aims to support the emirate’s creative entrepreneurs through their digital transformation journey.

It will also apparently look to enhance the efficiency of their businesses, and simplify daily operations.

The agreement was signed at the authority by Hala Badri, Director General of Dubai Culture, and Hyther Nizam, President MEA – Zoho Corp.

Under this partnership, creative entrepreneurs registered with Dubai Culture will reportedly receive exclusive benefits including a one-year Zoho Wallet credit of $1,000 to utilize Zoho’s offerings.

In addition, DC-registered businesses may expect a 10 percent discount for the next two years, apart from AED15,000 (around $4,000) worth of free training across Zoho’s applications.

The offer is said to be for active members of Dubai Culture who are new users or existing customers using free versions of Zoho’s applications.

All approved applicants will reportedly receive the credits under the agreement within 30 days of submitting their application.

This new public-private partnership reportedly falls within the Dubai Culture’s framework to support the creative community in Dubai.

The partnership is expected to enable the creative community to leverage at least 45 applications as part of the Zoho One business operating system to run their operations on a single unified cloud-based platform that can be accessed from anywhere.

The business apps in Zoho One reportedly cater to business functions such as sales, marketing, customer support, finance, HR, and collaboration.

The apps include Zoho Commerce, which is said to help businesses set up an online store.

Because all applications are built on the same technology stack and supported by a common data model, they contextually integrate with one another, said the official sources.