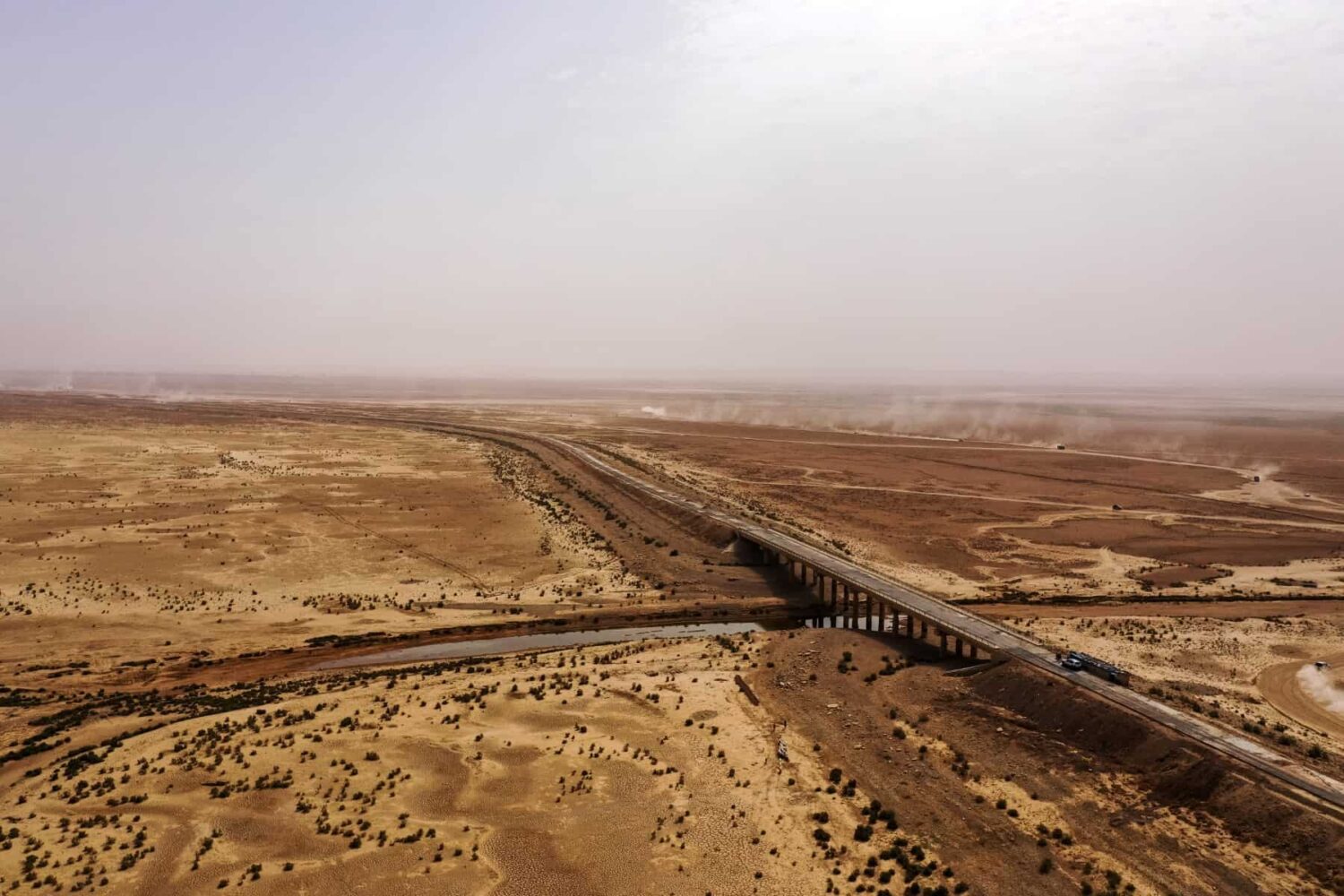 The deal called on countries to ensure that by 2030 at least 30 percent of terrestrial, inland water, and coastal areas are conserved. (AFP)

MONTREAL, CANADA – A UN nature deal proposed Sunday calls to protect at least 30 percent of the planet by 2030 and asks rich countries to stump up $20 billion in yearly aid for developing nations to save their ecosystems.

China, chairing the COP15 biodiversity summit in Montreal, presented a long-awaited compromise text aiming to seal a pact to save the species and ecosystems on which life depends.

It called on wealthy countries to increase financial aid to the developing world to $20 billion annually by 2025, rising to $30 billion per year by 2030.

The document also called on countries to “ensure and enable that by 2030 at least 30 percent of terrestrial, inland water, and coastal and marine areas” are effectively conserved and managed.

Crucially, it includes language safeguarding the rights of Indigenous people as stewards of their lands, strongly backed by campaigners.

The compromise text was quickly welcomed by conservationists, but still needs to be agreed upon by the 196 signatories to the Convention on Biological Diversity before it is finalized.

More than 10 days of fraught biodiversity negotiations came to a head as delegates examined the compromise draft agreement just as the football World Cup between France and Argentina kicked off in Qatar.

A plenary session was scheduled for Sunday evening when countries will have the opportunity to approve the deal. Negotiations over the past 10 days have been slow however and observers warned the talks, scheduled to end on Monday, could run over.

The proposal “responds to parties’ calls for ambitious outcomes by 2030, including calls to enhance ecological integrity, reduce the risk of pathogen spillover, and conserve at least 30 percent of our lands and oceans,” said Alfred DeGemmis of the Wildlife Conservation Society in a statement.

“However, parties may push back in plenary, so it’s important for China to bring any hesitant governments on board with the overwhelming global consensus that biodiversity loss is an urgent crisis that requires immediate action.”

He also cautioned that much of the text was too focused on action by 2050, as opposed to more immediate achievements by 2030.

Another key issue to watch for is the funding mechanism.

Developing countries, spearheaded by Brazil, were seeking the creation of a new fund to signal the global north’s commitment to the cause. But the draft text instead suggests a compromise: a “trust fund” within the existing Global Environment Facility.

China’s Environment Minister Huang Rinqiu said ahead of Sunday’s publication: “It is not a perfect document, not a document that will make everyone happy. However… it is a document that must be adopted at this meeting, that is highly expected by the international community.”

Observers had warned the COP15 conference risked collapse as countries squabbled over how much the rich world should pay to fund the efforts, with developing nations walking out of talks at one point.

But Huang said Saturday he was “greatly confident” of a consensus and his Canadian counterpart Steven Guilbeault said “tremendous progress” had been made.

Delegates are working to roll back the destruction and pollution that threaten an estimated one million plant and animal species with extinction, according to scientists that report to the United Nations.

The more than 20 targets also include reducing environmentally destructive farming subsidies, requiring businesses to assess and report on their biodiversity impacts, and tackling the scourge of invasive species.

Representatives of Indigenous communities, who safeguard 80 percent of the world’s remaining biodiversity, want their rights to practice stewardship of their lands to be enshrined in the final agreement.

The issue of how much money the rich countries will send to the developing world, home to most of the planet’s biodiversity, has been the biggest sticking point.

Lower income nations point out developed countries grew rich by exploiting their resources and therefore they should be paid to protect their own ecosystems.

Current financial flows to the developing world are estimated at around $10 billion per year.

The European Union has committed US$7.4 billion (seven billion euros) for the period until 2027, double its prior pledge.