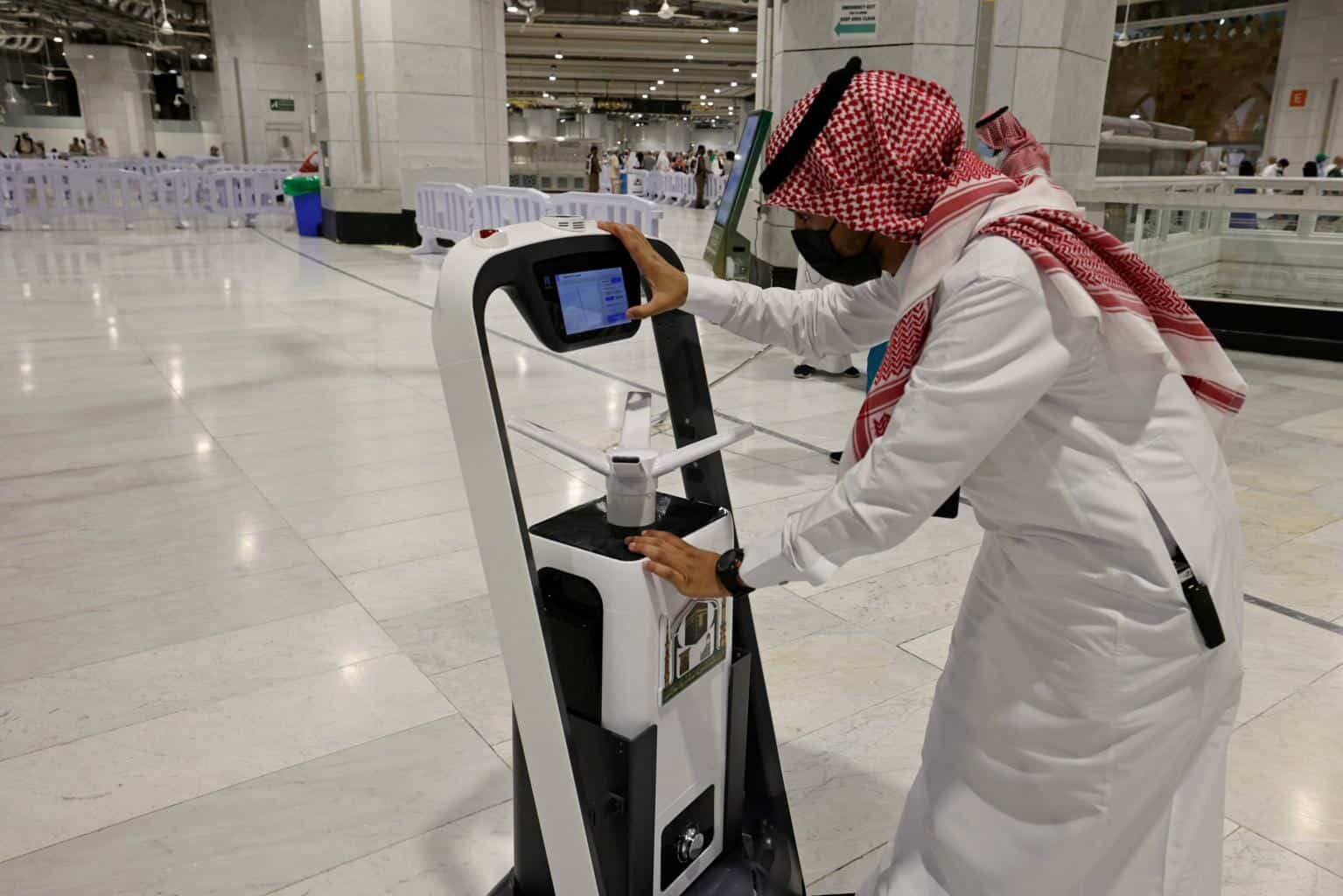 Thirty years ago, it took Egyptian pilgrim Ibrahim Siam several hours to track down his children when they went missing in crowds of worshippers during the hajj in Saudi Arabia.

Fast forward to the modern day and things are far simpler, meaning Siam, now 64, need not worry about losing track of his family and friends thanks to new technologies.

For this year’s hajj, the second to be staged under the shadow of the Covid pandemic, Saudi authorities have rolled out electronic “hajj cards” allowing contactless access to religious sites, accommodation and transport.

“During the 1993 hajj I lost my children and couldn’t find them for seven hours,” said Siam, brandishing a yellow smart card. “Today I’m not worried about losing my wife and the others who are with me.”

His fellow pilgrim Hazem Rihan, a 43-year-old veterinarian, had a similar experience at a previous hajj.

“Once I got lost in Mina and wasn’t able to describe where I had been,” he recounted. “All of the camps looked the same. I asked the organisers but they couldn’t help me.”

The plastic cards are available in green, red, yellow and blue. The colours correspond to markings on the ground guiding pilgrims through the different stages of the hajj.

The digital system also allows the authorities to guide the tens of thousands who attend the annual event, which in years past has at times been marred by deadly stampedes and accidents.

Each card contains basic information about each pilgrim including their registration number, exact location of their accommodation, mobile phone number and the ID number of their guide.

This year just 60,000 vaccinated Saudis and foreigners who reside in the kingdom have been permitted to participate in the pilgrimage.

In the last pre-covid hajj, in 2019, some 2.5 million people participated.

This year, hajj hopefuls had to apply online and obtain special permission.

“Things were completely different before, we got lost on our way for prayers or we arrived late… all of our efforts were in vain,” said Ahmed Achour, an Egyptian pharmacist living in Jeddah.

“From the moment I submitted my hajj request online, everything was smooth. I made the application, it was accepted, I paid and then I printed the authorisation.”

This year’s hajj has been held against the backdrop of mounting concern about new variants of the coronavirus.

‘Keeping up with the times’

Amro al-Maddah, under-secretary at the hajj ministry, said at the launch of the hajj cards that he expected “all transactions to be contactless” in the future, with the cards eventually serving as virtual wallets for payments.

King Salman too lauded the “digital hajj system” during an address on state-run Al-Ekhbariya, saying it was intended “reduce the personnel required to deliver hajj while assuring the safety of pilgrims”.

The pilgrimage, usually one of the largest religious gatherings in the world, was seen as a potential Covid super-spreader event and its organisation is a major logistical feat every year.

This year instead of communal water dispensers, an army of robots was deployed to distribute sacred water to the faithful.

“Bottled zamzam water is much better. There are fewer people and there’s no need to queue,” Pakistani-American Aneela, 37, told AFP.

Egyptian pilgrim Siam said the new technologies meant the hajj was “keeping up with the times”.