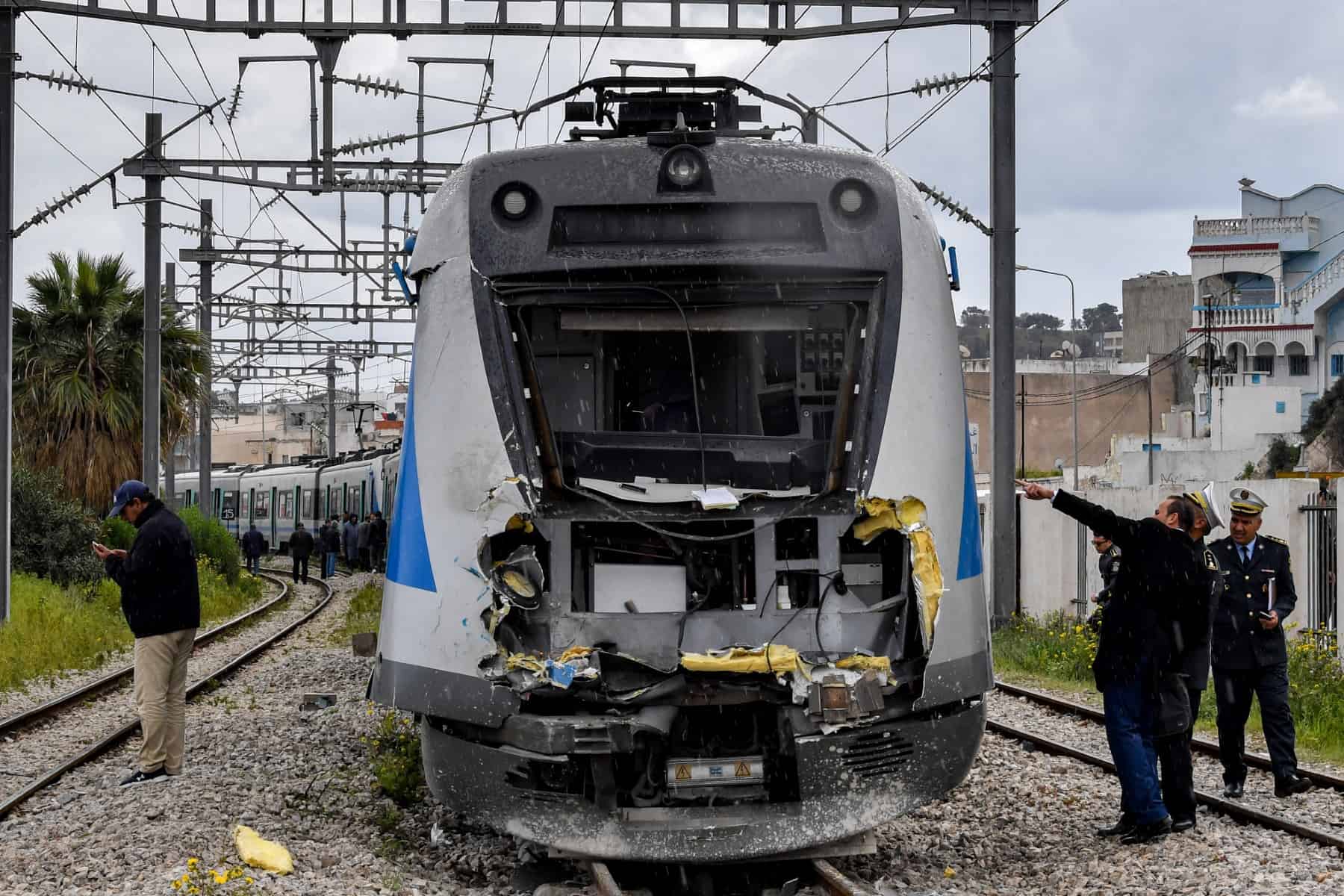 A head-on collision between two passenger trains injured 95 people on Monday morning in the south of the Tunisian capital, emergency services said.

“The injured were taken to hospitals and there were no deaths,” civil defence spokesman Moez Triaa told AFP, adding that only one of the trains was carrying passengers.

Most of the injured were suffering from fractures and bruises, none of them life-threatening, he said.

Many were in shock, he added, saying around 15 ambulances had been dispatched to treat the wounded or take them to hospital.

The incident happened at 9:30am local time (0830 GMT) in the Jbel Jelloud area, on the approach to a terminus in central Tunis.

An AFP reporter at the site saw the front of one of the trains had caved in.

At least five people were killed and more than 50 injured in late 2016 when a train slammed into a public bus before dawn near the site of Monday’s crash.

The previous year, the North African country experienced one of its worst railway disasters, with 18 people killed when a train hit a lorry and derailed at a level crossing south of the capital because of a signals failure.