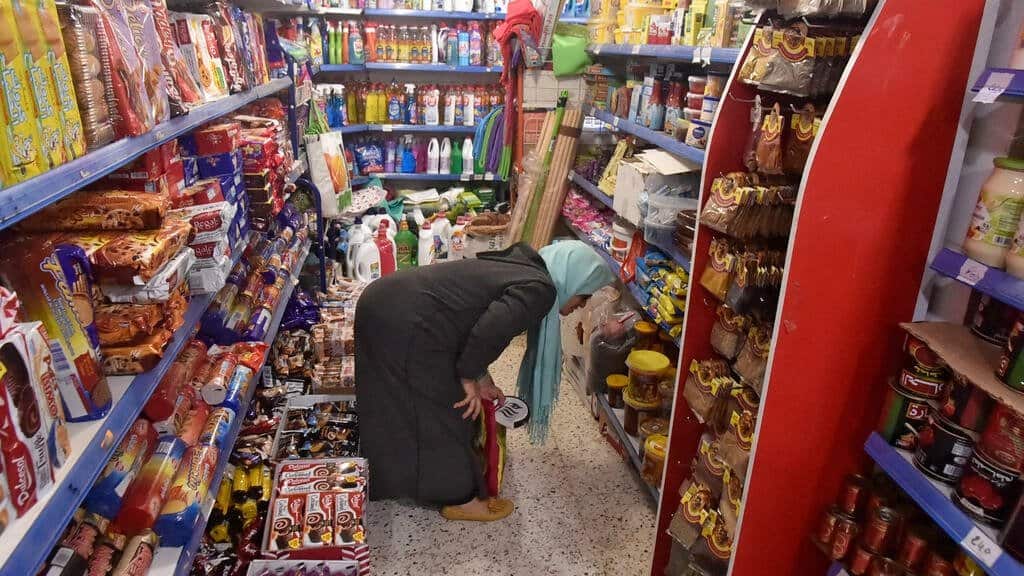 Algeria has for decades subsidised everything from bread and milk to fuel and electricity. AFP

Many economists support the plan as a necessary evil, as long as the neediest are protected, but some poor families are fearful about the impact.

The North African country, heavily dependent on oil and gas exports, has for decades subsidised everything from bread and milk to fuel and electricity, at the cost of billions of dollars a year.

But income from energy exports has fallen for years, especially during the downturn driven by the Covid-19 pandemic, heightening the strain on public finances in the country of 43 million.

Lawmakers voted last week to wind back the subsidy system that has helped share the energy wealth with all households regardless of income, leaving some people worried about how they will get by.

“Already with the current prices we have a hard time making ends meet. The price of sugar, oil, water and fuel will definitely go up.”

The price of potatoes more than tripled to 140 dinars ($1) a kilogram, although authorities blamed this on market speculators they said they had since disbanded.

During Algeria’s transition to a market economy in the 1990s, subsidies replaced the fixed prices of a planned economy that had been in place since independence from France in 1962.

Algeria’s subsidy system has been financed by energy exports that account for about 95 percent of foreign revenues and 60 percent of its budget.

But with a recent decline in energy prices, “the state no longer has the means for such a generous social policy” economist Omar Berkouk told AFP.

“All the World Bank and International Monetary Fund experts, as well as economists, have pointed to the need to reduce (subsidies) by better targeting the recipients,” he added.

Critics of state subsidies say they are costly, create harmful market distortions and are inefficient because they help rich households more than poor ones.

In early October, the IMF said the pandemic and a fall in oil prices and output had “seriously impacted the economy last year” when Algeria’s real GDP contracted by 4.9 percent.

Although a recovery is underway, it recommended “a broad-based fiscal adjustment” with measures to protect the most vulnerable should start in 2022.

Algeria’s state budget for next year sets aside the equivalent of $17 billion for social transfers, including compensation measures, as well as assistance for education, health, housing and support for large families.

Previous governments considered introducing more targeted subsidies in 2015, and again in 2017 when the current President Abdelmadjid Tebboune was prime minister.

“It was ex-president Abdelaziz Bouteflika who prevented any such action, with an eye to running for a fifth term,” Berkouk said about the late veteran leader who was ousted amid mass protests in 2019.

Zoheir Rouis of the Jil Jadid (New Generation) party said the lifting of subsidies should not be “an end in itself but another way to optimise public spending”.

Social and labour issues expert Nouredine Bouderba however slammed the move as “dangerous for national cohesion” in comments to the Reporters news outlet, arguing it comes as the purchasing power of many Algerians is already “under violent assault”.

Prime Minister Aimene Benabderrahmane, who is also finance minister, assured parliament that “the government has no intention of cutting state aid”, promising instead “a new philosophy that targets families in need with direct aid”.

But Berkouk voiced concern that “it’s difficult to identify the people in most need” given the large informal economy and absence of income and asset declarations.

“The poor are visible in the streets, but there is no statistical tool to identify them.”