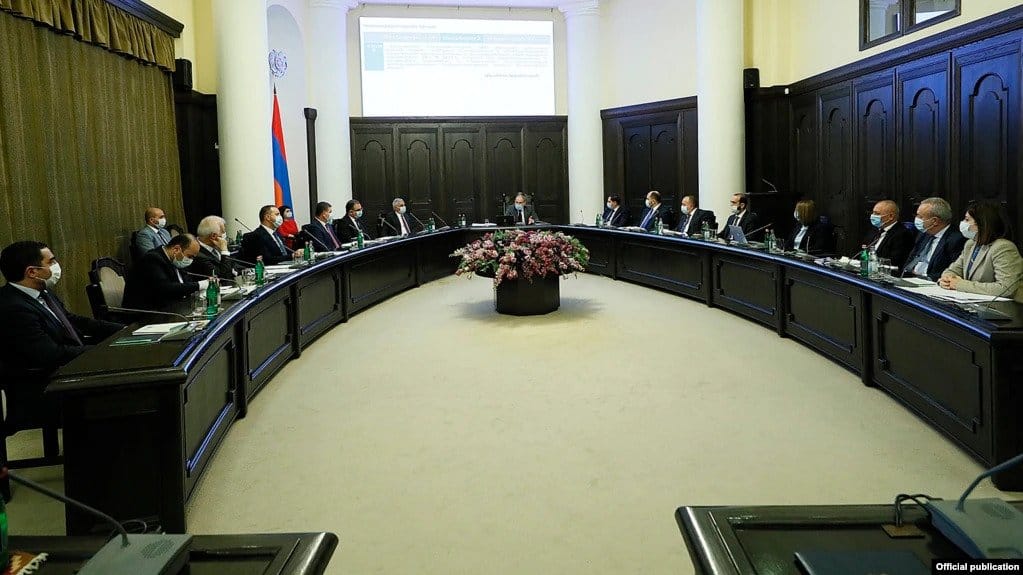 The government’s last cabinet meeting of the year took place on December 30 and it was decided not to extend the embargo on Turkish goods. (file photo)

Armenia said Thursday it was lifting an embargo on Turkish goods from January 1, while Turkey announced the two countries’ envoys could meet in January to discuss mending ties.

Arch-enemies Armenia and Turkey have recently made tentative moves to improve relations.

In Yerevan, the Armenian economy ministry said it was lifting an embargo originally imposed over Ankara’s backing of Turkic-speaking Azerbaijan in a six-week war with Armenia in 2020.

“A decision was made not to extend the embargo on the import of Turkish goods into the country,” the ministry said.

The two countries have no diplomatic relations, a closed frontier and a long history of hostility rooted in mass killings of Armenians under the Ottoman Turks during World War I.

The bitter relationship has deteriorated more recently over Turkey’s support for Azerbaijan, which last year fought a war with Armenia for control of the disputed Nagorno-Karabakh region.

The flare-up claimed more than 6,500 lives and ended with a Russian-brokered ceasefire that saw Yerevan cede swathes of contested territory it had controlled for decades.

Earlier this month Turkey and Armenia named special representatives to work on the normalisation of ties.

Turkish and Armenian companies have also applied for permission for charter flights between Istanbul and Yerevan.

Envoys to meet in January

Speaking on television, Cavusoglu said that the first meeting between the special envoys would likely take place in Moscow in January.

“Russia wants to host that first meeting and Armenia, too, wants it to take place in Moscow. We lean towards that too,” he said. “The first meeting will be important. Afterwards, they will continue in Turkey and Armenia via videoconference”.

He described Armenia’s envoy as someone who “knows Turkey well”.

“He was appointed with good intentions to normalise relations with Turkey.”

He also described Armenian Foreign Minister Ararat Mirzoyan as a “friend of ours who wants normalisation”.

Cavusoglu sought to downplay the significance of the Armenian ban on Turkish imports.

“We heard the news about the non-prolongation of this decision,” he said. “It was meaningless anyway.”

Armenian analyst Hakob Badalyan said the authorities’ decision not to extend the embargo was a symbolic effort to set the stage for talks with Turkey.

“Armenia wants to create a favourable climate for dialogue,” he told AFP.

Analysts believe that with the backing of powerbrokers such as Russia and the United States — and  less opposition from Armenia’s sworn enemy Azerbaijan — the two arch-foes could have a shot at finally mending relations.

Analysts say that Russia welcomes the normalisation of relations because it wants transport and energy lines to open in the region.

The administration of Joe Biden also welcomed the moves, with US Secretary of State Antony Blinken saying Washington “strongly” supports the start of the process.

But some ordinary Armenians criticised the lifting of the ban.

“Have you thought about the consequences of this decision in the context of the weak lira?” one such critic, Arshaluis Mghdesyan, said online.