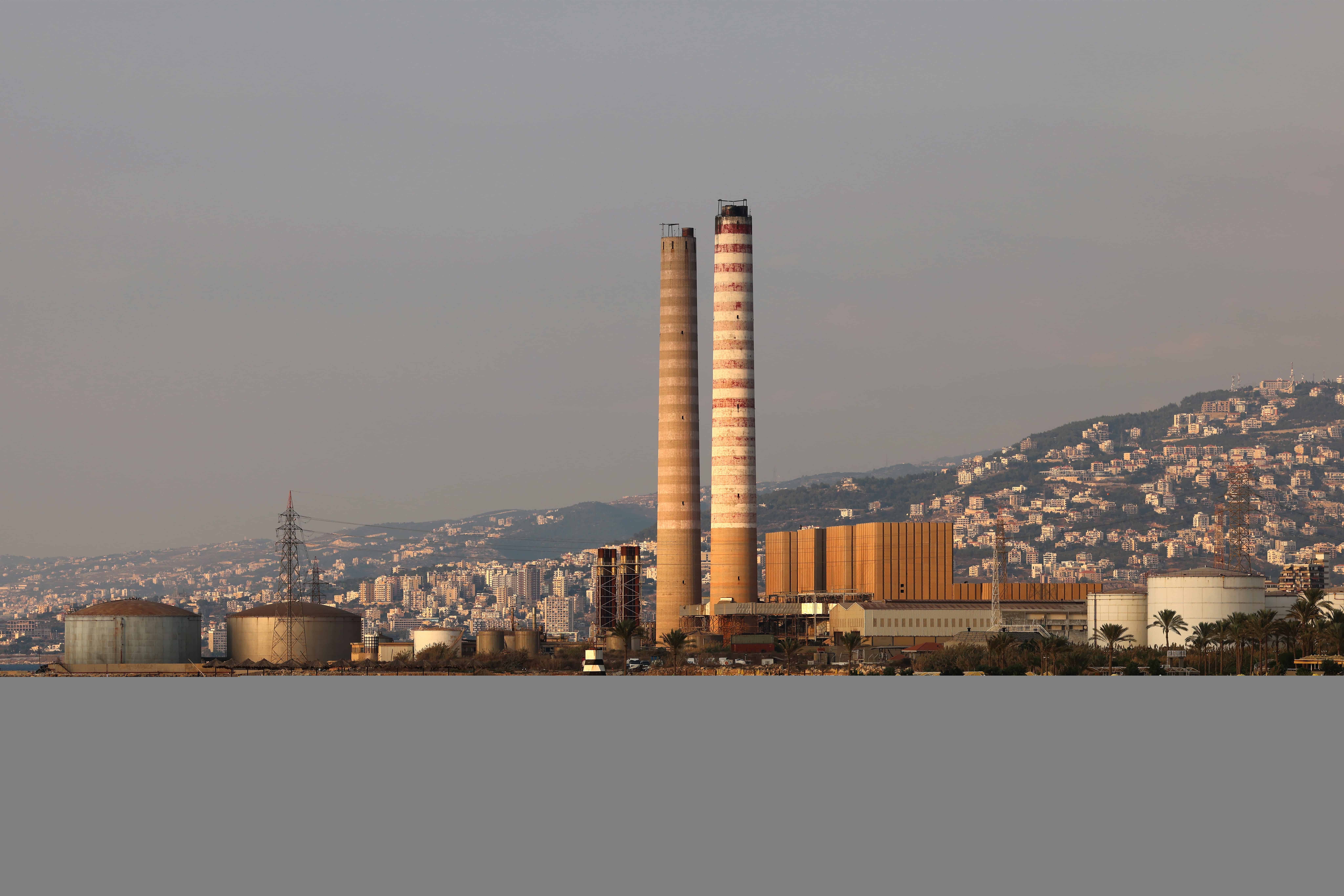 By TRENDS Desk AFP
October 19, 2022 12:41 pm
Share
Zouk Mikael, Lebanon– After losing four relatives to respiratory illness, Zeina Matar fled her hometown north of Lebanon’s capital where she says a decaying power plant generates little electricity but very deadly pollution.
Thick black smoke sometimes billows from its red-and-white chimneys, leaving a grey haze in the air above the Zouk Mikael industrial district where the toxins remain trapped by a nearby mountain chain.Zeina, aged 40, says she lost her younger sister and a cousin to pulmonary fibrosis and that two of her uncles died of lung cancer years earlier.

They all lived near the plant where, experts and residents believe, air pollution means people are more likely to develop cancer and respiratory disease than anywhere else in the crisis-torn country.

“We could die tomorrow,” said Zeina, who has relocated to Lebanon’s south to escape the plant’s emissions.

A Greenpeace study found that the surrounding Jounieh area ranked fifth in the Arab world and 23rd globally for cities most contaminated by nitrogen dioxide, a dangerous pollutant released when fuel is burnt.

The environmental group’s 2018 study singled out the Zouk plant, built in the 1940s, as well as cars on a busy motorway and privately owned electricity generators as the main causes of pollution.

The walls of Zeina’s balconies in her old Zouk Mikael home are blackened by the smoke, and the laundry she used to hang outside would be damaged by toxic chemicals emanating from the plant, she said.

“Whenever they refill the station with fuel oil, we would close the windows,” Zeina said. “The smell is unbearable.”

Lebanon’s economy has been in free fall since a financial crisis hit late in 2019, with authorities now barely able to afford more than an hour of mains electricity a day.

The Zouk Mikael plant, one of the country’s largest, now runs at minimum capacity when it operates at all, but still, its emissions are causing high rates of pulmonary disease, experts warn.

Among them is Paul Makhlouf, a lung doctor at the Notre Dame du Liban Hospital in Jounieh, who said he abandoned his local apartment after noticing a rise in respiratory disease among patients.

In 2014, he found that lung ailments had increased by three percent in patients living near the plant compared to the previous year, an annual rise he estimates has now doubled.

Makhlouf mainly blames the type of fuel burnt at the Zouk Mikael plant, which he says is rich in sulphide and nitric oxide — carcinogenic chemicals that affect the respiratory system and the skin.

Compounding the problem, he said, is the fact the seaside plant is located at a low altitude, with heavy smoke trapped in the densely-populated area by nearby mountains that overlook the Mediterranean.

The energy ministry said the plant had been forced to use heavy fuel to “keep supplying the airport, hospitals and other vital institutions” with electricity.

Since then, the plant has mostly operated at night.

“Sometimes, we wake up to a loud noise in the middle of the night” when the station kicks into action and burns fuel oil, said Zeina’s 80-year-old aunt Samia, who still lives near the plant.

Elie Beaino, who heads the Zouk municipality, said a second plant, built without authorization in 2014, runs somewhat more cleanly on higher-quality fuel or gas, but that it has stopped working as its operators cannot afford those higher-quality hydrocarbons.

“Most residents want the power plants to close down,” he said.

Lawmaker Najat Saliba, an atmospheric chemist, said residents near Zouk are at least seven times more likely to develop cancer than those of Beirut, citing a 2018 study she helped author for the American University of Beirut.

She said the heavy fuel oil it uses releases harmful chemicals. “The solution is to import quality fuel oil and gas,” she said, adding however that Lebanon cannot afford those fuels.

“We have two options today,” she said. “To switch the lights off at the airport and in hospitals, or to sit under a black cloud in Zouk.”