Dare to be different to make positive change: Joumana 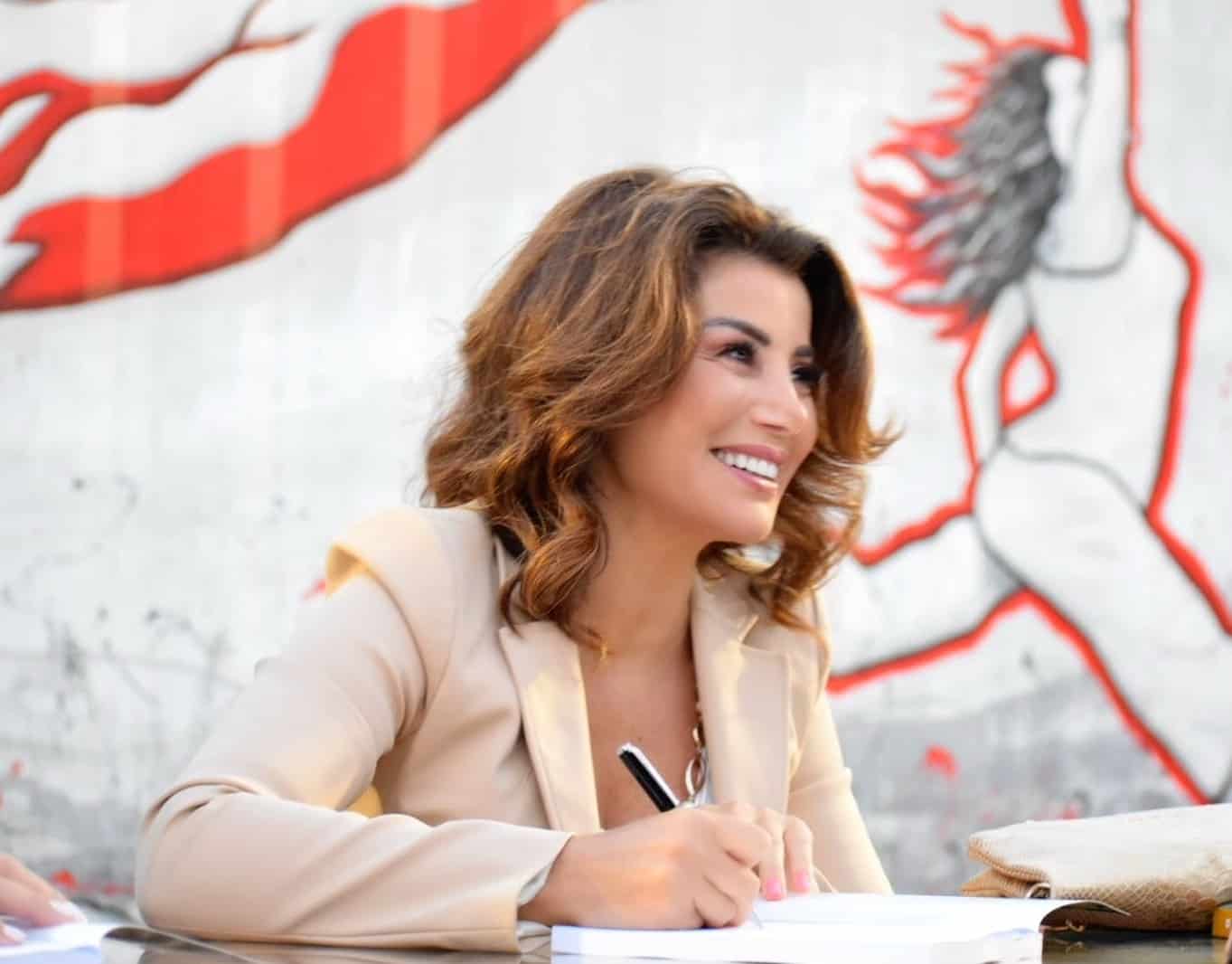 The pleasure of daring to be different in a world fraught with stereotypes is immeasurable, and it’s worth all the antagonism, problems, and even ostracization, feels Lebanese writer, journalist, and human rights activist Joumana Haddad.

“You have to be the change that you would like to see” is something that Haddad lives and breathes.

This, even as she pays a price for her strong voice advocating for the rights of people [not just women], addressing otherwise taboo subjects such as sexuality and gender, among others.

For all this, Haddad is considered one of the most hated women in Lebanon — something that doesn’t perturb her.

Haddad explained to TRENDS, “As much as I’m one of the most hated women in Lebanon, I’m also one of the most loved. Interestingly, this polarisation is driven by my strong opinions, ideas, words, and actions. A section of people loves me for who I am and what I advocate, While some think I’m controversial.”

She went on to add: “I consider it as collateral damage for being the person I am, for what I see, and how I want to live my life irrespective of what my family, community, and society expect. That’s the only way to attain true liberation, not only for women but every human being.”

She also said: “It’s worth all the antagonism, problems, even ostracization, because the pleasure of daring to be yourself, to be different in a world fraught with stereotypes is immeasurable.”

Haddad is a self-professed “whistleblower” — be it through her writings, commentaries, or television shows — with a deep urge to make real, positive, and lasting change: a journey that she believes must start at home.

“Ever since my brother and I were children, our parents taught us to never settle for anything less than what we expect. That has stayed with me,” she said.

“In turn, I’ve always taught my sons to stand up against derogatory comments and not be afraid to break stereotypes, because I strongly believe that each one of us can be a changemaker in our own ways with the hope for a better world.”

A big believer of self-expression, Haddad uses her publication Jasad — which means body in Arabic — to tackle issues related to art, literature, and politics of the body.

Just like her, the platform has received bouquets and brickbats in equal measure.

“It’s a magazine that I started in late 2009, which was distributed in Lebanon but censored in many Arab countries. It addressed several taboos that people are generally afraid to speak aloud in our part of the world, leading to a lack of awareness,” explained Haddad.

“However, after two years I had to put Jasad on hold for a decade due to lack of financial support, relaunching it as a digital media platform this year,” she said.

“There are countless such struggles that one has to face as a changemaker.”

Asked if Jasad has been able to reform the conversations around the body and associated taboos, Haddad said, “Even as more people — particularly the youth — are keen to have open conversations to normalize taboos around body, sexuality, and gender, things are yet to improve to the extent that it must.”

She however, was quick to confirm that Jasad was “by no means the only platform trying to shift the conversation.”

Haddad asserted: “There are many others keen to fuel welcome change in our culture, society, and for our wellbeing.”

Changemaking is a long road

“When I look back at the past five decades of my life, I feel as if my country Lebanon hasn’t really changed much. It’s as much a personal as collective failure despite all our struggles,” said Haddad.

After all, for a major part of the beginning of those aforementioned five decades, Lebanon was in the midst of a civil war that only ended in 1990.

And, since 2019, the country has been plunged in an economic crisis — at the center of which is the Banque du Liban — that has seen its official currency lose around 90 percent of its purchasing power, and plunged four out of every five families into poverty.

“The country is perpetually on the brink of a war, people are losing their loved ones, denied their basic rights,” said Haddad.

“There is need for more awareness to help women understand their rights,” she added.

The starting point of all this should be financial independence, so women may “walk on their chosen path, even make mistakes, and celebrate victories as opposed to submitting,” Haddad observed.

“We also need more feminist women in decision-making roles, be that in politics or corporate organizations. We need more women who are passionate about women’s rights and will advocate and legislate to improve women’s lives,” said the activist.

“Importantly, the way in which we educate our children must change to help them overcome stereotypes practiced over generations,” she concluded.