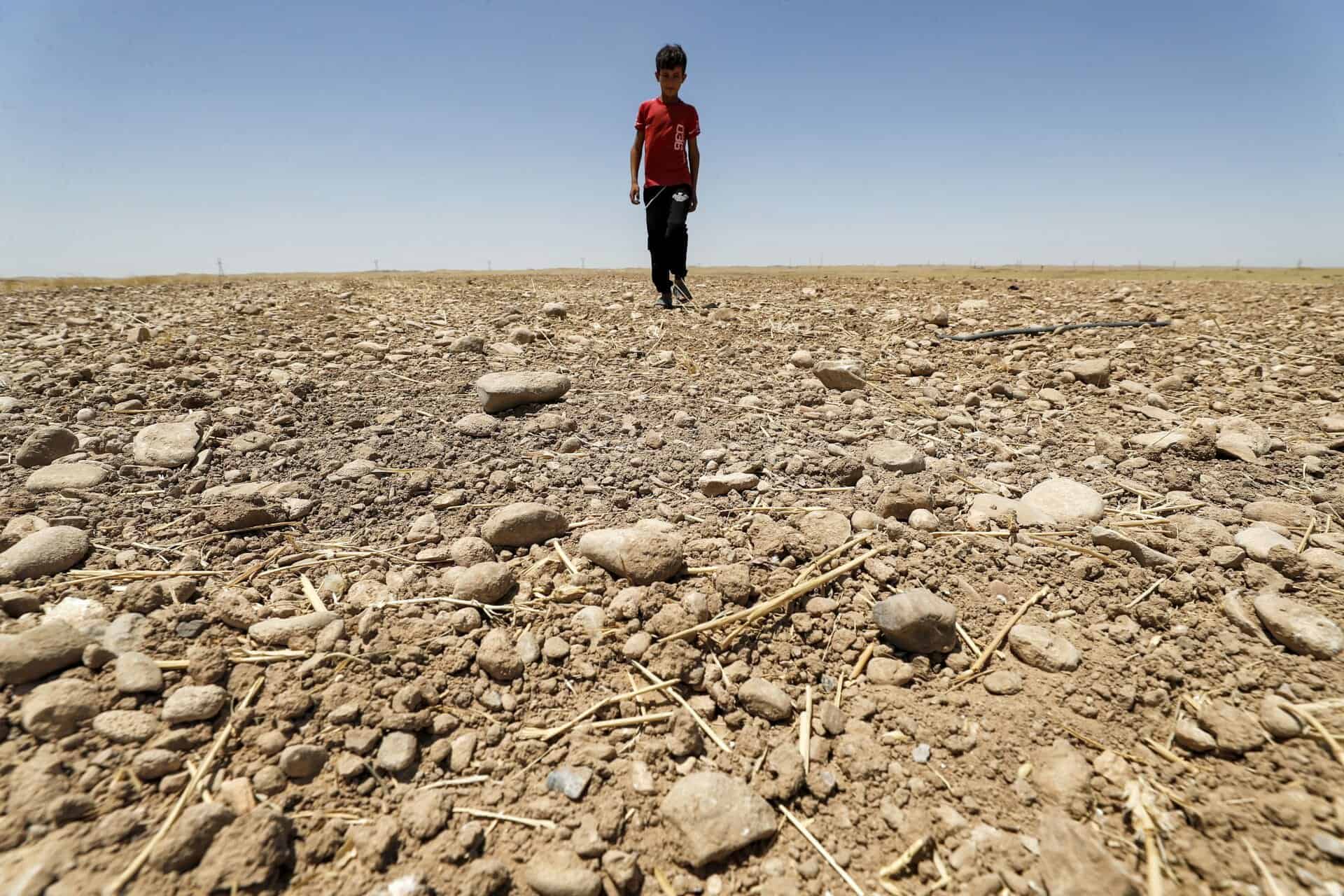 In this file photo taken on June 24, 2021, a boy walks through a dried up agricultural field in the Saadiya area, north of Diyala in eastern Iraq. AFP.

Extreme water shortages in Iraq will halve the area of crops being grown next harvest, the authorities said Monday, following UN warnings calling for “urgent” action.
Iraq’s government said the area of farmland with crops would this 2021-2022 season cover “50 percent of the cultivated area last year”, according to a statement published by the state news agency INA.
Iraq is struggling amid the consequences of dire droughts exacerbated by global warming, compounded by the extraction of water from the Tigris and Euphrates, rivers shared with neighboring Turkey and Syria.
“The impact of water shortages in Iraq is becoming evident through the lower crop yields for 2021. Urgent action is required to confront climate change,” UN agencies said in a joint statement Saturday, including the Food and Agriculture Organization (FAO) and the World Food Programme (WFP).
“Resilient, modern food systems are important for long-term food security and the sustainable economic growth of Iraq,” it added.
The FAO estimates that “by the end of the season, wheat production will be 70 percent lower and barley production negligible.”
The agricultural produce of Iraq usually includes wheat, barley, dates, tomatoes and rice.
Salah El Hajj Hassan, FAO’s chief in Iraq, said Monday that the agency was working with government ministries to support farmers to “increase their income, make better use of available resources and cope with drought”.
Funds from the European Union are supporting a project to repair irrigation infrastructure in the north, including canals and pumping stations.
In August, 13 aid agencies, including Mercy Corps and the Norwegian Refugee Council, warned seven million people in Iraq risk losing access to water amid rising temperatures and record low levels of rainfall, creating an “unprecedented catastrophe” forcing more from their homes.