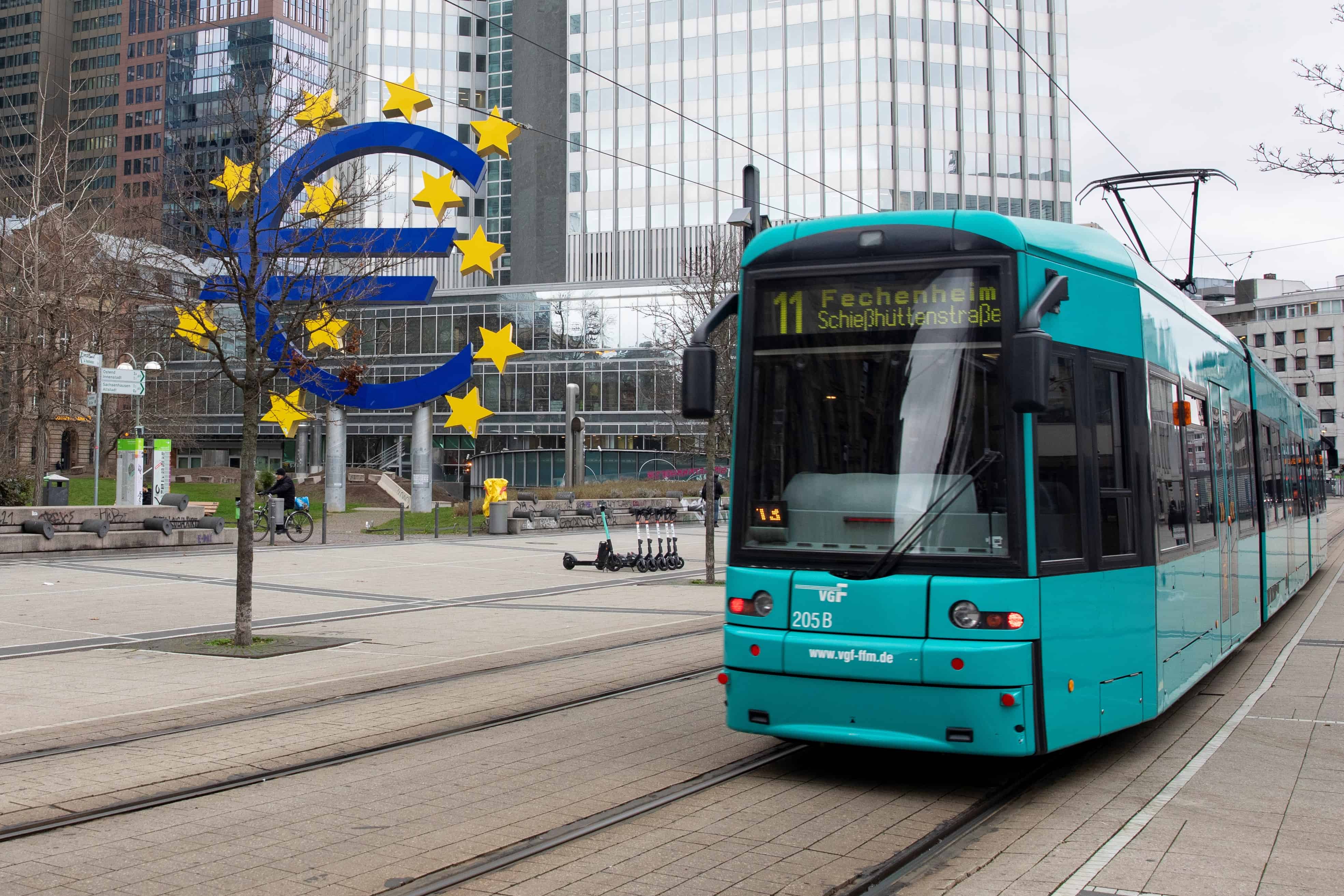 The Euro currency sign is seen in front of the former European Central Bank (ECB) building as a tramway drives past, in Frankfurt am Main, western Germany.

The euro struck parity with the dollar for the first time in nearly 20 years on Tuesday as a cut in Russian gas supplies to Europe heightened fears of a recession in the eurozone.

The European single currency hit exactly one dollar — its lowest level since December 2002 — before bouncing back somewhat.

Oil prices plunged on concerns of a wider recession as central banks hike interest rates to fight decades-high inflation, with international benchmark Brent finishing below $100 a barrel for the first time since April.

US indices finished near session lows, with the S&P 500 losing 0.9 percent.

“The nail in the coffin today was dire data showing that economic confidence in Germany fell to a decade low,” she added.

Russian energy giant Gazprom on Monday began 10 days of maintenance on its Nord Stream 1 pipeline — with Germany and other European countries watching anxiously to see if the gas comes back on.

With relations between Russia and the West at their lowest in years because of the invasion of Ukraine, Gazprom may not reopen the valves, according to analysts.

“The next few weeks could be challenging for Europe, with possibly maximum uncertainty stretching into August,” said SPI Asset Management’s Stephen Innes.

“Investors increasingly believe that gas may not start to flow through Nord Stream 1 again following the scheduled maintenance on July 11-21, with further ‘temporary’ interruptions seen as likely.”

Worries about a Covid flare-up in China — fueling fears of more lockdowns — added to the downbeat mood.

A forecast-beating US jobs report last week suggested the world’s top economy was coping with higher Federal Reserve rates, but it also gave the central bank more room to continue tightening — leading to concerns it could go too far and cause a contraction.

The European single currency is also under pressure from the Federal Reserve hiking US interest rates more aggressively than the European Central Bank.

The dollar has jumped 14 percent against the euro since the start of the year.

US inflation data due out Wednesday could also solidify the case for the Fed to continue raising interest rates aggressively.

“In anticipation of that, investors have retreated to the safety of the US dollar once more, steering clear of risky assets in favor of haven” assets, said market analyst Craig Erlam at trading platform OANDA.