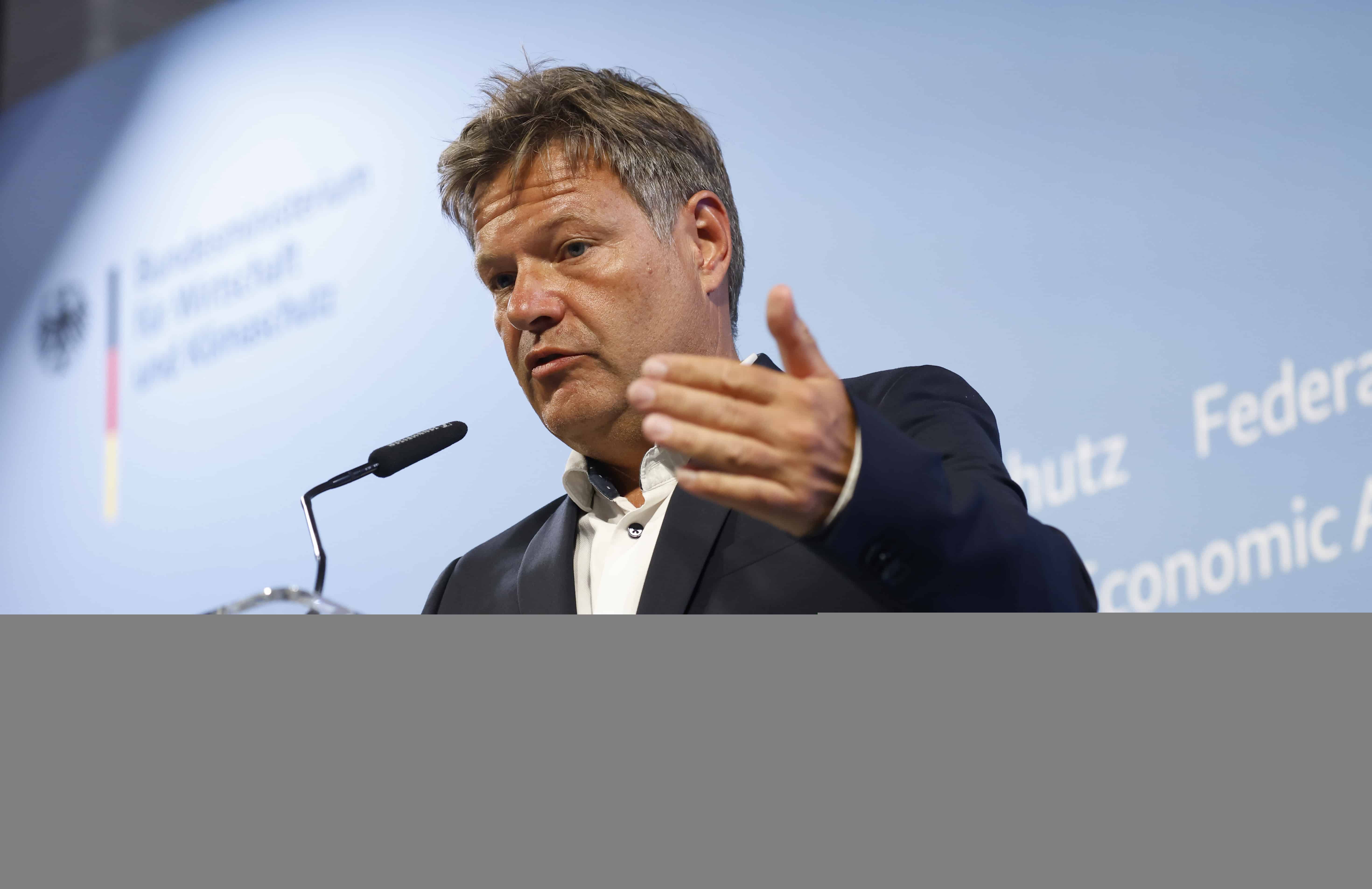 German Minister of Economics and Climate Protection Robert Habeck gives a press statement at the ministry in Berlin on August 15, 2022.

German households face an energy surcharge reaching hundreds of euros in the wake of the Ukraine war, according to the rate published Monday, prompting the government to promise relief measures.

The charge has been set at 2.419 cents per kilowatt hour, said Trading Hub Europe, a non-profit company of energy network operators in Germany.

The surcharge is aimed at sharing out the soaring costs borne by energy importers after Russia drastically curtailed gas supplies to Germany following its invasion of Ukraine.

Gas importers have so far taken on the additional costs themselves, but a new rule agreed by the government allows them to pass on ballooning costs via the levy to households from October 1.

“It is by no means an easy step to take, but it is necessary to maintain the heating and energy supply in households and the economy,” said Economy Minister Robert Habeck.

He promised that the “levy will be accompanied by another relief package”, details of which are still being discussed.

Germany has been scrambling to find alternative energy sources to plug the gap left by Russia.

Europe’s export giant had based its economic model on “dependence on cheap Russian gas”, noted Habeck.

“It is a political mistake to make oneself dependent on a potentate who tramples on people and citizens … and to free oneself from this and regain” control is worthwhile, stressed the minister.

The Kiel Institute for the World Economy estimates that the surcharge will send Germany’s already soaring inflation rate up by another 0.9 percentage points.

Chemical and pharmaceutical companies would have to fork out three billion euros more for the levy, said industry association VCI, which acknowledged it as a necessary but “extremely bitter pill” to swallow.

The state has had to inject billions of euros in energy giant Uniper to prevent it from going under after it was hit by Russia’s energy cuts.

Major energy group RWE has however said that as a “financially strong and robust company”, it will waive the surcharge and continue to bear the additional import costs itself.

The group last week reported profits reaching 1.57 billion euros for the first half of the year.