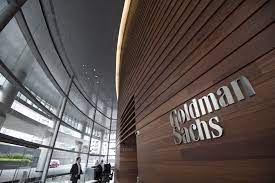 Goldman Sachs, the US investment bank, has estimated that the restructuring of Lebanon’s financial system would leave the crisis-prone banks of the country with total losses of up to $65 billion, and might lead to insolvency.

“In all, we estimate that restructuring the financial system would leave the banking sector facing likely losses of up to $65 billion, rendering it insolvent,” the bank’s Economic Research report said.

The report believed that the bulk of these losses may fall on the shoulders of the depositors.

“We thus anticipate that a significant portion of the burden of losses in the financial sector is likely to be borne by depositors through a ‘bail in’ of some kind, at least initially,” Goldman stated.

The investment bank presented a set of macro projections based on the successful implementation of reforms under the auspices of the IMF and outlines various restructuring scenarios.

“According to our estimates, the FX liabilities (of the Central Bank) currently stand at around $70 billion. Against this, the BdL has around $13 billion in usable reserves1, implying a negative Net International Reserve (NIR) of around $57 billion (excluding gold and other FX holdings). In order to restore the NIR to a positive position, this implies a write-down in the BdL’s FX liabilities to the banking sector of close to $60 billion, in our view,” the report noted.

Goldman also said that a big haircut on the Lebanese government Eurobonds is inevitable and likely to be very substantial.

“In our base case, we believe a 75 percent haircut is most consistent with our macro assumptions, implying that recovery values are likely to be in the range of 15 and 20 cents on the dollar, in line with the current market valuation.”

The report added that restructuring of the government’s debt, which, calculated at market exchange rates, is the highest in the world, at over 300 percent of GDP.

Goldman commented on proposals to use the proceeds of recovered funds from an anti-corruption drive.

“In our view, such remedies are either too small (losses represent 40x the bank equity base, according to our estimates) or too nebulous to be the basis for a credible or sustainable resolution to the financial system’s insolvency. We thus anticipate that a significant portion of the burden of losses in the financial sector is likely to be borne by depositors through a ‘bail in’ of some kind, at least initially.”