Growth in focus as UAE signs CEPAs with key nations 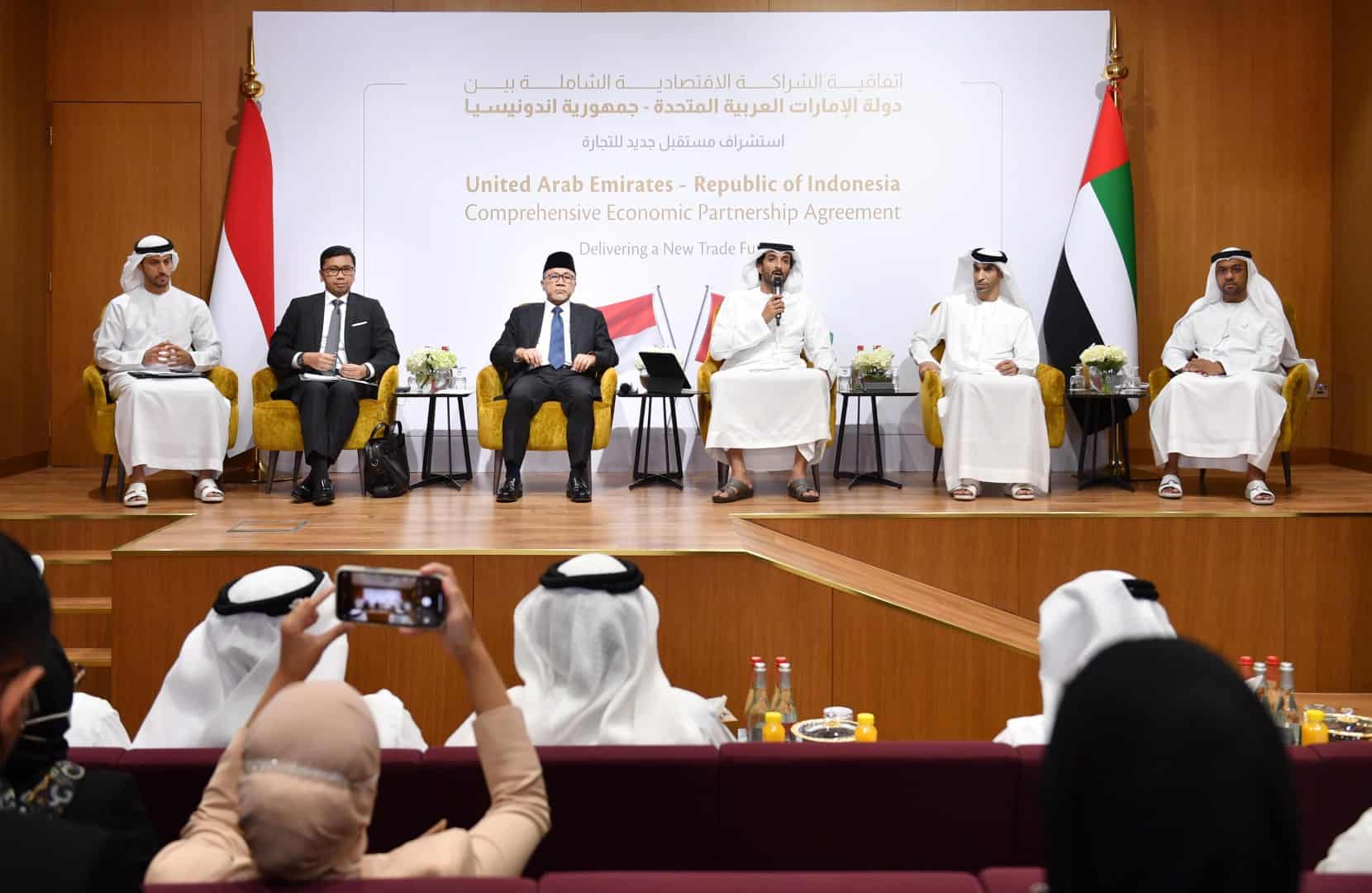 The UAE has signed several comprehensive economic partnership agreements (CEPA) with Asian and other nations to keep up with global trends, create trade blocs that enable it to deal with the global economy and trade effectively.

The agreements increase cooperation with these countries and expand its fields to achieve the greatest possible benefits.

Since February this year, the UAE has inked free trade agreements with India, Indonesia and Israel. In addition, its commercial links with these nations have been expanded over the previous few years as part of its opening plan.

UAE Minister of State for Foreign Trade Dr Thani bin Ahmed Al Zeyoudi said that the comprehensive economic partnership agreements inked by the Emirates with India, Israel and Indonesia will result in an expected 2.6 percent rise in the national economy by 2030.

The agreements began earlier this year, with the UAE and India signing a comprehensive economic partnership deal on February 18, 2022 to increase trade and investment between the two countries to strengthen their economies following the Covid-19 pandemic.

He said, “It will also stimulate trade between the two markets by canceling and reducing customs duties, which amount to 90 percent of the taxation items applied to imported goods and merchandise between the two countries.”

He said that the agreement covers about 95 percent of the value of current items imported by each nation from the other, which contributes to accelerating intra-non-oil trade growth from US$45 billion by the end of 2021 to US $100 billion annually over the next five years.

According to the Indian Ministry of Foreign Affairs, the amount of commerce between India and the UAE is anticipated to reach US$59 billion per year, with the UAE being India’s third-largest trading partner between 2019 and 2020, after China and the United States.

The 2020 and 2021 figures revealed that the UAE is also India’s third-largest export destination, with over US$16 billion.

On May 31, the UAE and Israel signed the first free trade deal between Israel and an Arab country.

According to the deal, 96 percent of all items would be exempted (from customs tariffs) immediately or gradually and the two countries will collaborate to expand investments, generate jobs, strengthen climate and food security measures.

According to official Israeli data, the overall trade exchange between the two countries last year was around US$900 million.

Following the agreement’s signing, the head of the UAE-Israel Business Council stated, “Trade between the two nations will exceed US$2 billion in 2022, rising to almost US$5 billion in five years, supported by collaboration in renewable energy, consumer products, tourism and life sciences.”

After the signing of the CEPA with Indonesia, we now have access to a large market with 1.7bn people, including 1.4bn people in India and 280m in Indonesia, in addition to nearly 10m people in Israel.
Dr. Thani bin Ahmed Al Zeyoudi, UAE’s Minister of State for Foreign Trade

On July 1, 2022, the UAE inked its most recent free trade agreement with Indonesia.

Customs charges on most items exchanged between the two countries will be eliminated or drastically reduced under the Comprehensive Economic Partnership Agreement.

Last year the volume of trade between Indonesia and the UAE amounted to almost US$4 billion, according to data from the Indonesian Ministry of Commerce.

The Observatory of Economic Complexity reports that the main Indonesian exports to the UAE are palm oil, jewelry and precious metals. In contrast, most UAE exports to Indonesia are petroleum gases, non-crude oils and iron.

According to Al Zeyoudi, the UAE is expected to sign the fourth comprehensive economic partnership agreement with Colombia this month.

He also described the progress of negotiations on signing the comprehensive economic partnership agreement with Turkey as excellent and added, it is expected to be completed before the end of this year.

“We have begun negotiations with some African and East Asian countries, as well as with Georgia, which was announced during Expo 2020 Dubai and the declaration was signed with Chile and coordination is still in place,” Al-Zeyoudi said.

“We are also communicating with some countries, including Mexico, which expressed its desire, and other countries,” he added.

A free trade agreement is a coalition of two or more countries that requires the liberalization of trade and the elimination of all customs and non-tariff obstacles to trade in products and services, to enhance trade volume, economic growth rates and economic cooperation among signatory countries.

On the economic value of these agreements, the International Organization of the World Economic Forum emphasizes that removing customs tariffs because of free trade agreements leads to a drop in import prices, which helps the consumer.

Some local industries participate in trade agreements to find new markets for their duty-free products, which aids in expanding these industries, employing more people and solving the unemployment problem.

Free trade agreements are regarded as a means of developing stronger political and economic blocs, as the European Union and the Gulf Cooperation Council countries have done. Moreover, it implies increased economic prospects and more efficient use of natural resources.