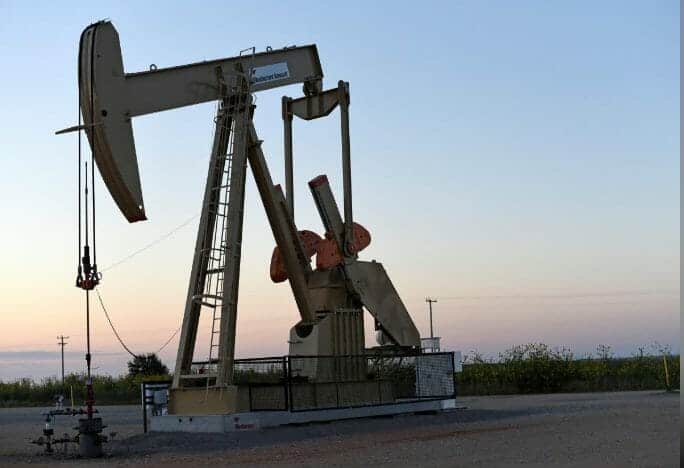 The primary beneficiaries are countries that are net energy exporters and have significant terms of trade gains. AFP

As oil prices rise, some countries gain and others lose. The primary beneficiaries are countries that are net energy exporters and have significant terms of trade gains. These include the ten MENA oil-exporting countries  – Saudi Arabia, the United Arab Emirates, Kuwait, Qatar, Oman, Bahrain, Algeria, Iraq, Iran, and Libya – and Russia, Nigeria, Angola, Kazakhstan, Ecuador and Colombia.

Assuming hydrocarbon exports remain stable, a rise in energy prices increases current account surpluses in Saudi Arabia by US$ 28.3 billion, in Iraq by US$ 11.6 billion, and in the United Arab Emirates by US$ 11 billion.

With the continued significant fiscal adjustment, most oil producers’ budgetary breakeven oil price has declined in recent years. However, projections by International Institute of Finance (IIF) indicate that it is now below US$ 70b for Saudi Arabia, the UAE, Qatar, Oman.

If oil prices average US$ 81/b in 2022, fiscal balances in Saudi Arabia, the UAE, Qatar, Iraq, and Oman are projected to be higher than 3% of GDP.

Countries at the receiving end

Increased energy prices will be detrimental to several emerging and frontier market economies that rely heavily on crude oil and natural gas imports. The terms of trade loss are especially significant for countries with hydrocarbon imports exceeding 4 percent of their GDP such as Jordan, Morocco, and Lebanon.

IIF assumes in its report that Brent oil prices will average US$ 81/b in 2022, up from US$ 71/b in 2021. The continued price increase is primarily due to supply constraints in the United States, combined with OPEC+’s strategic decision to cap its output growth.

The rise in prices is also explained by the steady decline in global oil and gas inventories, robust economic growth as the world recovers from the pandemic and relatively low new investment in fossil fuels in recent years. As a result, Brent spot prices increased from an average of US$ 75/b in September to US$ 84/b in the first three weeks of October 2021.