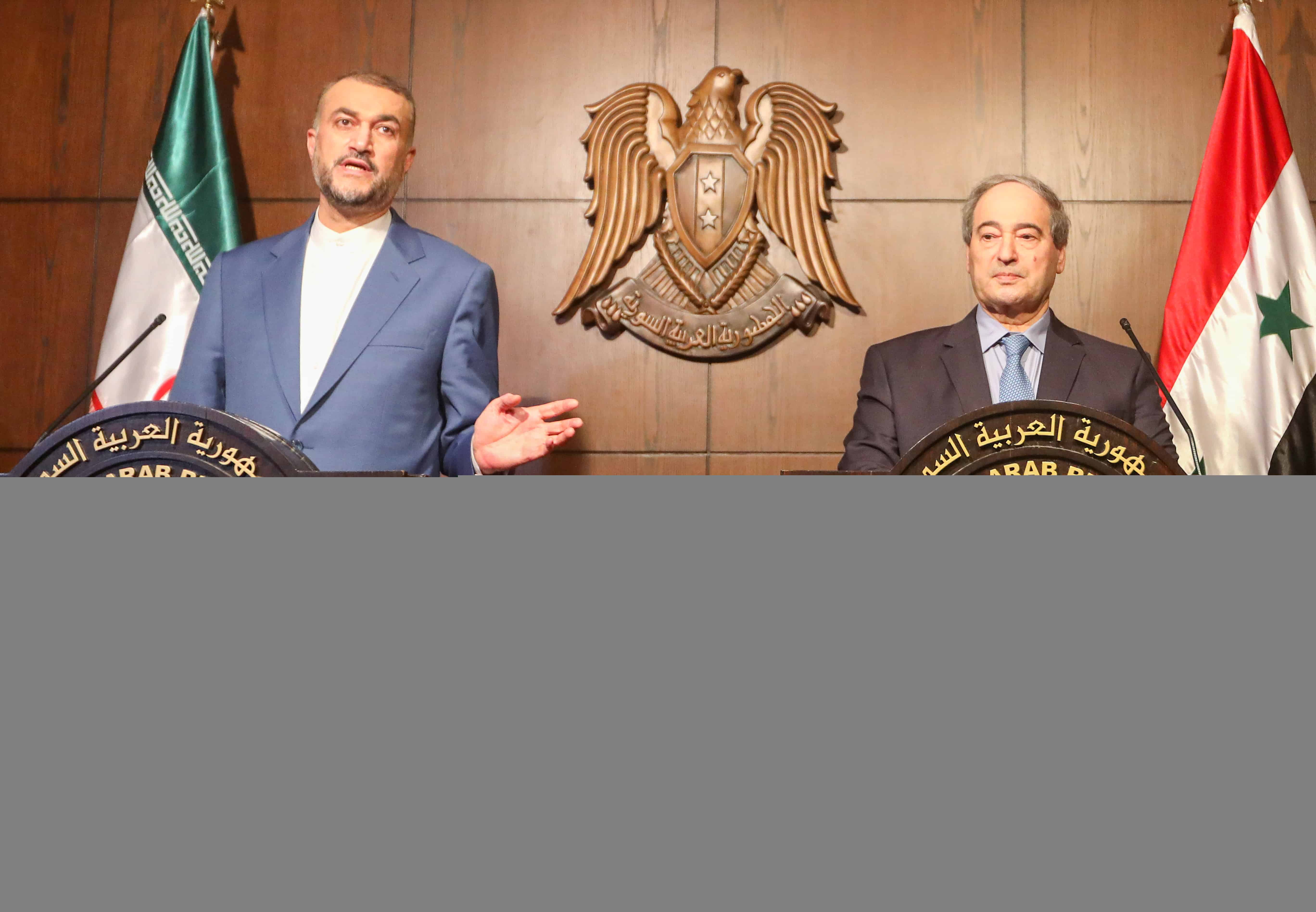 By TRENDS Desk AFP
July 3, 2022 1:12 pm
Share
Iran’s foreign minister warned Saturday on a visit to Damascus that Turkish military action in Syria would destabilize the region after Ankara threatened to launch a new offensive on Kurds in the country’s north.

“Any Turkish military action in the north of Syria would be a destabilizing element in the region,” Hossein Amir-Abdollahian told a press conference in Damascus, according to a simultaneous translation from Farsi to Arabic.

Iran is a major ally of Syrian President Bashar al-Assad and an important trading partner for Turkey.

Turkish President Recep Tayyip Erdogan said earlier this year he wanted to encourage one million Syrian refugees to return to their country by building them housing and infrastructure in their homeland.

In recent weeks, Erdogan has said he plans to launch a military offensive against Kurdish fighters in Syria Ankara regards as “terrorists”.

These include the US-backed Kurdish People’s Protection Units (YPG), which formed a crucial part of an international coalition against the Islamic State group.

“Turkish claims seeking to justify their offensive in Syrian territory… have no relationship with reality, and violate the provisions of the United Nations charter and principles of international law,” Assad told Amir-Abdollahian, the Syrian presidency said on Twitter.

He had said earlier that his visit “was aimed at establishing peace and security in the region between Syria and Turkey”, Iran’s official news agency IRNA reported.

“After my visit to Turkey… it is necessary to have consultations with the Syrian authorities,” IRNA quoted him as saying.

On Monday, Amir-Abdollahian said he understood the need for a new Turkish military operation against Kurdish rebels it has been fighting for decades.

“We understand that… maybe a special operation might be needed,” he said, adding that “Turkey’s security concerns must be addressed fully and permanently.”

Tehran is hostile to Kurdish militants who have carried out attacks in Iran as well as Turkey.

The Syrian government has repeatedly condemned Turkish threats to mount a new incursion and called Erdogan’s bid to create a so-called “safe zone” inside Syria, an attack on the war-torn country’s unity.