Jobs rise for first time in Egypt since 2019 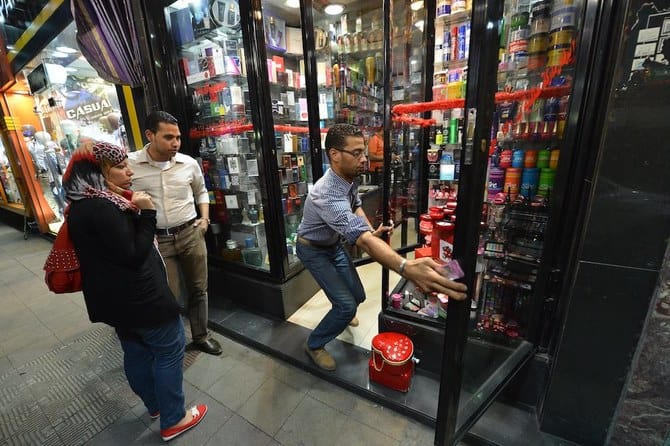 TO GO WITH AFP STORY BY JAILAN ZAYAN

DUBAI: The Egyptian jobs market moved into expansion mode in July, as latest PMI survey data indicated a rise in employment for the first time since October 2019, according to research firm IHS Markit.

Firms highlighted efforts to boost business capacity after a renewed increase in new orders during June. However, demand receded over the latest period as some customers remained reluctant to spend amid the continued impact of the pandemic.

Meanwhile, the influence of rising raw material prices, fuel costs and employee wages on cost pressures lessened in July, as the rate of input price inflation eased to a four-month low.

The headline seasonally adjusted IHS Markit Egypt Purchasing Managers’ Index– a composite gauge designed to give a single-figure snapshot of operating conditions in the non-oil private sector economy – fell from 49.9 in June to 49.1 in July.

The latest reading pointed to a slight deterioration in the health of the non-oil sector, and one that was softer than the series trend. After pointing to renewed expansions in June, both the Output and New Orders Indices fell back below the 50.0 neutral mark in July, as output and demand fell for the seventh time in eight months.

That said, rates of declines were less marked that those observed between March and May and during the first half of 2020. Weaker demand conditions were linked by survey panelists to a drop-off in domestic spending as clients remained hesitant due to ongoing COVID-19 measures.

On the flip side, businesses were helped by a sustained and solid increase in orders from foreign clients, as global economic conditions continued to improve, the report said.

Confidence towards future output levels continued to exceed the series average in July. Over 51 percent of panelists said that they expect activity to increase over the next 12 months, often citing hopes that the pandemic will end.