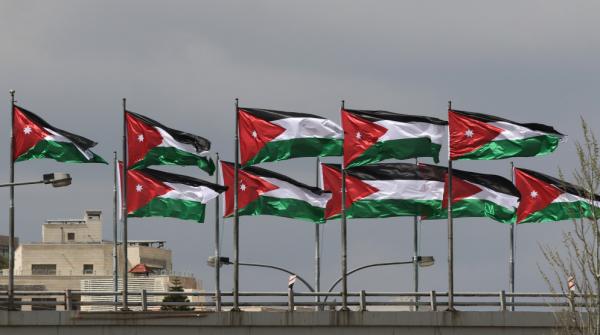 Jordan ranked fifth among Arab countries and fifty-eighth globally in the list of least corrupt countries out of 180 countries that were evaluated on the Corruption Perceptions Index (CPI) issued by Transparency International.

The report, issued Tuesday in Berlin, shows that Jordan has progressed by several indicators, and maintained its rank in some other indicators in 2021, noting that the levels of corruption are standstill in many countries, with 86 percent of countries making little to no progress in the last 10 years.

Transparency International found countries that violate civil liberties consistently score lower on the CPI. Complacency in fighting corruption exacerbates human rights abuses and undermines democracy, setting off a vicious spiral. As these rights and freedoms erode and democracy declines, authoritarianism takes its place, contributing to even higher levels of corruption.

“Human rights are not simply a nice-to-have in the fight against corruption. Authoritarian approaches destroy independent checks and balances and make anti-corruption efforts dependent on the whims of an elite,”  Delia Ferreira Rubio, Chair of Transparency International said. “Ensuring people can speak freely and work collectively to hold power to account is the only sustainable route to a corruption-free society,”

The CPI ranks 180 countries and territories by their perceived levels of public sector corruption on a scale of zero (highly corrupt) to 100 (very clean).

The CPI global average remains unchanged at 43 for the tenth year in a row, and two-thirds of countries score below 50.

The top countries on the Index are Denmark (88), Finland (88) and New Zealand (88), all of which also rank in the top 10 percent in the world on the Democracy Index civil liberties score.

In the last decade, 154 countries have either declined or made no significant progress.

Of the 23 countries whose CPI score significantly declined since 2012, 19 also declined on the civil liberties score. Moreover, out of the 331 recorded cases of murdered human rights defenders in 2020, 98 percent occurred in countries with a CPI score below 45.

Since its inception in 1995, the Corruption Perceptions Index has become the leading global indicator of public sector corruption. The Index scores 180 countries and territories around the world based on perceptions of public sector corruption, using data from 13 external sources, including the World Bank, World Economic Forum, private risk and consulting companies, think tanks and others. The scores reflect the views of experts and business people.

The process for calculating the CPI is regularly reviewed to make sure it is as robust and coherent as possible, most recently by the European Commission’s Joint Research Centre in 2017. All the CPI scores since 2012 are comparable from one year to the next.