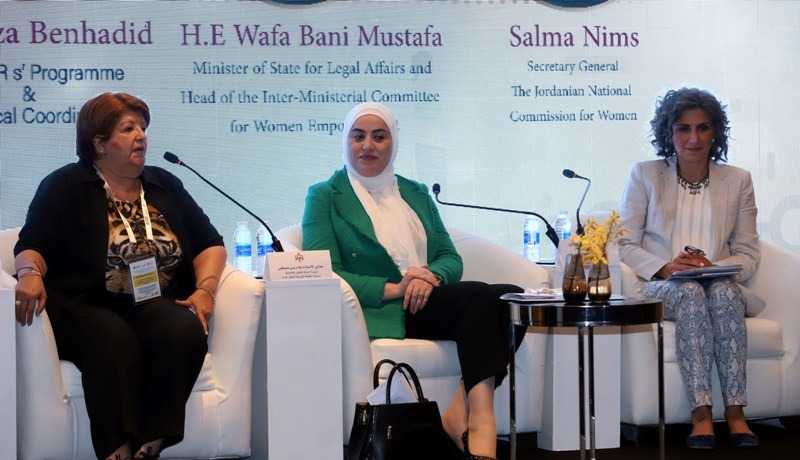 Jordan is working to improve women’s political and economic participation, as part of its effort to increase household income, revive the economy and increase GDP, Minister of State for Legal Affairs and Head of the Inter-Ministerial Committee for Women Empowerment Wafa Bani Mustafa said on Sunday.

According to her, International Labor Organization (ILO) has estimated that the gender gap in labor force participation in Jordan led to a loss of $8 billion in the value of GDP in 2018.

In addition, UNICEF estimates that Jordan’s GDP will grow by 5 percent each year as women participate more fully in the labor force over the next seven years, she explained.

As for Jordan’s ranking in economic participation according to the World Bank’s 2021 Gender Gap Report, the kingdom, Bani Mustafa said, ranked 133 out of 156 countries. The report  measures countries’ performance in 4 areas: Economic, political empowerment, respectively, health, and education.

This ranking, she noted, is an important indicator towards the need to work to increase women’s economic participation, and coordinate efforts with Jordan’s private sector to provide job opportunities, which would contribute to increasing women’s economic well-being.

Bani Mustafa said that Inter-Ministerial Committee for Women Empowerment is “aware” of the importance of increasing Jordan’s ranking on global indicators and will make efforts to this end.