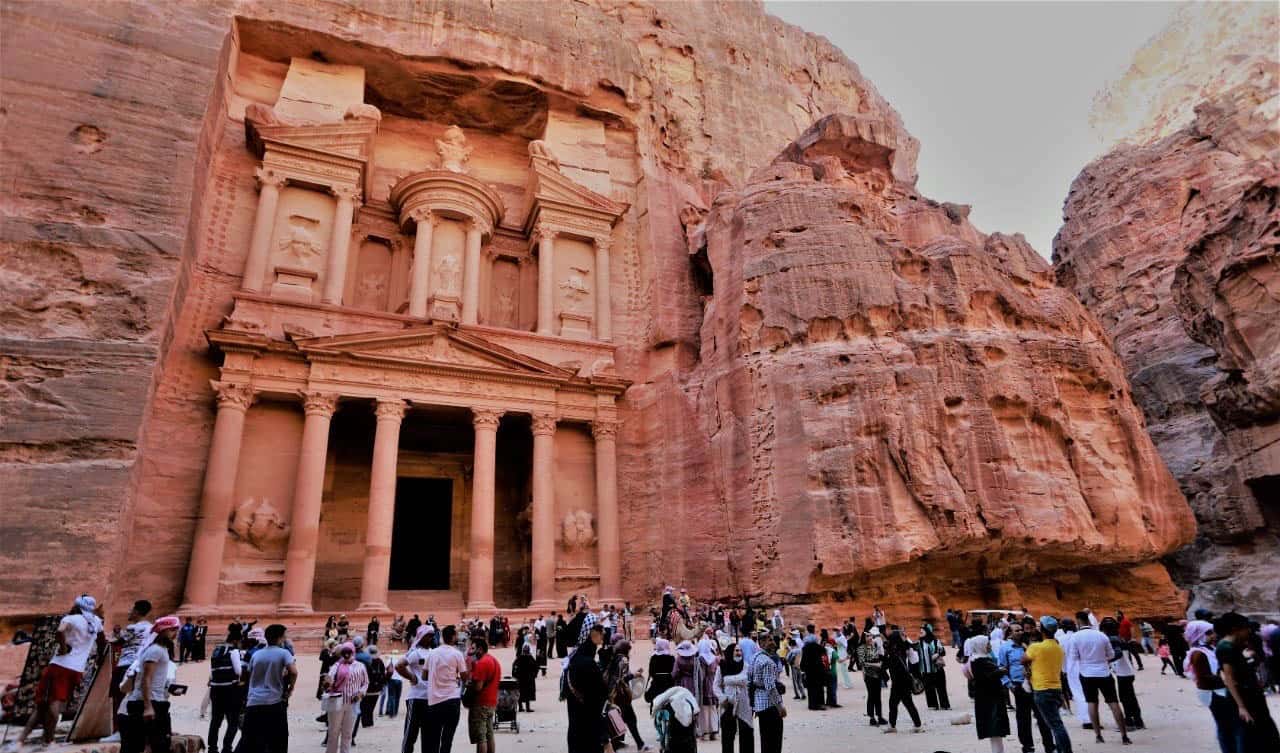 Tourists at the ruins of Petra. Credit: Jordan News Agency

Data from the Central Bank of Jordan (CBJ) showed an increase in the tourism income of the country in 2021 to $2.7 billion.

This, official sources said, was a 90 percent rise compared with a decrease of 75.7 percent in 2020 from the previous year.

The sources said the higher revenue this year as a result of the increase in the number of tourists, which was 2.358 million.

This hike was due to an increase in the number of tourists in December by about 190,000, to reach a total of 249,000 tourists in the month as compared to the year-ago period.

Tourism revenues from Jordanian expatriates accounted for 41.7 percent of the total income, said the data.

Tourism contributes in a significant way to the economy of Jordan. However, some observers say that the sector has a lot of room for improvement in the country.

That is probably why it is significant that the Jordanian cabinet in December last year endorsed the national strategy for tourism from 2021-2025.

The strategy reportedly seeks reinvigoration of tourism in the country in the aftermath of the coronavirus pandemic.