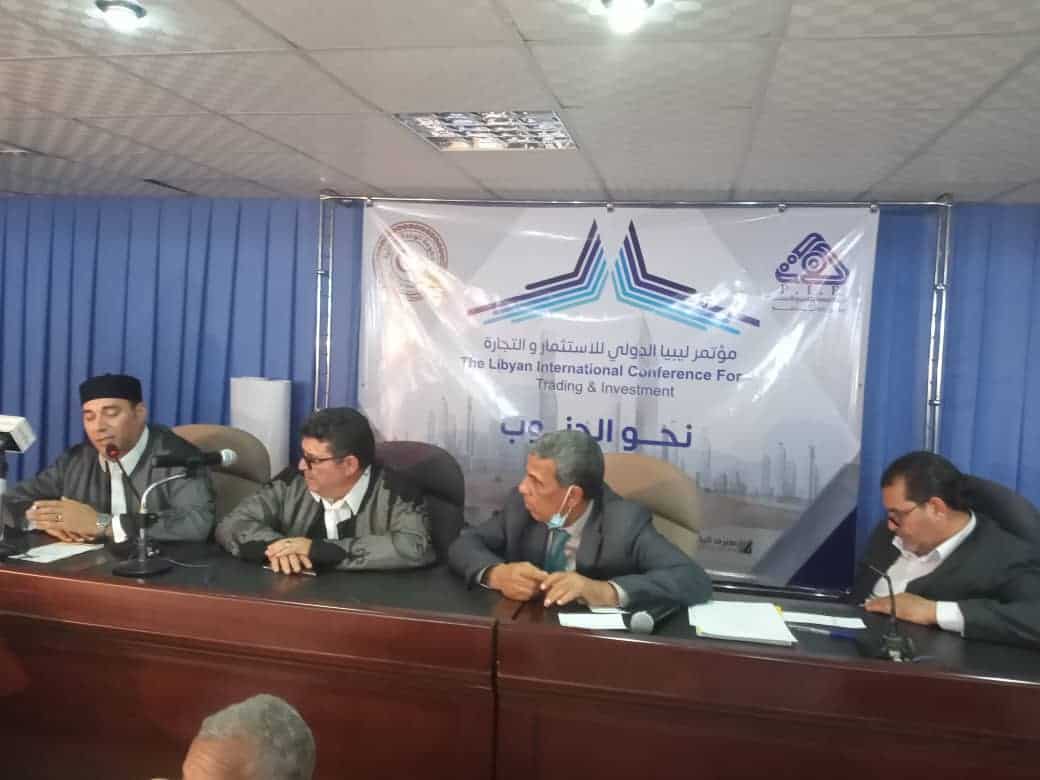 The participants in the Libyan  International Investment and Trade Conference on Friday called on businessmen, investors and international companies to invest in southern Libya, the gateway to Africa, to make use of natural resources and energy, and explore the prospects for cooperation especially in the transit trade.

The conference was held under the patronage of the Chamber of Commerce, Industry and Agriculture in Obari with Arab and international participation under the slogan “Southward.”

The conference was attended by mayors of The Municipalities of Obari, Al-Bwanis and Al-Ghreifa, representatives of the Ministry of Economy and Trade, the Union of Industry in Libya, institutions, Government bodies, businessmen and investors from Libya and from several European and Arab countries.

In their speeches, the mayors stressed the need to benefit from the geographical location of southern Libya, as a link and gateway between the north of Libya and countries of the Sahara and from there to the Mediterranean.