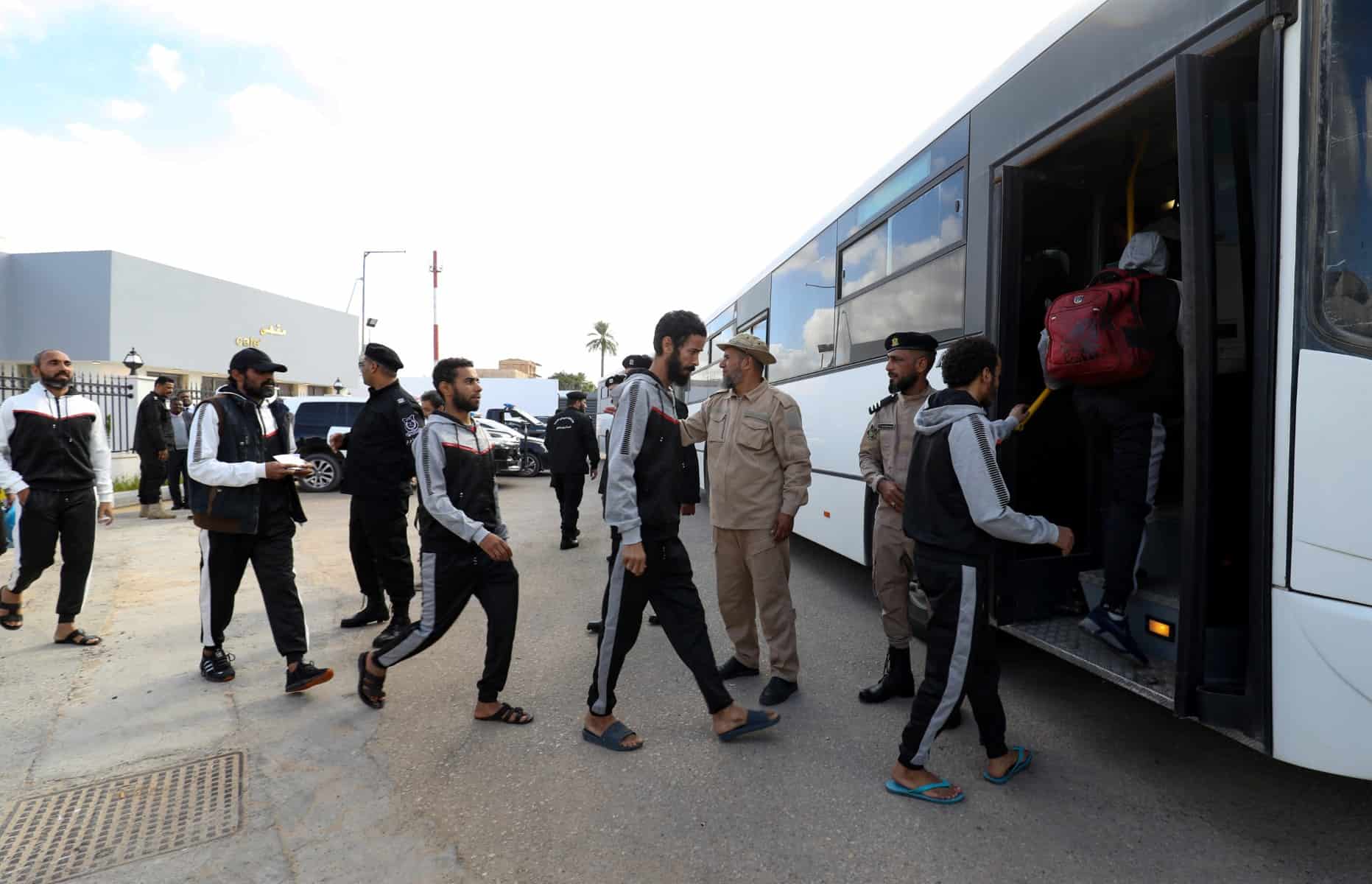 Migrants from various nationalities board abus as they leave the building housing the Anti-Illegal Migration Agency in the Libyan capital Tripoli, before being expelled to their countries of origin. (AFP)

By TRENDS Desk AFP
November 25, 2022 11:43 am
Share
Tripoli, Libya– Libya on Thursday sent more than 200 illegal migrants back across its land borders, in a rare display of cooperation from the country’s divided political institutions.The migrants, dressed in differing tracksuits to identify their nationalities, were handed biscuits, milk and bottles of water by police in Tripoli, before being bused in convoys to Libyan border crossings.

The group of returnees included “105 Egyptians, 101 Chadians and 20 Sudanese,” Badreddine al-Sed Ben Hamed, deputy chief of the bureau in charge of the operation, told AFP.

Embassy staff from the migrants’ home countries watched the process, with each group driven to border crossings with their home country.

The operation was organized by the Interior Ministry of Prime Minister Abdulhamid Dbeibah’s Tripoli-based government, whose authority is contested by a rival administration in Libya’s east.

But a deal with authorities there and in the south enabled coordination of the expulsions.

War-ravaged Libya is a conduit for thousands of people each year fleeing conflict and poverty across Africa, seeking refuge across the Mediterranean in Europe.

Most enter via the country’s vast southern borders in the Sahara desert.

Libya is regularly criticized for its treatment of migrants, with rights groups alleging horrific treatment at the hands of smuggling gangs and inside state-run detention centers.

Authorities and armed groups operating under state auspices have repeatedly been accused of torture, rape and other abuses.

The United Nations had previously handled the repatriation of refugees from Libya, but the deal between authorities in the west, east and south has enabled the Interior Ministry’s agency tackling illegal migration to work in a unified way across the country.

Tensions between the rival administrations in August spilled over into deadly gun battles between their militias that left more than 30 people dead in Tripoli.