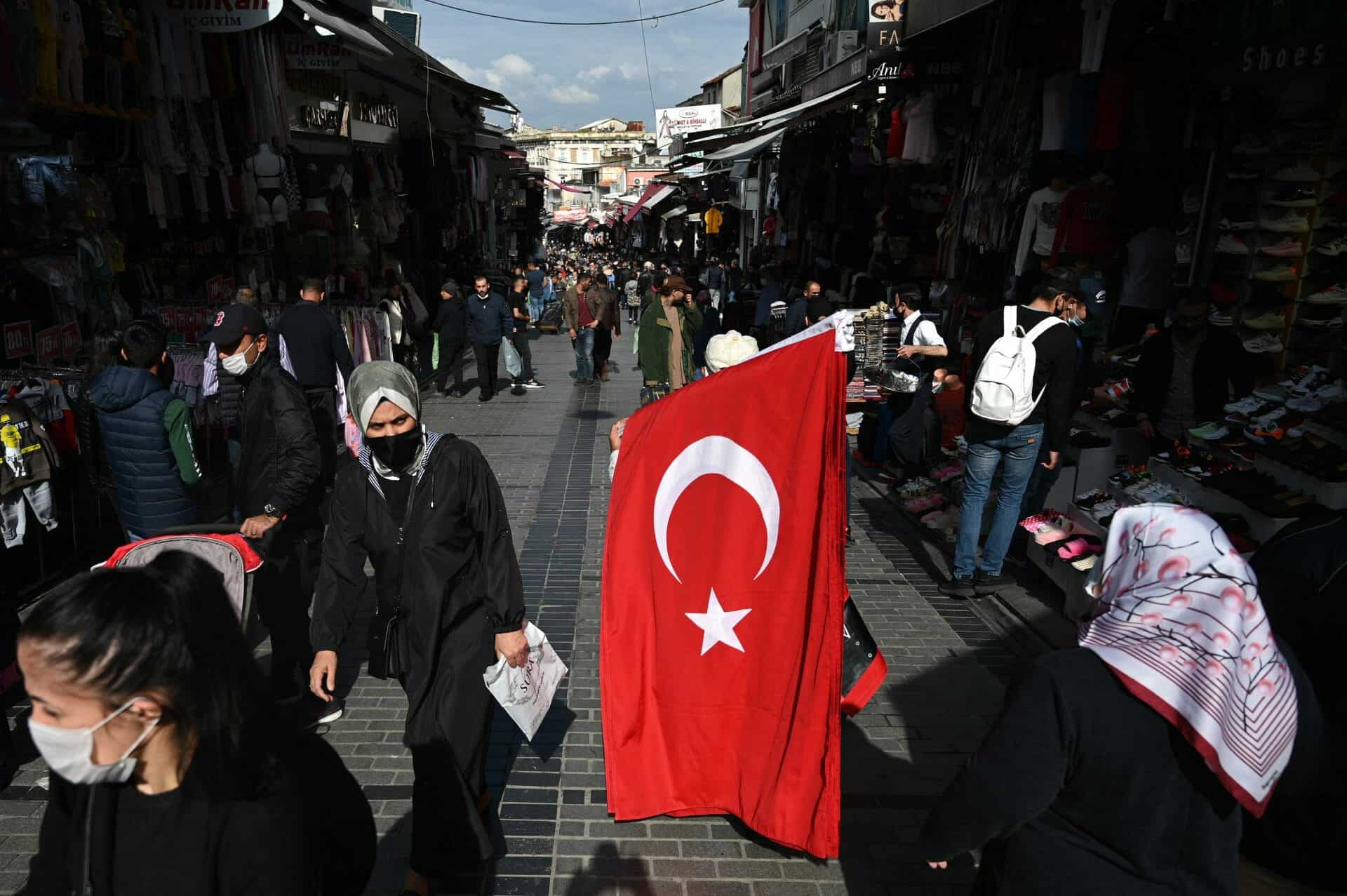 The reduction of the main rate to 14 from 15 percent comes in the face of an annual inflation rate that has surged past 20 percent and is expected to climb even higher over the next few weeks.

The lira was trading down nearly five percent after the announcement.

“The accompanying statement suggests that the easing cycle will be on pause early next year but, even so, the lira will remain under pressure and capital controls are likely,” the Capital Economics consultancy said in a research note.

This unorthodox approach has wiped out the value of people’s savings and thrown swaths of Turkish society below the official poverty line.

Erdogan has called for “patience” and argued that his approach will ultimately make Turkey less dependent on outside factors such as the scale of foreign investment and the price of imported commodities.

“We are determined to end (price fluctuations) as soon as possible,” he said in a televised address.

Possible pause?
Analysts and diplomats believe Erdogan unleashed his pro-growth policy in a bid to revive sagging approval numbers ahead of a general election due within the next 18 months.

The veteran Turkish leader is trying to fight spiraling inflation by bringing down borrowing costs — the exact opposite of what countries usually do in similar situations.

Central banks around the world are currently raising rates or winding down their cheap money policies to combat consumer price jumps caused by factors related to the coronavirus pandemic.

The Turkish central bank blamed most of last month’s consumer price increases on “supply-side factors such as the rise in global food and agricultural commodity prices, supply constraints, and demand developments.”

It said it would reassess “all aspects of the policy framework” over the first three months of 2022.

‘Unchained’
Erdogan has cited China as an example as he pushes for economic growth at all costs.

China brought down the value of its currency to help exports and achieve spectacular rates of economic expansion over much of the past two decades.

Turkey’s economy also expanded at an annual rate of 7.4 percent between July and September.

But most analysts believe Erdogan’s attempts to boost jobs and propel economic expansion through cheap exports are likely to end in social turmoil.

Official data show the price of staples such as pasta and potatoes rising by roughly 50 percent from November 2020.

One senior Western official said Erdogan feels “unchained” after stacking the central bank with allies and ousting ministers who refused to subscribe to his unconventional views.

“There is nobody around him anymore who can rein in this fundamental belief of his, whether it stems from his Islamic principles, or shopkeeper mentality, or combination of the two — he genuinely thinks this is going to work,” the Western official said.