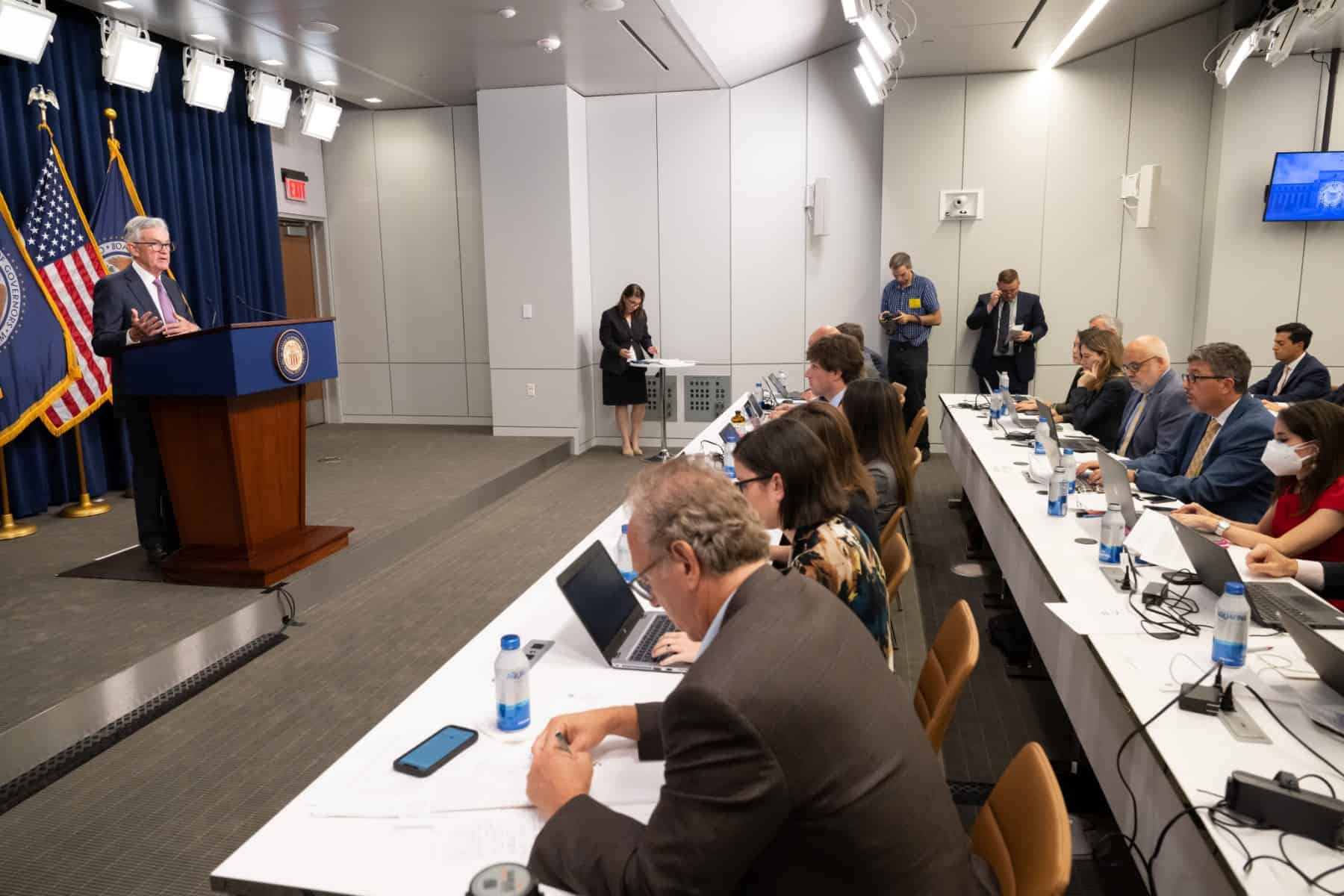 US Federal Reserve Board Chairman Jerome Powell speaks during a news conference. The Fed raised the key US interest rate again and said more hikes are coming. (AFP)

Stock markets retreated on Thursday as the US Federal Reserve and European central banks unleashed more hefty interest rate hikes that aim to stomp inflation but raise fears of recession.

European markets were down in afternoon trades, with London’s FTSE 100 shedding 0.5 percent after the Bank of England raised its rate again to combat inflation and signalled that the UK entered recession in the current quarter.

The BoE’s 0.5-percentage-point hike was smaller than the US Federal Reserve’s third consecutive 0.75-point increase.

While the Fed’s 0.75-percentage-point rise was widely expected, there was some surprise at the central bank’s forecast that borrowing costs would likely be held above four percent throughout next year.

Powell reiterated his determination to focus on bringing down inflation — which is at a four-decade high — and accepted that the campaign would hit Americans hard.

“What hit home for market participants yesterday is that the Fed, steered by Fed Chair (Jerome) Powell, really means business now in restoring price stability, and if that means a hard landing for the economy, so be it,” said Briefing.com analyst Patrick O’Hare.

In Asia, Indonesia and the Philippines also tightened monetary policy but the Bank of Japan bucked the global trend as it left its status quo in place.

The dollar pared back gains after rising against other major currencies following the Fed’s rate decision.

The British pound briefly dived to a new 37-year low at $1.1212 but recovered after the BoE announcement.

The yen, which has been plummeting due to the policy gap between the US and Japanese central banks, also clawed back against the dollar after Japan’s finance ministry said it intervened in the currency market.

Oil prices extended recent gains after Russian President Vladimir Putin’s announced a partial mobilisation of the Russian army and made a veiled threat to use nuclear weapons against the West.