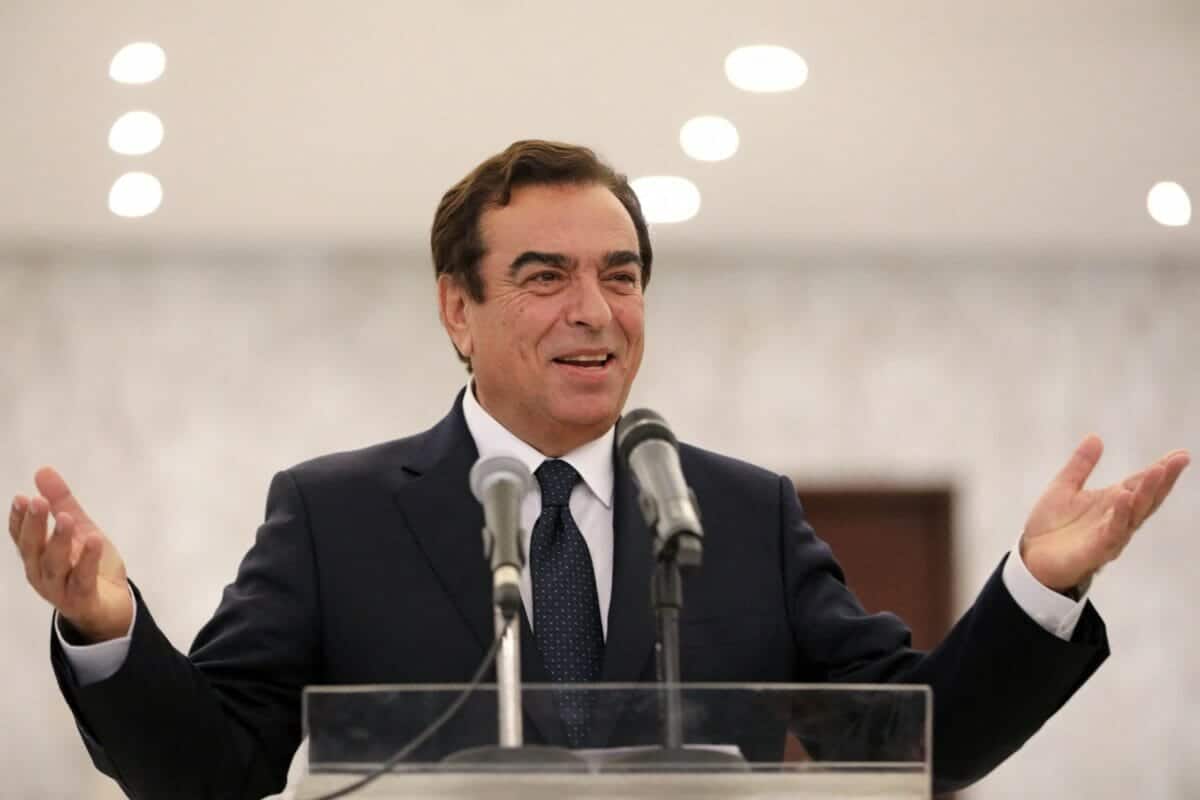 Lebanon’s Information Minister George Kordahi is at the center of the storm.

The United Arab Emirates on Saturday, October 30, recalled its diplomats from Beirut in “solidarity” with Saudi Arabia over a Lebanese minister’s criticism of the Riyadh-led military intervention in Yemen.

The row, which has also seen Saudi Arabia ban the imports of Lebanese goods and Kuwait and Bahrain expel Lebanese envoys, is a blow to a country already in the grip of crippling political and economic crises.

Lebanon had been counting on financial assistance from the Gulf to rescue its economy.

“The UAE announced the withdrawal of its diplomats from Lebanon in solidarity with the sisterly Kingdom of Saudi Arabia in light of the unacceptable approach of some Lebanese officials towards Saudi Arabia,” the foreign ministry said in a statement.

UAE citizens were also barred from travelling to Lebanon.

The crisis broke out on Friday when Saudi Arabia recalled its ambassador from Lebanon and ordered the Lebanese envoy to leave the kingdom within 48 hours.

It was sparked by the broadcast this week of an interview in which Lebanon’s Information Minister George Kordahi criticized the Saudi-led military intervention in Yemen.

In his remarks — recorded in August but aired on Monday — Kordahi called Yemen’s seven-year war “futile” and said it was “time for it to end”.

He said Yemen’s Houthi rebels were “defending themselves… against an external aggression”, adding that “homes, villages, funerals and weddings were being bombed” by the Saudi-led coalition.

The Houthis are backed by Iran, which has significant influence in Lebanon, where it backs the Shiite movement Hezbollah.

“There is no crisis with Lebanon but a crisis in Lebanon because of Iranian dominance,” he told Al-Arabiya television, adding: “Hezbollah’s dominance of the political system in Lebanon worries us.”

In Beirut, a ministerial crisis cell met to tackle the rift. Foreign Minister Abdallah Bou Habib invited a US diplomat to attend, saying “the Americans are capable of addressing the current crisis”.

“We have high hopes” that a solution will soon be found to repair ties with the Gulf states, Education Minister Abbas Halabi told reporters.

Kordahi’s comments have sparked calls for him to resign or be sacked.

“Sack this minister who will destroy our relations with the Arab Gulf before it is too late,” Lebanon’s Druze leader Walid Jumblatt tweeted.

Kuwait’s foreign ministry said the expulsion and recall were due to the Lebanese government’s “failure” to “address the unacceptable and reprehensible statements” against Saudi Arabia and Gulf Cooperation Council countries.

Kuwait is a member of the six-nation GCC, along with Saudi Arabia, Bahrain, Oman, Qatar and the UAE.

Saudi Arabia on Friday also slammed Lebanon’s failure to “stop the export of the scourge of drugs… to the kingdom, especially in light of the terrorist Hezbollah’s control of all ports”.

Riyadh earlier this year said that it had confiscated thousands of Captagon pills hidden in a shipment of fruit from Lebanon.

The kingdom, which wields influence over many of the smaller Gulf states, has stepped back from its former ally Lebanon in recent years, angered by the influence of Hezbollah.

In late 2017, Lebanon’s then prime minister Saad Hariri, who had been supported by Saudi Arabia for years, announced in a televised address from Riyadh that he was resigning, citing Iran’s “grip” on his country.

He spent two weeks in Riyadh amid speculation he was being kept under house arrest, before France intervened. He withdrew his resignation after arriving back in Lebanon.

Suleiman Franjieh, who heads Lebanon’s Marada Movement and endorsed Kordahi’s nomination as minister, sprang to his defense on Saturday.

He did not nominate him “to offer him as a sacrifice to anyone”, he said, noting that he had refused to accept Kordahi’s resignation.

Qatar — which in January this year repaired a rift of its own with Saudi Arabia — and fellow GCC member Oman urged restraint and dialogue.

“The (Qatari) foreign ministry calls on the Lebanese government to take the necessary measures… urgently and decisively, to calm the situation and to mend the rift,” it said.

Oman said all parties should strive “to work to avoid an escalation, and address differences through dialogue”.

He also urged Lebanon’s president and prime minister to take steps to ease the crisis.